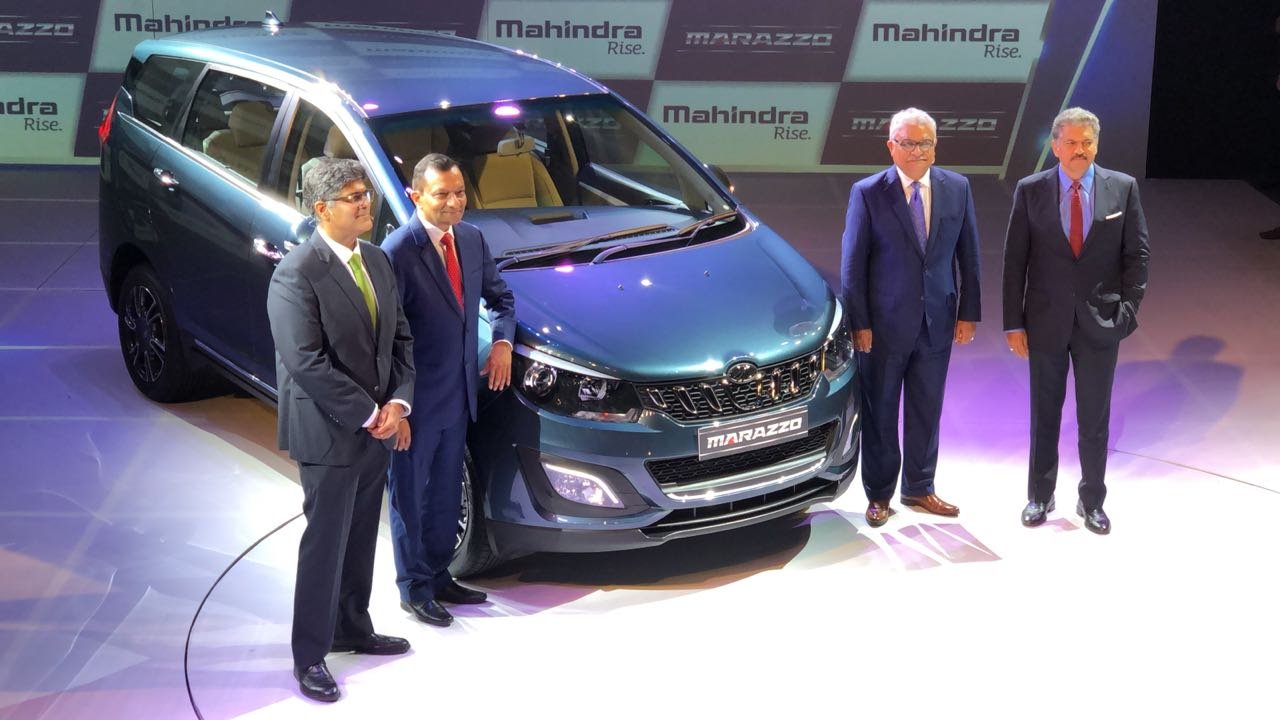 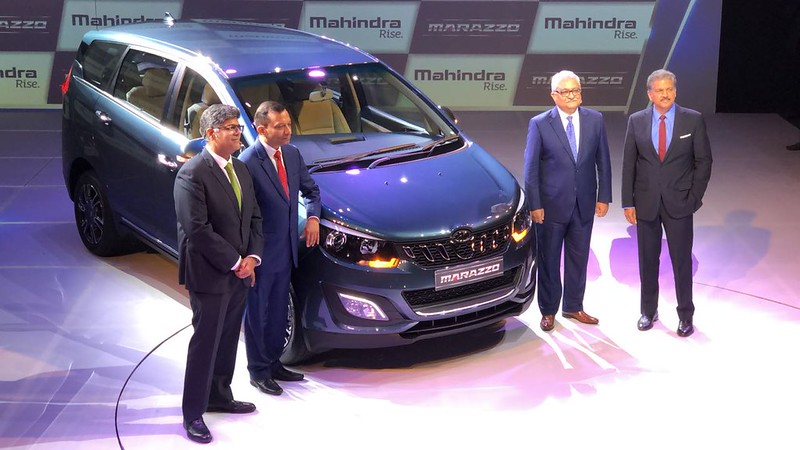 Mahindra has just now launched the highly anticipated MPV the Marrazzo at a killer price starting at Rs.9.99 Lakh ex Showrooms while the fully loaded version is priced at an amazing Rs. 13.90 Lakh ex showroom. The Mahindra Marazzo is the newest premium, seven seater MPV to be launched in the country and also becomes the first for Mahindra in its lineup. Mahindra has invested $200 million towards the design and development of the Marazzo MPV. 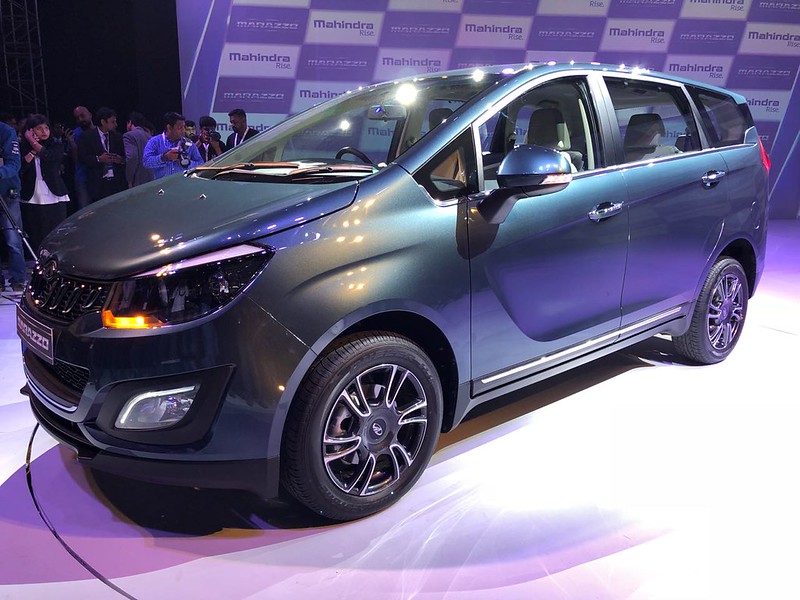 Mahindra developed the Marazzo from ground zero entirely in-house with key design and styling inputs coming from leading design house Pininfarina which is also a part of the Mahindra group. The vehicle draws heavy inspiration from the Shark and the design and styling is based on it. The Marazzo is available in seven- and eight seat configurations coming in four trims (M2 to M8) powered by one Diesel engine option for now with a manual transmission option. 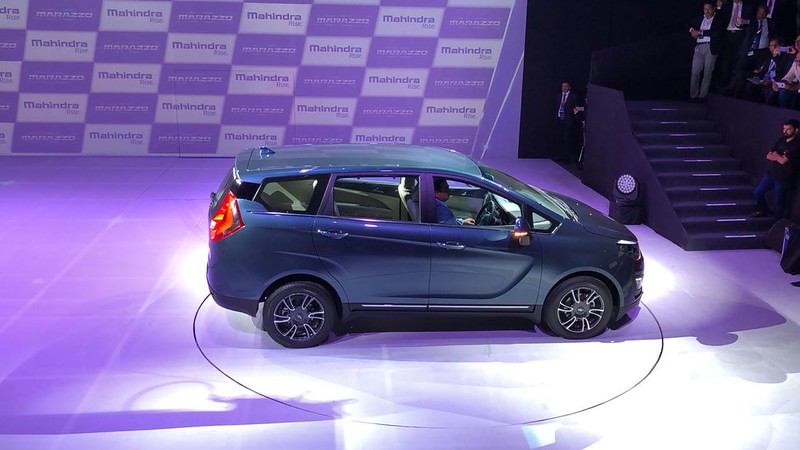 The Marazzo comes with the largest footprint seen on any Mahindra model yet, and its large dimensions are accentuated with bold exterior features and aggressive styling. The Mahindra Marazzo’s styling is touted to be inspired by the Shark and several of the MPV’s styling bits have been designed on the same theme. Up front, the MPV comes with a stylish chrome-toothed grille, bold double barrel headlamps with pilot lights, and eye-shaped foglamps with integrated LED daytime running lamps. The MPV also features 17-inch alloy wheels, large ORVMs, and shark-tail-inspired taillamps, connected by a thick chrome slat. 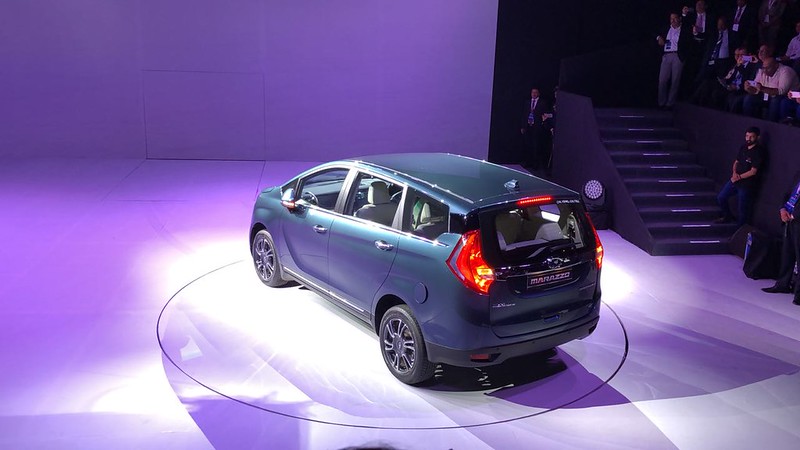 The design and styling is very catchy with the ‘shark-inspired’ grille in the front while LED DRLs and 17-inch black-finished alloy wheels come on the top-spec trims of the Marazzo.   All the variants come with ABS and EBD as standard. Powering the Marazzo is Mahindra’s all new 1.5-litre, four-cylinder turbo-diesel engine that makes 120 bhp and hits out 300Nm of peak torque coming mated to a manual 6-speed transmission. Petrol version of the Marazzo is expected later as per Mahindra officials. 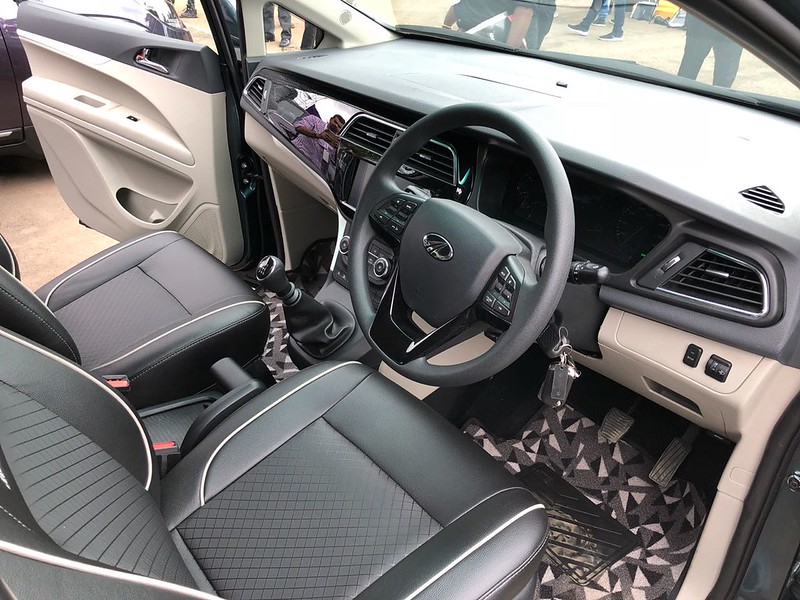 On the inside the Marazzo is offered in both 7-seater and 8-seater layouts, 7 seater comes with captain seat in the middle row, the 8-seater model gets a foldable bench seat with a 40:20:40 split function to get in the 8th passenger. The cabin design feels  premium and trendy that comes withoff-white interior with a dual-tone black & off-white dashboard and a glossy centre panel with a multi-pixel design and chrome bezels for the air-con vents adding to the glamour inside here. 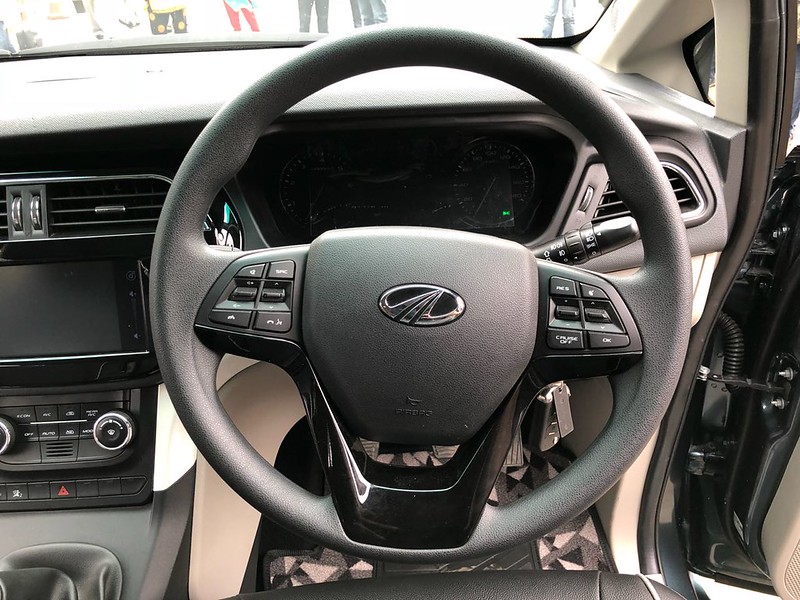 On the features list, the Marazzo comes loaded with a touchscreen infotainment system with USB, Bluetooth & AUX-IN connectivity, dual-pod instrument console with a large MID unit, and a roof-mounted air-con system, which comes with what Mahindra claims to be an industry-first surround cool technology. The Marazzo also comes with a new three-spoke steering wheel mounted controls for audio, telephony and cruise control, and an automatic climate control. 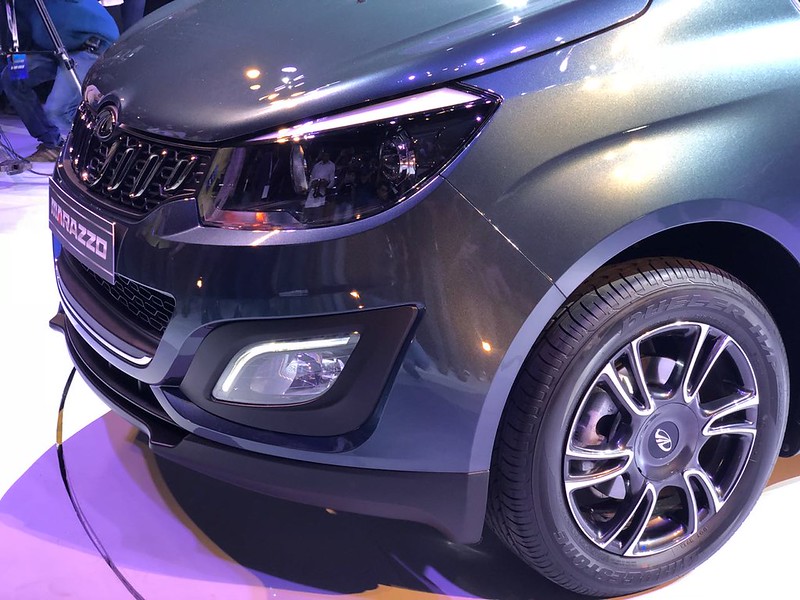 Mahindra claims the Marazzo fuel efficiency to be of 17.6 kmpl. Mahindra has invested $200 million towards the design and development of the Marazzo MPV. The Mahindra Marazzo competes with the Tata Nexa, Toyota Innova and also the Renault Evalia. Watch out for our detailed readiest review of the Mahindra Marazzo on MotorWorldIndia very soon. 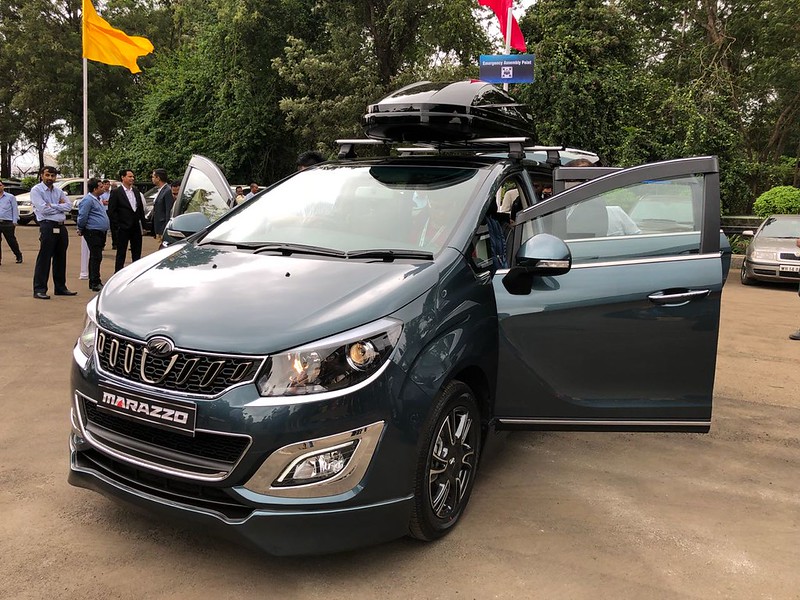 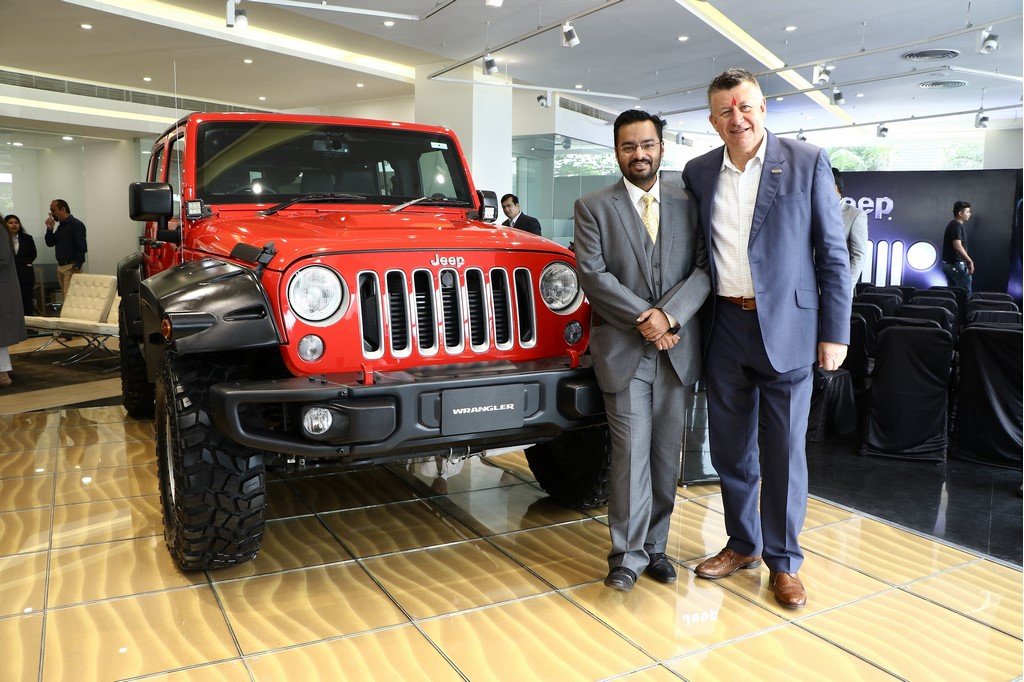 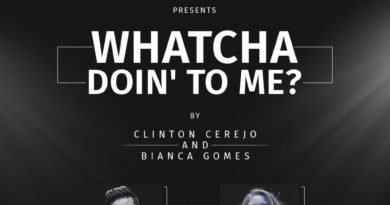