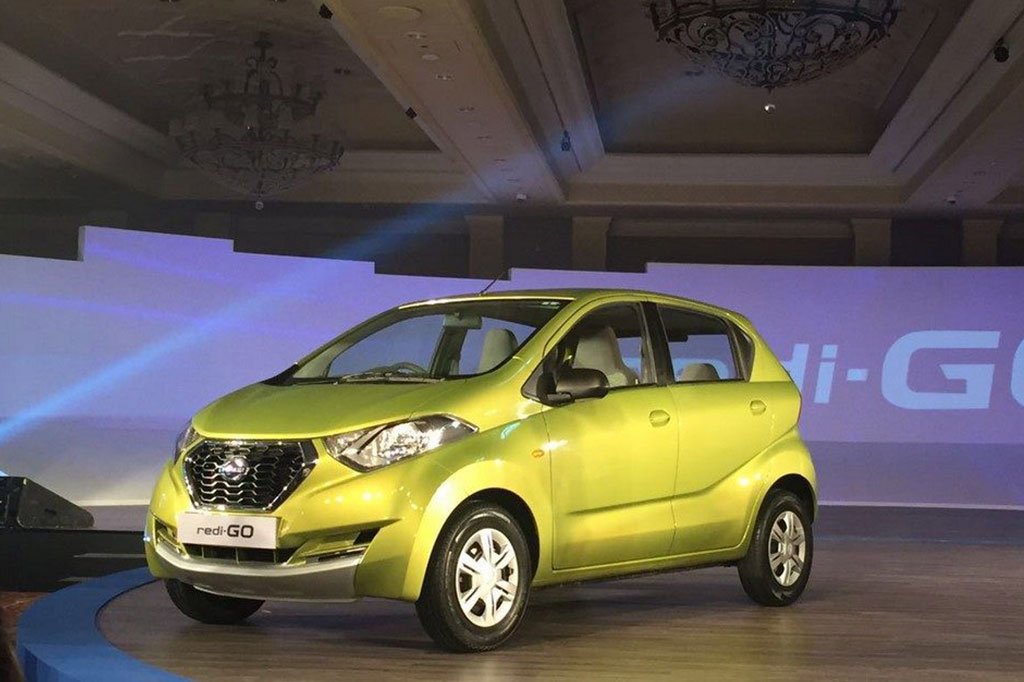 Datsun India has unveiled its entry level hatchback Redi-GO globally in India. Pre-bookings for the car will commence on 1st May with deliveries starting on the 1st of June 2016. 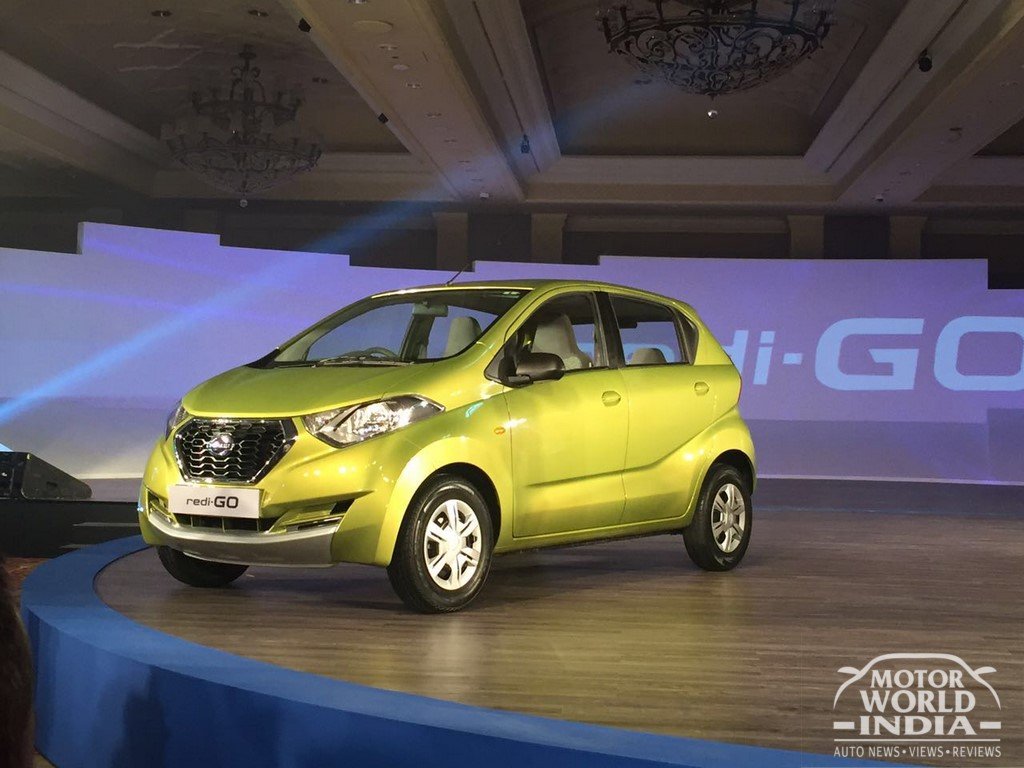 Datsun Redi-Go, the company’s third offering in India has been finally revealed to the world in production spec avatar. The design of the car remains true to the concept which was first shown at the 2014 Delhi Auto Expo. The Redi-Go is the first Datsun in India to be based upon the Nissan-Renault alliance’s CMF-A platform that also underpins the Renault Kwid. The styling though is quite different to the French hatchback. The Datsun Redi-Go is being positioned as an urban crossover and it definitely looks the part. There are loads of cuts and creases on the metal work which will definitely make it stand out from competition like the Maruti Suzuki Alto. 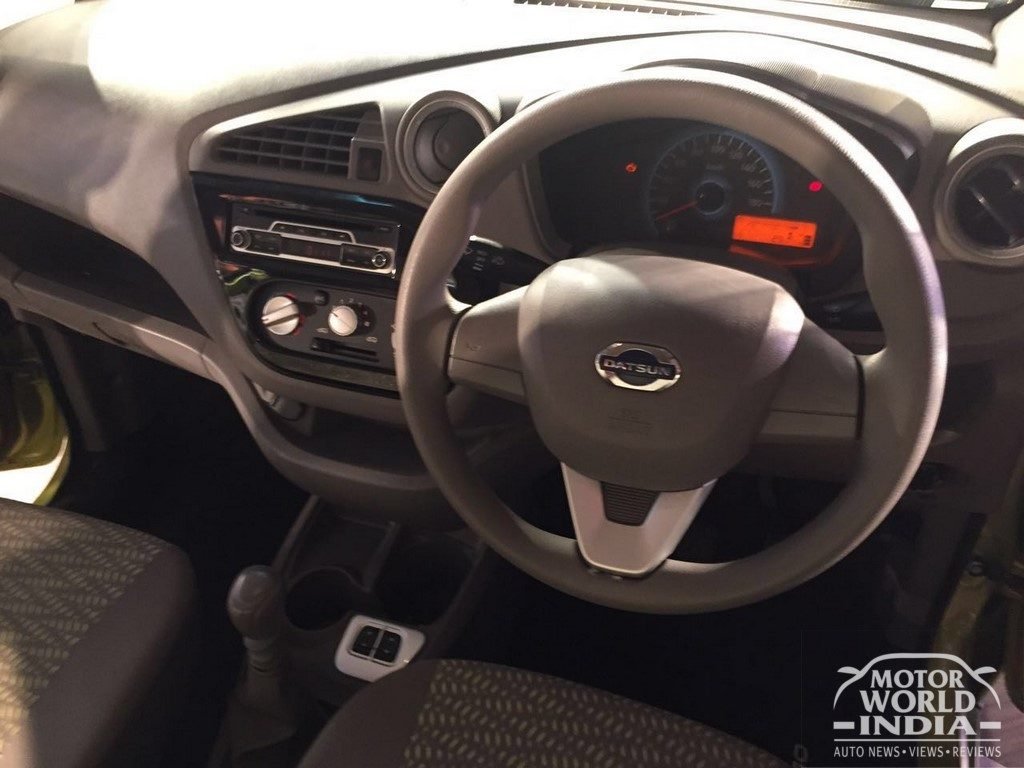 The Datsun Redi-Go will be powered by an 800cc 3-cylinder petrol motor that currently powers the Kwid and will come mated to a 5-speed manual gearbox. The 1.0-litre engine mated to an AMT automatic gearbox that the Renault Kwid is expected to launch soon with, will also be offered on the Redi-Go at a later stage. The car will run on 13-inch wheels and will be offered with a wide range of customization options, just like the Renault Kwid. It will also offer class leading ground clearance at 185mm despite the smaller sized rims. 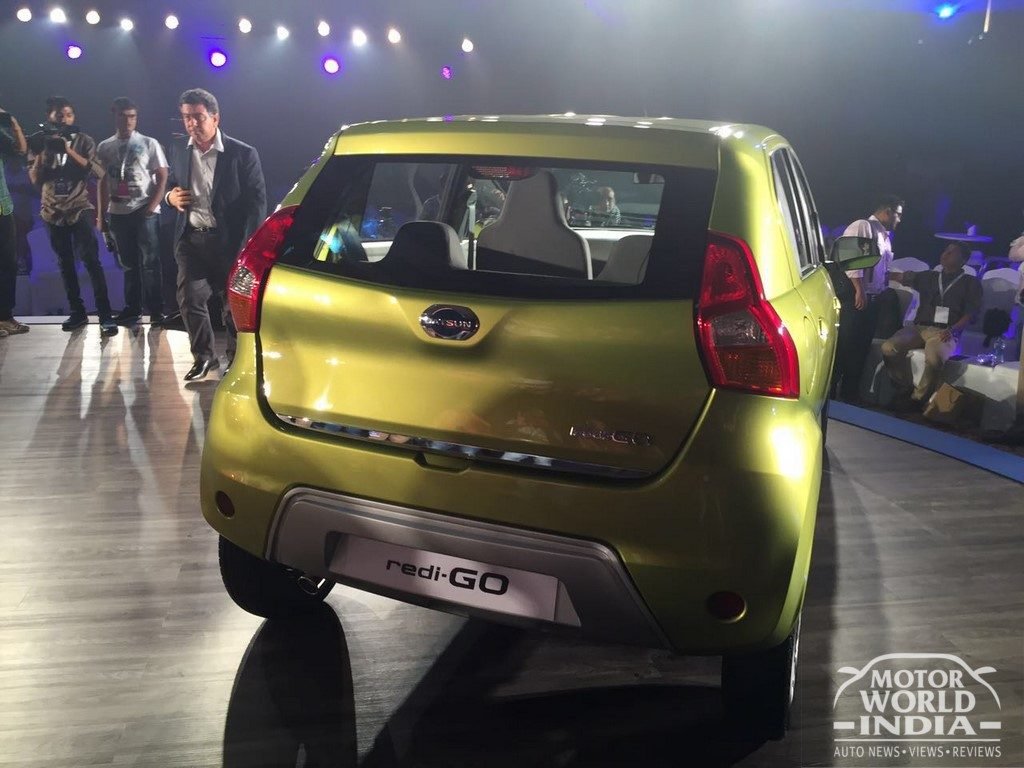 On the insides, the Redi-Go offers a grey-black theme like other Datsuns. The steering wheel looks familiar and the instrument cluster looks plain and not as futuristic as the Kwid’s all digital setup. The centre console features a CD player with support for AUX and USB drives. Prices for the Datsun Redi-Go will be announced on 1st June and we expect the car to undercut the Renault Kwid by at least Rs. 20,000/- at an estimated starting price of Rs. 2.40 lakhs ex-showroom. Datsun will sell the Redi-Go alongside the Go and the Go+ via 215 Nissan outlets spread across the country in 165 cities. 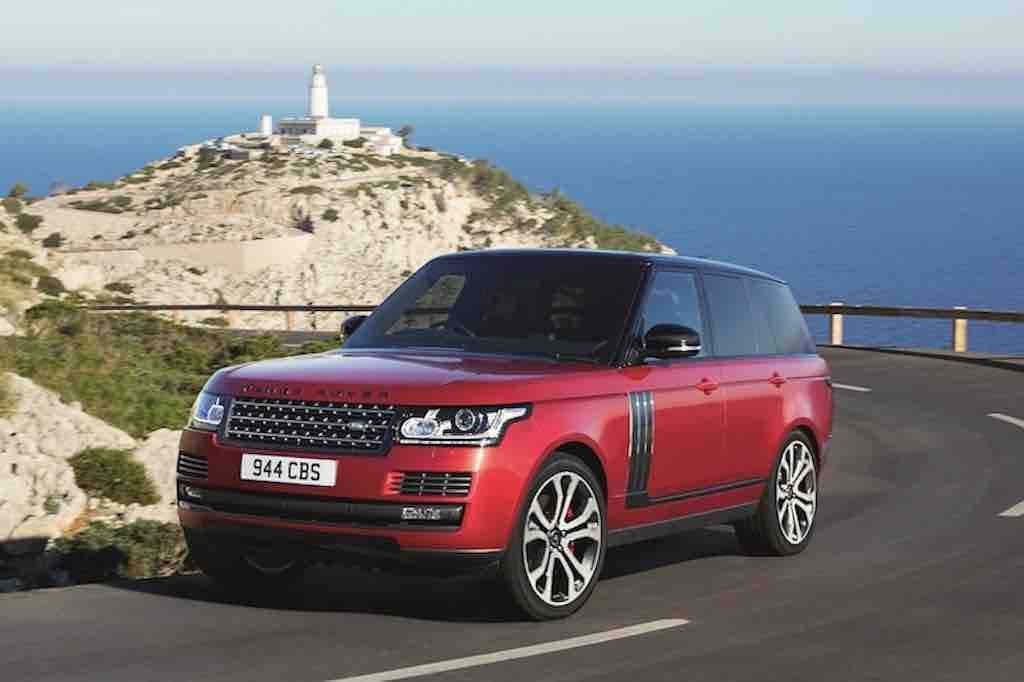 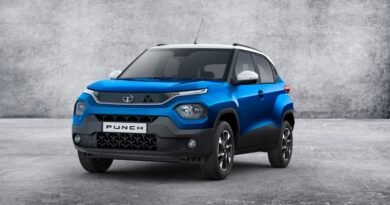