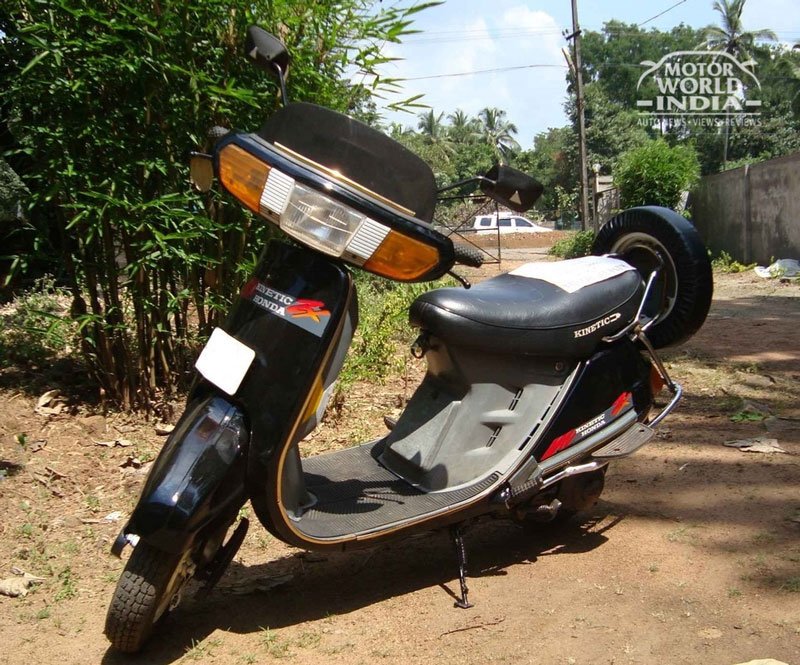 Can you imagine a scooter from the 80’s which was not a Bajaj? Do you know about a scooter in which the front metal basket was offered as an accessory for a mere 55 rupees? In India, the Chetaks and the Supers were a household name back then. Owning a scooter was almost as prestigious as owning an Alto 800 or a WagonR in today’s date. Kinetic Honda Limited, a joint venture between Kinetic Engineering Limited and Honda Japan, produced the Kinetic Honda, which many of us may be able to recognize by its signature starter sound. 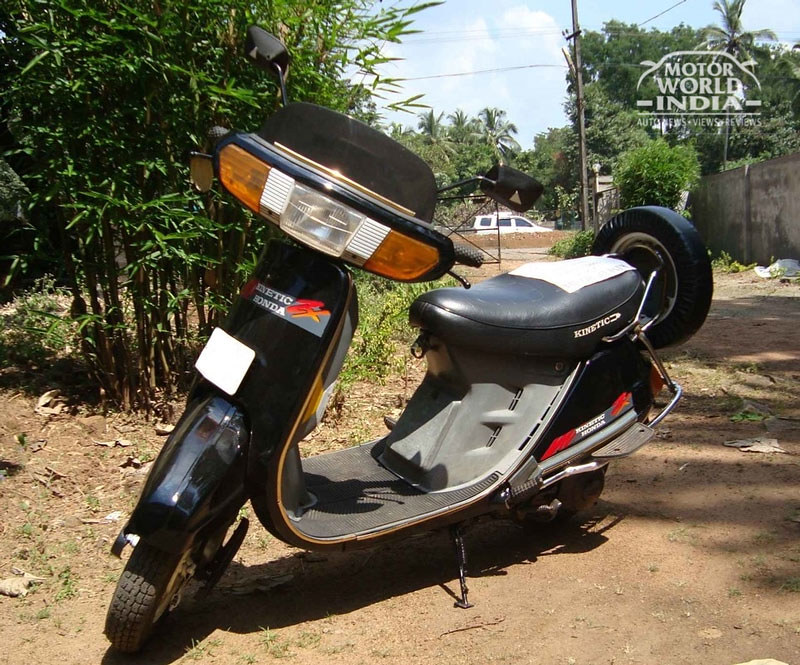 A 2 stroke 100cc engine which churned out a respectable 7.7 Bhp at 5600 rpm, made the scooter extremely peppy. The Kinetic Honda was based on the Honda NH100 which was a very sucessful scooter model from Honda. This scooter had some cool features which were absent on almost all the other scooters of its time. A futuristic speedometer with a cool grid pattern in the background, an automatic transmission and a wide comfortable single seat were some of the highlighted features. This scooter had a streamlined body shape with indicators flushed to the surface, which looked very trendy. A single rear view mirror was offered with the scooter which was mounted in such a manner which would make stealing, a challenging task. 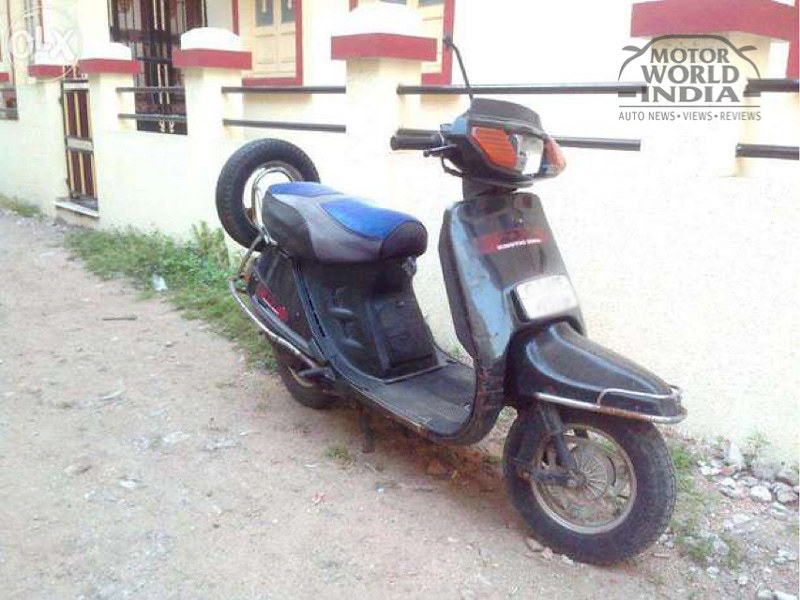 Controls were conveniently placed and were easily accessible, except the ignition switch, which was rather cumbersome to access. If compared to a Chetak which had a 22cm long kick starter, the Kinetic Honda had a shorter 14cm one, which ultimately meant a very small kick travel. It had a decent ground clearance, which meant speed-breakers and rumblers were not much of a challenge. 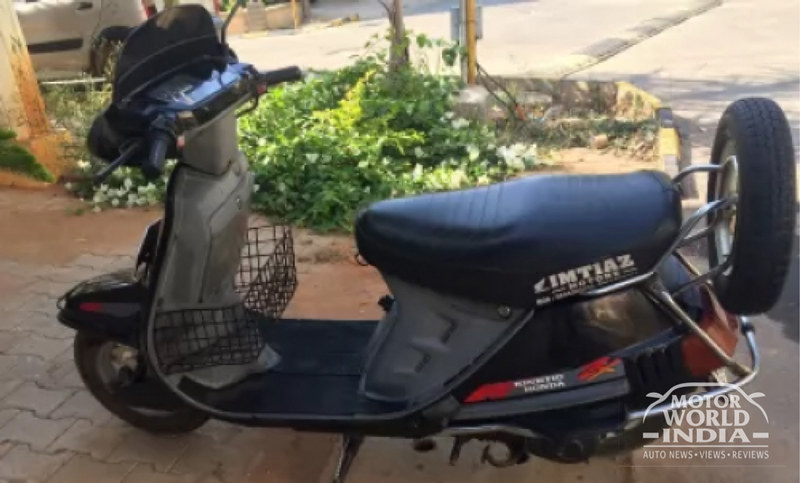 This scooter was never built for speed, but could do around 70 kmph easily. Ride quality was superb, thanks to a twin trailing link suspension at the front and a small, but sturdy mono-shock at the rear. 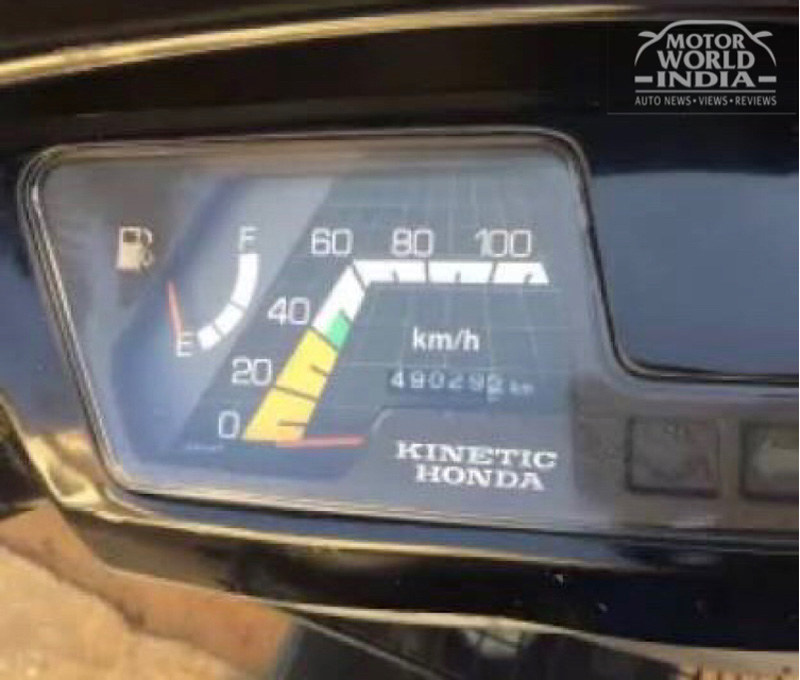 A long and wide seat meant you could go the distance on this scooter without being tired. A light weight, but sturdy design was capable of taking you through rough and kuchha roads. Kinetic Honda was a tremendous upgrade over the traditional Bajaj, with all the little quirks and features. Such little things make this scooter a wonderful piece of machinery. 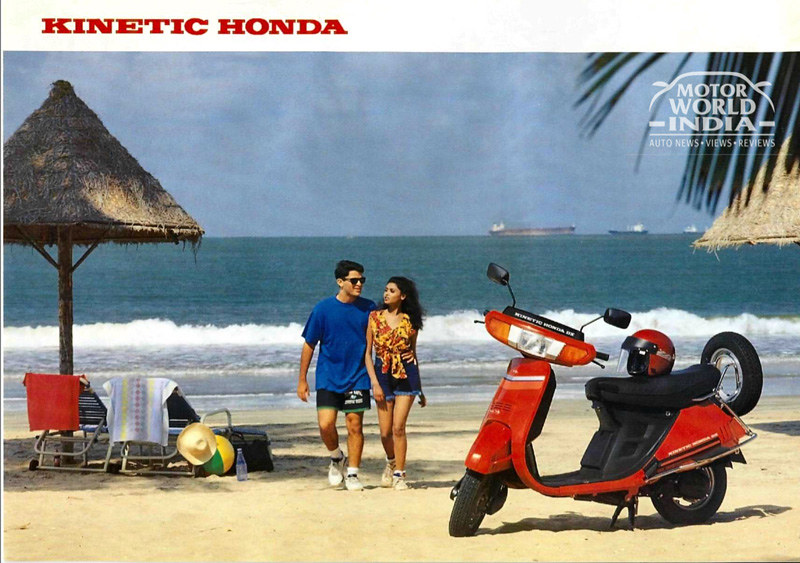 I can still remember my uncle taking me to my school on this scooter and each time he took me for a ride it was equally thrilling. I am sure majority of us might have some fond memories of this wonderful scooter, which was called the Kinetic Honda. 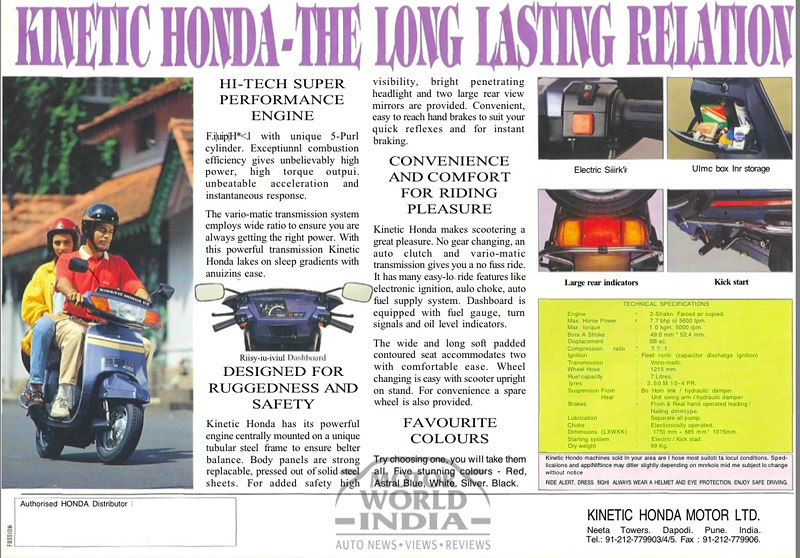 Kinetic Honda was our countries first Automatic gearless variomatic scooter that probably was your 1st scooter too in your younger days. This was one scooter that single handedly revolutionized the scooter segment. One of the most loved and fondly remembered scooters by young and old, most preferred by ladies too for its ease of riding and no fuss maintenance. Kinetic Honda continued to sell in various avtaars like the DX, EX, ZX, Y2K, 4S, Marvel. Sadly the Kinetic Honda was phased out in 2008 once the company sold their 2 wheeler stake to Mahindra. 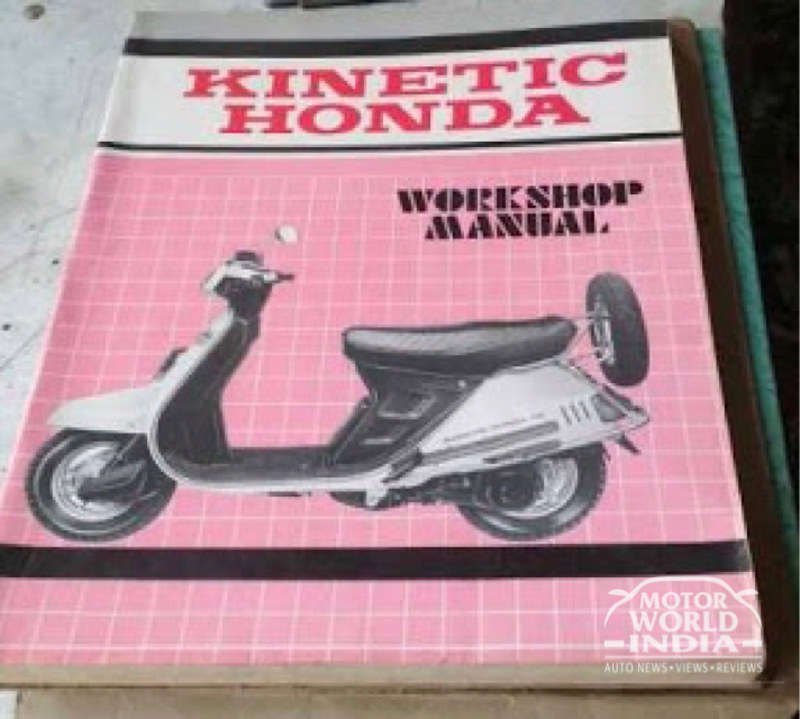 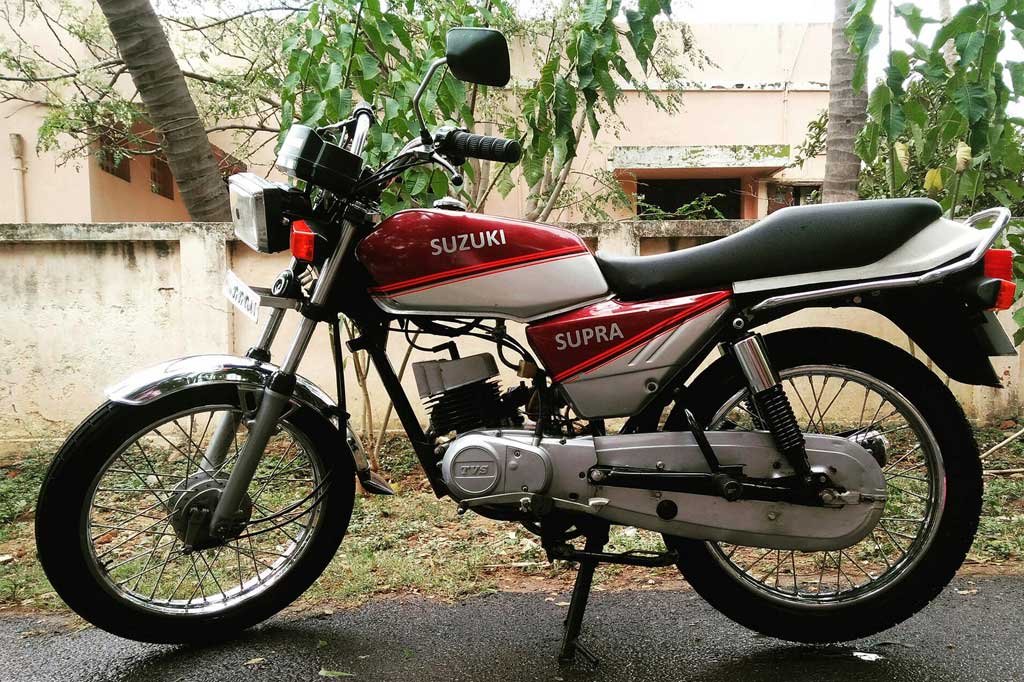 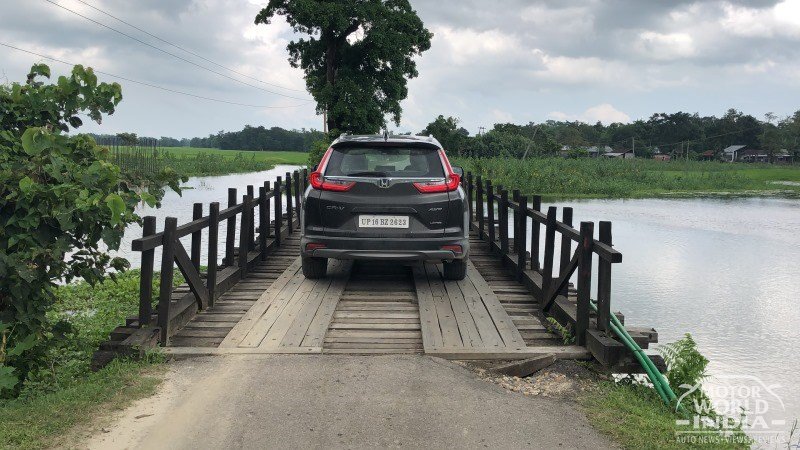 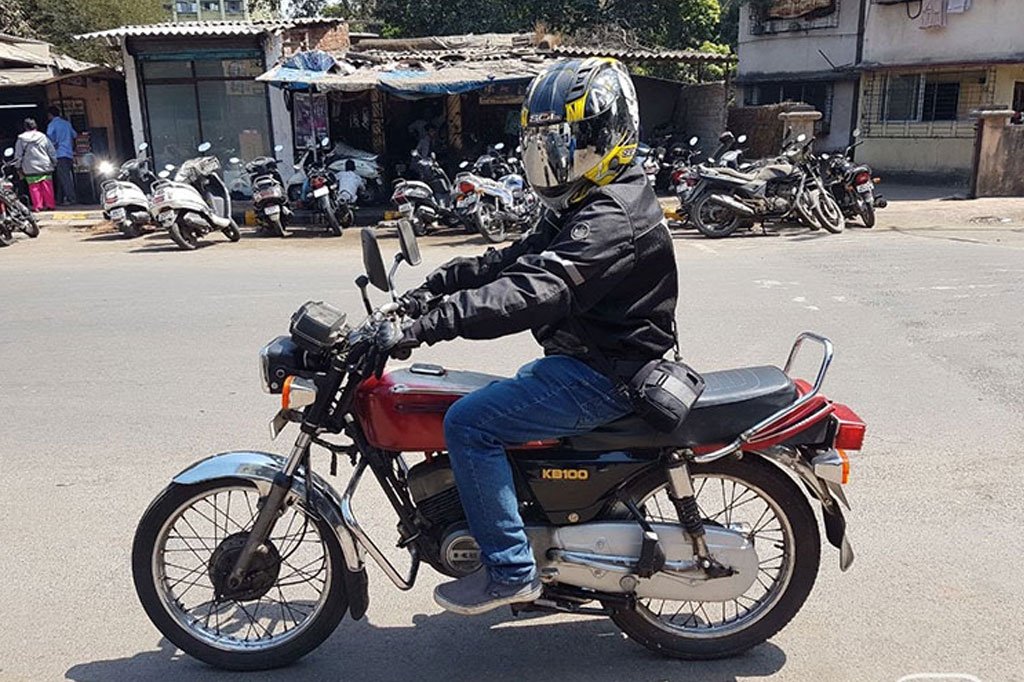