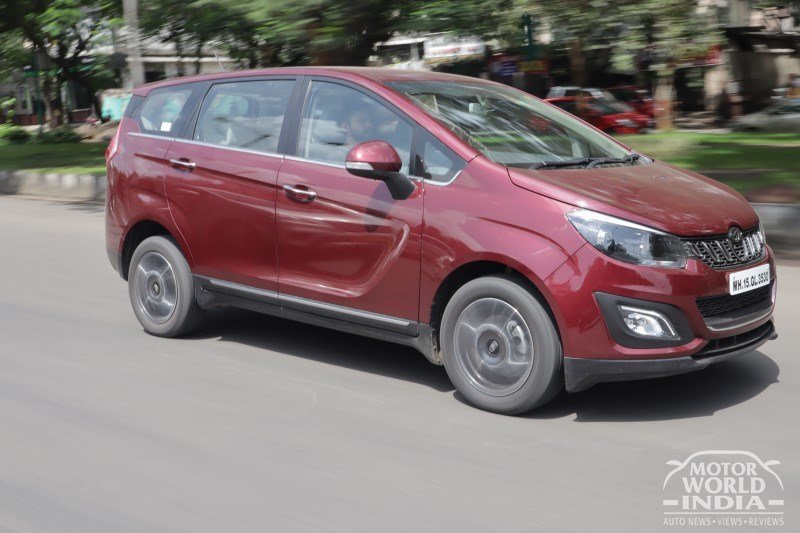 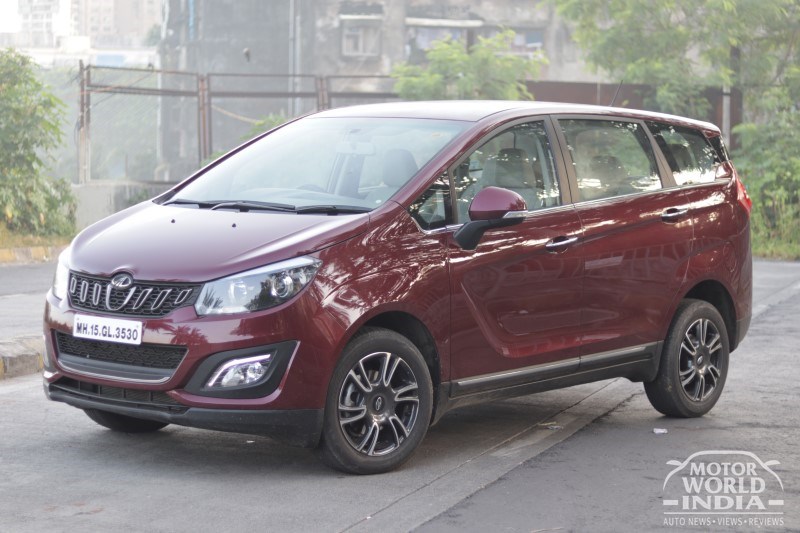 Mahindra a name which was normally associated with Jeeps, Tractors & commercial vehicles such as Lorries and Pick-up trucks until the Scorpio made its way out of the manufacturer’s production line and hit the auto industry way back in 2002. It was a game changer for Mahindra as a company and it changed everyone’s perception of the manufacturer. Consumers accepted the Scorpio wholeheartedly and flocked the showrooms to book the vehicle. It brought huge fortunes to the company and now Mahindra is proudly known as a global manufacturer of true blue SUV’s. 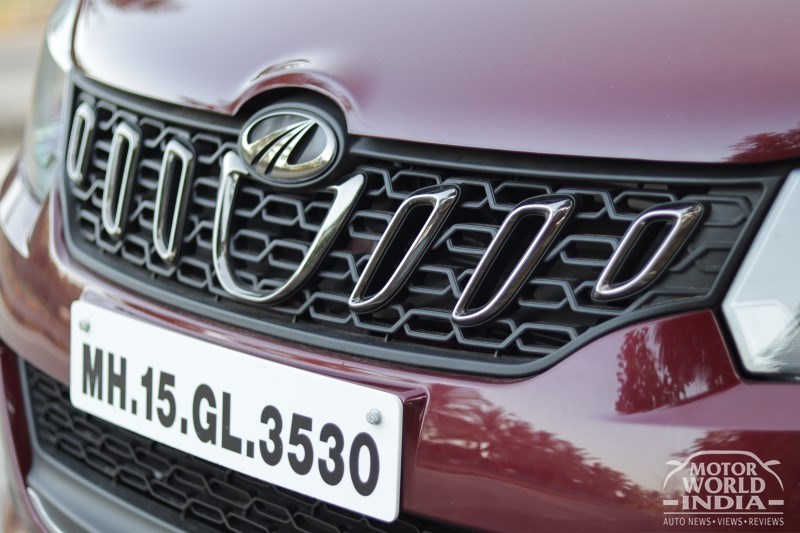 With the launch of XUV5OO back in 2011 Mahindra once again changed the game confirming yet again that it can build world-class SUV’s. The only space where the company lacked was the MPV segment. But now with the launch of its all-new MPV; The Marazzo, will Mahindra be able to attract the consumers back to its showrooms? Read on further to know more about the all-new Mahindra Marazzo as we bring you the comprehensive roadtest review. 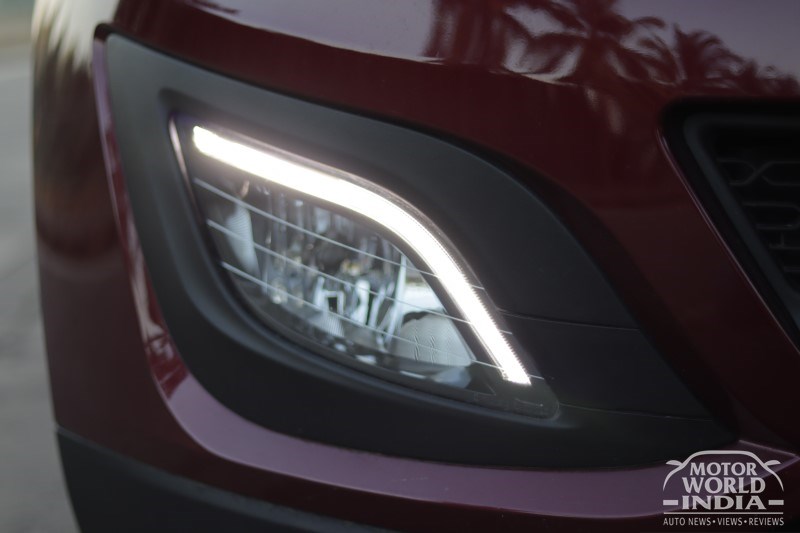 The Marazzo was designed and developed by Mahindra’s design studio in Mumbai along with Pininfarina, Italy. The all-new Mahindra Marazzo takes its inspiration from a shark when it comes to exterior design. It’s not as sharp or edgy as a shark but is well rounded and proportionate from the word go. The front grille looks as if the shark is smiling at you with a hint of naughtiness. The shark teeth-like design on the front grille is finished in champagne gold which looks much better and classier than the regular chrome finish. The twin chamber headlamp cluster is equipped with a projection type low beam light and a multi-reflector high beam light completing the overall rounded front look. The bright LED DRL’s (daytime running lights) are positioned right above the fog-lamps neatly integrated into the bumper. 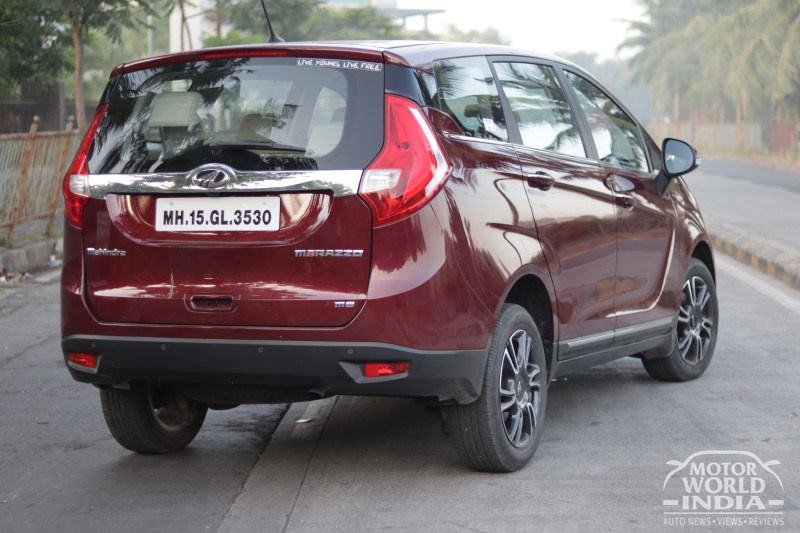 The ORVM’s (outside rear-view mirrors) are powered and the LED turn-signal indicators are integrated within the housing. The sharp crease on the doors looks appealing and adds character to the overall design. The door handles are finished in chrome giving the Marazzo an upmarket feel. When viewed from the sides, particularly the area between the shoulder line and roofline it does remind us of the previous generation Toyota Innova. The Marazzo comes with dual-tone 17-inch diamond cut wheels, designed like shark teeth again. The wrap-around tail-lamps, when viewed from rear three-quarters, looks like a shark tail, thus continuing with the design theme. A thick chrome slat runs across the tail-gate with the Mahindra logo right in the middle joining the tail-lamps on either side giving the car an upmarket feel. A vertically lifting tail-gate, rather than a side opening one, just adds to the convenience factor as it’s the current industry norm in the MPV segment. The rear spoiler is integrated with LED stop lamps and sits right above the tail-gate. Sadly, we couldn’t find the roof mounted shark fin antenna, which would’ve truly completed the shark-inspired design theme of the car. 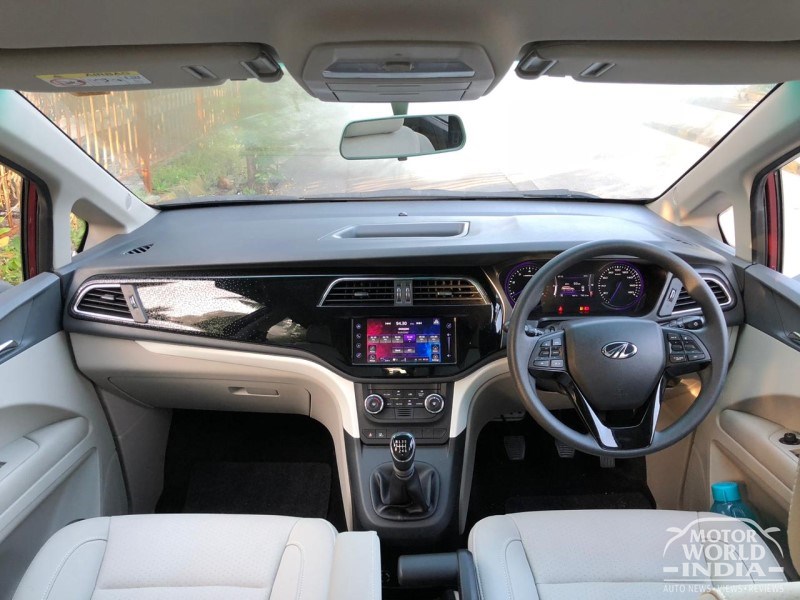 Step inside the cabin and you will be welcomed with the plush and airy interiors. The steering is good to hold, but sadly it’s not leather wrapped. It comes mounted with all the switches that control the audio system, volume, cruise control settings and also the driver information display settings. The techy instrument cluster with purple illumination looks nice in the dark. A 4.2-inch Multi-information colour display sits right in the middle of the analog tachometer and speedometer. The dual-tone dashboard multiple textures and is split with a glossy black midsection with some interesting texture on the passenger side. The infotainment system gets a 7.25-inch touchscreen on top of the center console. It features navigation, Android Auto, an eco-driving guide and vital information including the tank range and then some. Apple CarPlay will be offered at a later date. 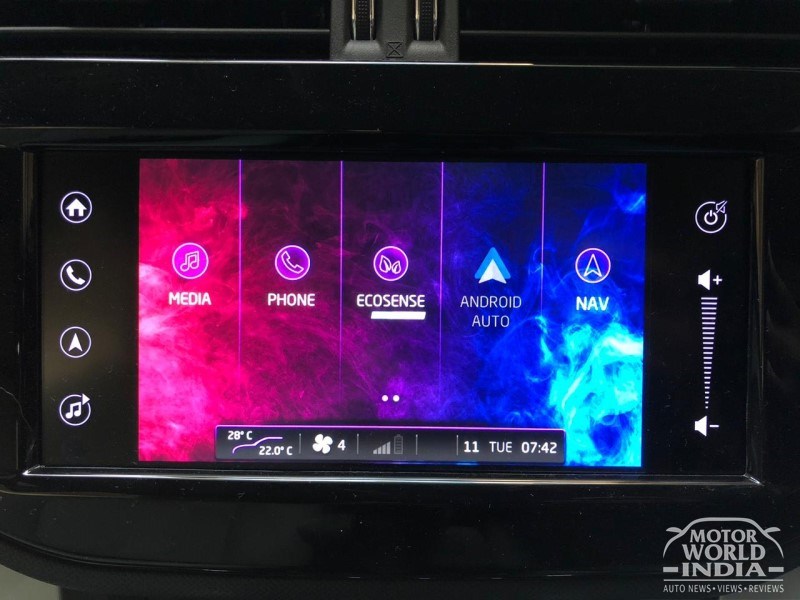 Right below the glossy black part, the dashboard gets a white ceramic strip which separates the black from the beige plastic panels in the lower half. The glove box is illuminated, you can stow away any aerated drinks or chocolates in the glove box as it’s cooled too. There are two USB ports and a 12V socket for the driver and front passenger, while rear seat occupants get a common USB port, for charging only. There’s an abundance of cubby holes, including a deep cavity right at the top of the dashboard, which is a little too high with no rubberized bottom and needs you to reach out to pick something off of it. The one right behind the gear lever is a little too low for knick-knacks but is good enough to hold a bottle. The best part about the car is its seat and seating arrangement. The seats are supportive, to say the least, the driver and passenger seats get an armrest and manually adjustable lumbar support for extra comfort. 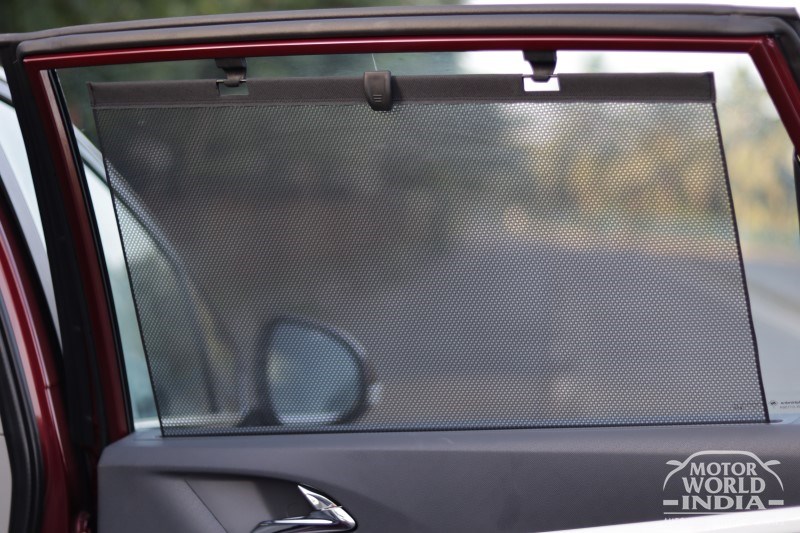 The driver seat is 8-way manually adjustable. Coming to the rear, the seats are again the best in the segment with good support overall and excellent under-thigh support. With the driver’s seat set to my position, the second row offered more than adequate leg and knee room, thanks to the Marazzo’s 2,760mm wheelbase which is 10mm longer than that of the Innova Crysta. You can further increase the leg & knee room by sliding back and forth the second row of seats if the need arises. The second-row seats also get segment first manually adjustable sunshades integrated within the door panels. The third row of seats is best for adults with a small body frame or its best kept vacant for small children. All the passengers are kept cool thanks to the innovative surround cooling rear air conditioner. You have the option choose between direct airflow and diffused (indirect) airflow. 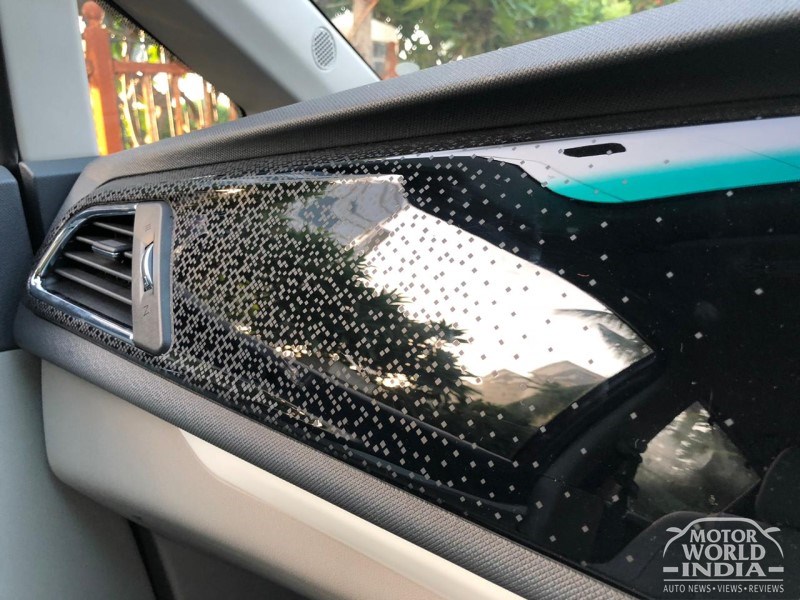 The in-cabin lights are all LED’s providing cool white illumination. The boot space is slightly on the lower side at 190 liters with all three-row seats upright. With the third row folded the boot space increases to a respectable 680 liters and with second and third row folded it grows to a cavernous 1055 liters. The Mahindra Marazzo features first in class disc brakes on all four wheels with ABS (anti-lock braking system) & EBD (electronic brake-force distribution). Coming to safety, dual front airbags are standard across all variants, ISOFIX child seat mounts in the second-row, triple impact beams on all four doors, frontal collision beam and rear parking camera with proximity sensors are some of the safety features. We feel that the number of airbags should’ve been increased from two to six for added safety considering it’s touted as a family car. 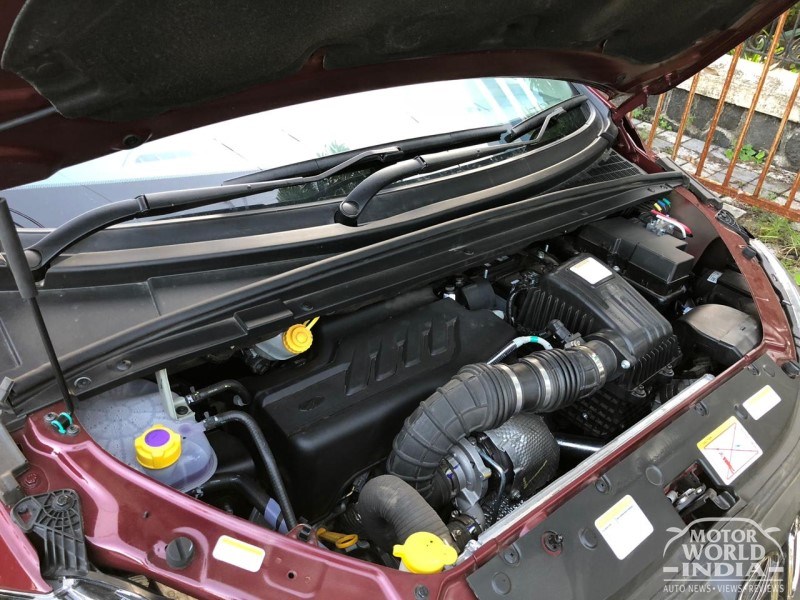 The Mahindra Marazzo gets an all-new 1.5-litre four-cylinder diesel engine which produces 120 bhp at 3500RPM and churns out a healthy 300Nm of torque at 1750RPM and is mated to a brand-new six-speed manual gearbox. An automatic gearbox is expected to be launched in 2020 when the BSVI pollution norms kick in. The engine is one of the quietest and smoothest to come out of Mahindra stables. The typical diesel clatter at idling was surprisingly missing and even on the move, it remains silent throughout the rev range. The clutch is light and progressive perfectly complementing the gearshifts which are now cable operated. All thanks to the cable operation the slight pushback which was felt on almost all the other Mahindra vehicles is now a thing of the past. 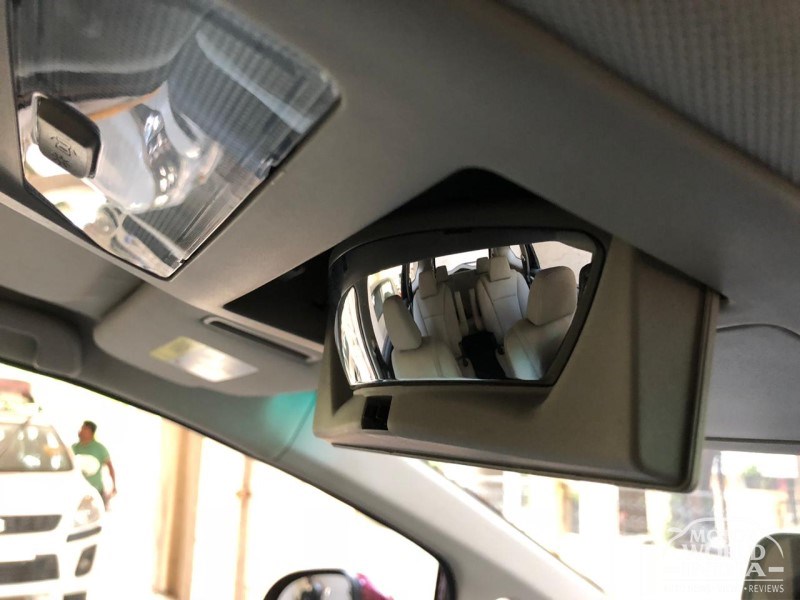 It’s a no-brainer that this particular engine will be used in the future Mahindra vehicles. The engine generates almost 170Nm of torque from as low as 1000RPM making the car driveable in the worst of situations where throttle input isn’t required. The car moves from a standstill even when you slowly release the clutch without accelerating, without a hint resistance or the engine stalling or any unnecessary juddering. 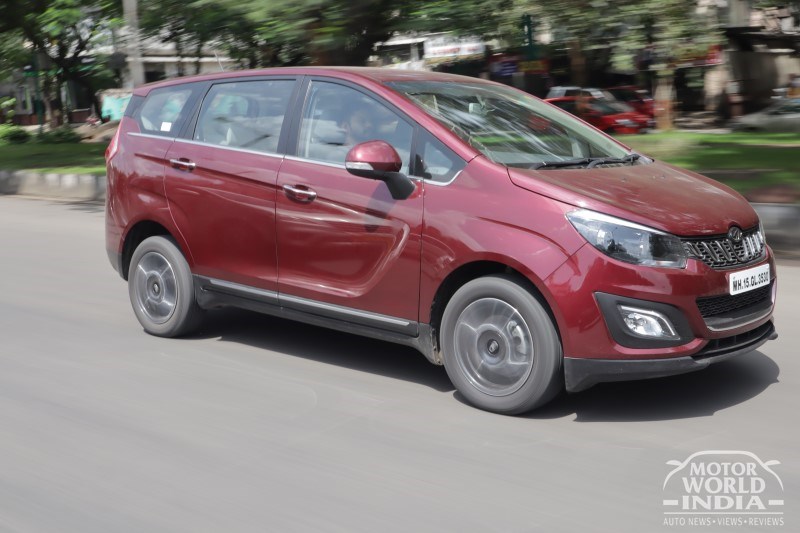 The biggest USP of this engine is its super refined output and extremely linear and power delivery. The gear shiftin is precise and lively and there is nothing at all that can be said against this engine and transmission. It is infact difficult to make out if this is an engine coming from the Mahindra stable for its refinement and overall drive feel. 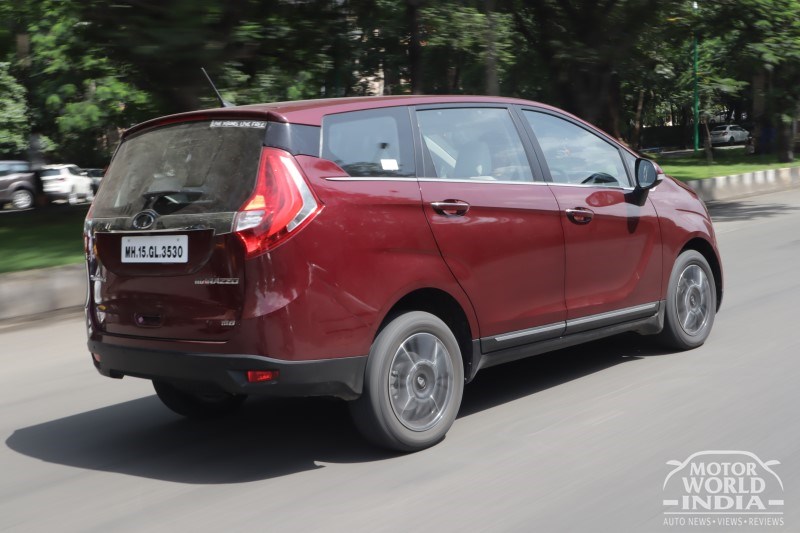 Mahindra begins a brand new chapter for themselves with the Marazzo, this vehicle can single-handedly propel the iconic brand into new heights and showcases its real powers. The brand new engine is amazing in its refinement and power delivery and has been perfectly tuned for our conditions. The overall packaging on the Marazzo as a product is extremely intelligent and loaded to its brim for its price. This is one product that can shatter the competition dramatically. 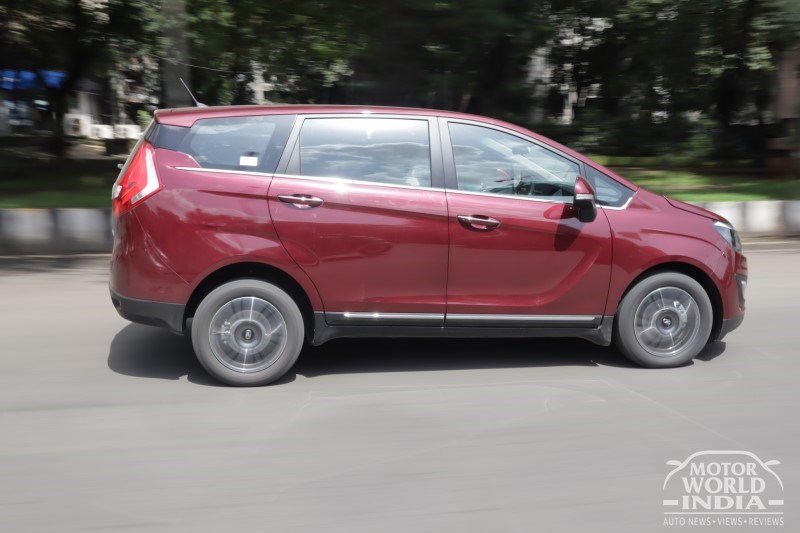 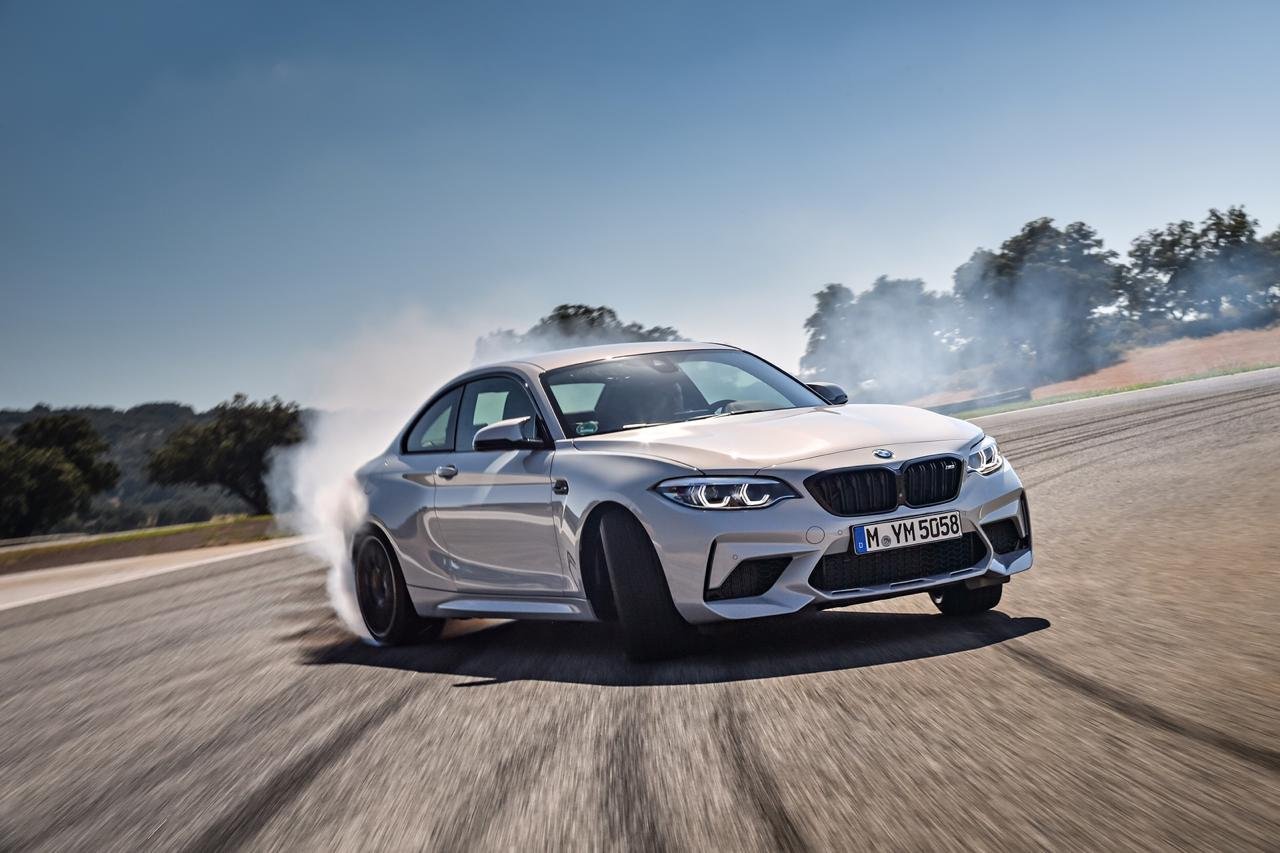 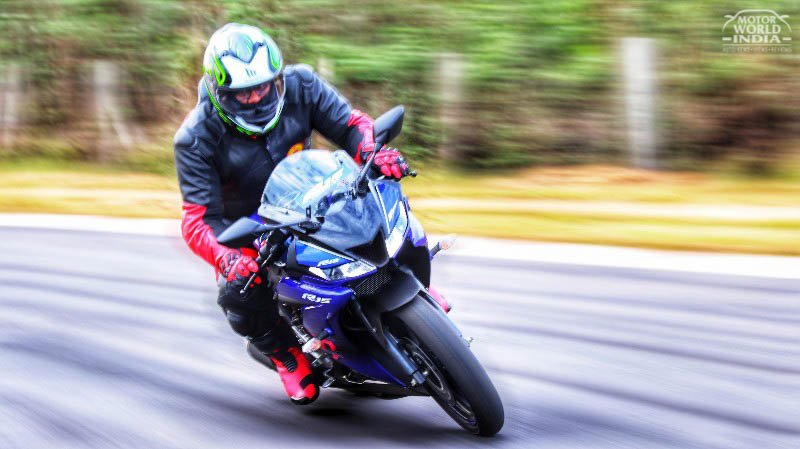