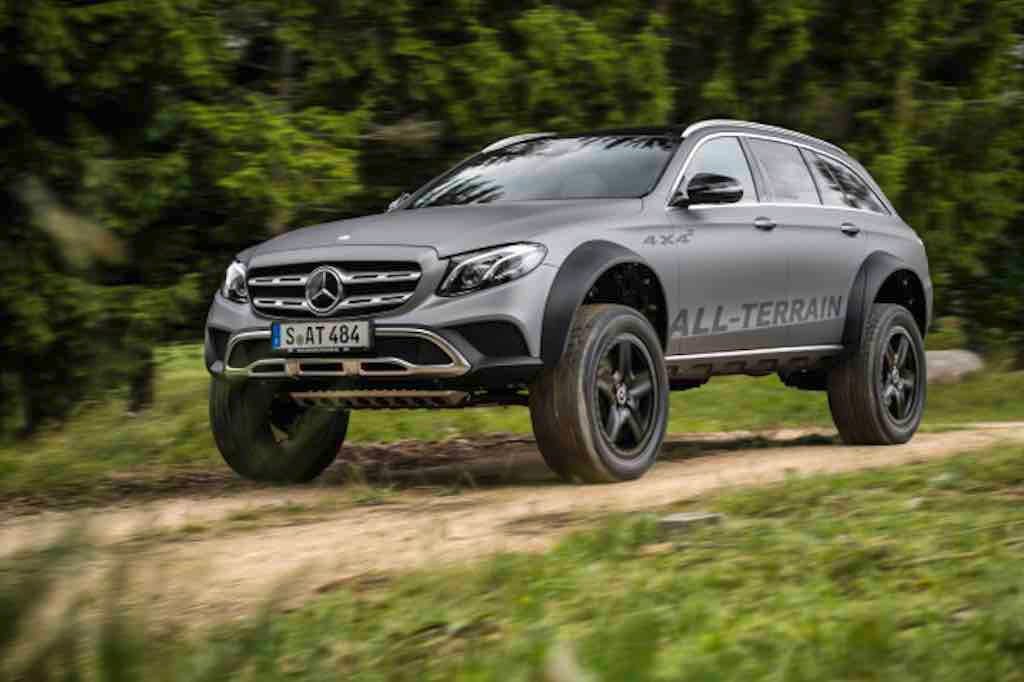 While Mercedes-Benz may mostly be known for their luxury and performance cars, they produce some darn good off-roaders too. Since its launch many decades back, the G-Class has shined in situations that would leave less capable vehicles broken and stranded. While most of the three pointed star owners may never push their vehicle like that to its limits, knowing what it’s capable of is in itself half the fun. Engineer Jürgen Eberle decided to give the E Class some serious off roading capabilities, which is why he mated a set of portal axles to it, to create the E-Class All-Terrain 4×4². 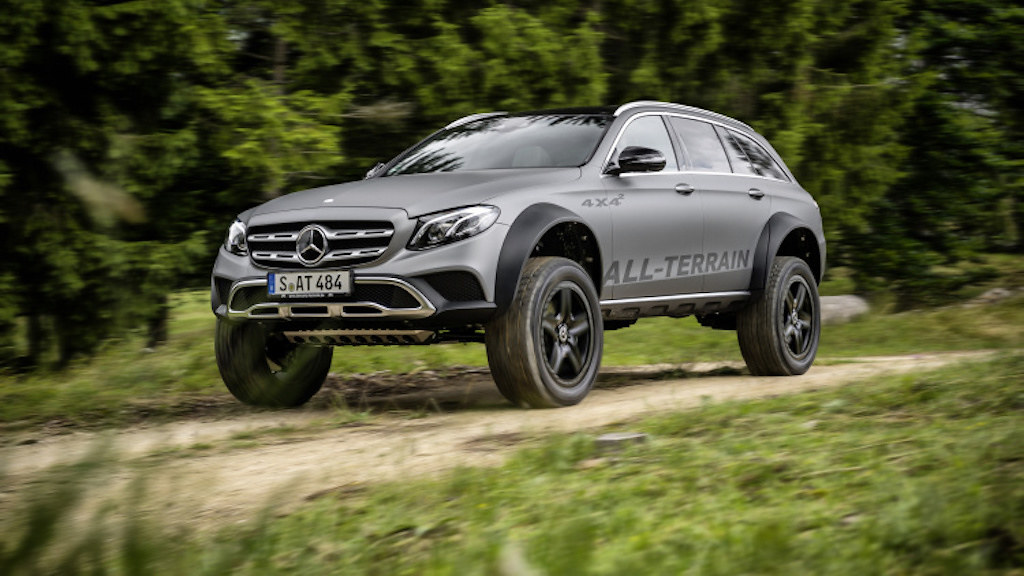 While the wide fenders were 3D printed by the rapid prototyping department, a vehicle designer helped Jurgen Eberle with the All-Terrain 4×4²’s matte grey wrap. Armed with a special driveshaft delivered to him Mercedes-AMG, Eberle starting working on the project intently and all his efforts paid off. 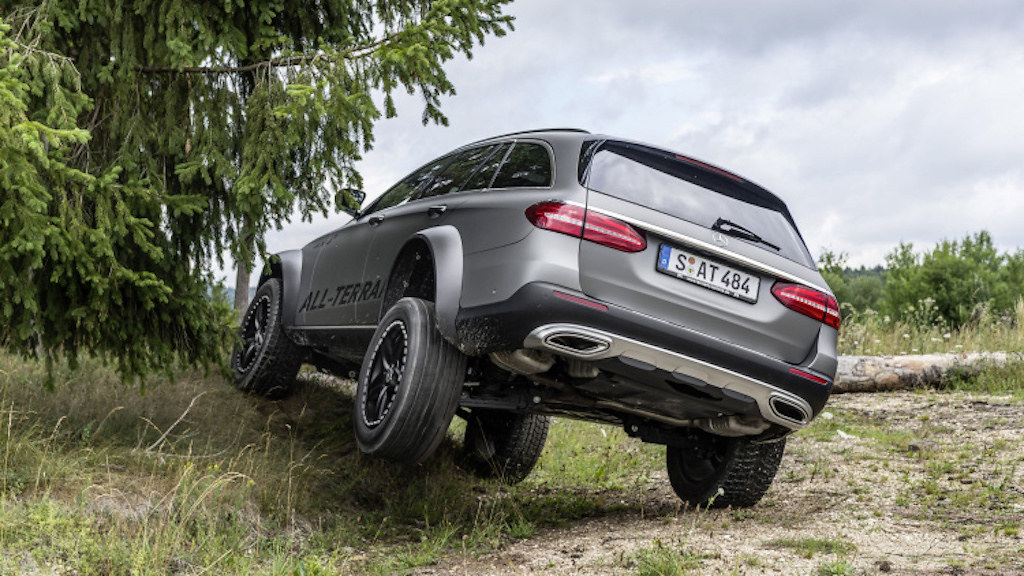 The All-Terrain 4×4² packs 420 mm of ground clearance, more than double that of the standard model. It can wade through 500 mm of water before trouble starts. For comparison, the G-Class is capable driving through 600 mm. New suspension components have also been used to mount the portal axles on the independent multi-link suspension. Rubber and polyurethane bushings have been replaced by unibal bearings.

This particular model gets the 3.0-liter twin-turbo V6 from the E400 wagon, a detuned version of the engine that’s in the C43 and E43 AMG models. In the All-Terrain 4×4², this engine sends 333 horsepower to all four wheels. The engine is paired with the 9G-Tronic nine-speed automatic. 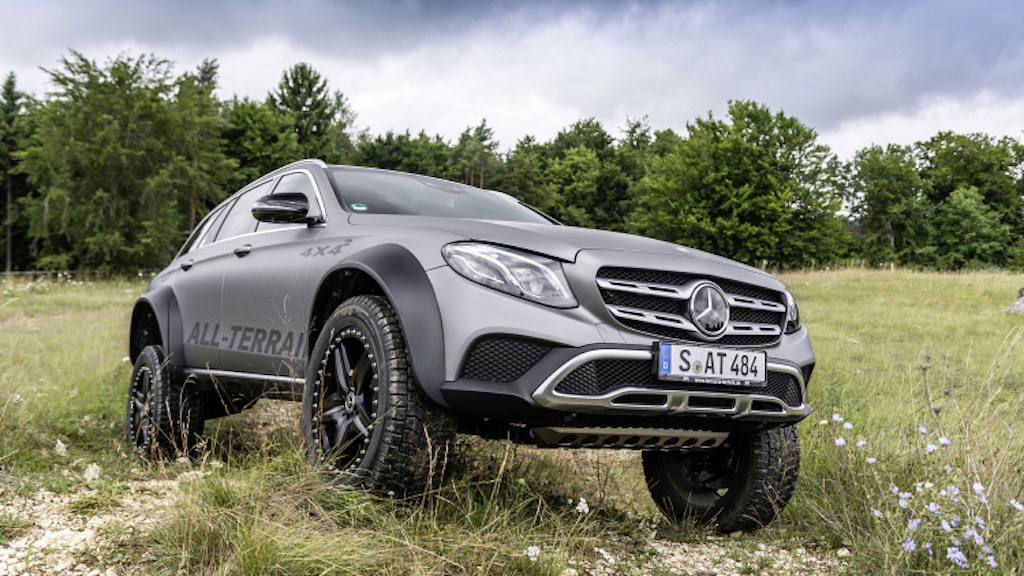 While this is just an engineering experiment and the end product is most likely not going to make for the final production, a hugely capable off-roading E-Class will definitely have many takers across the globe. 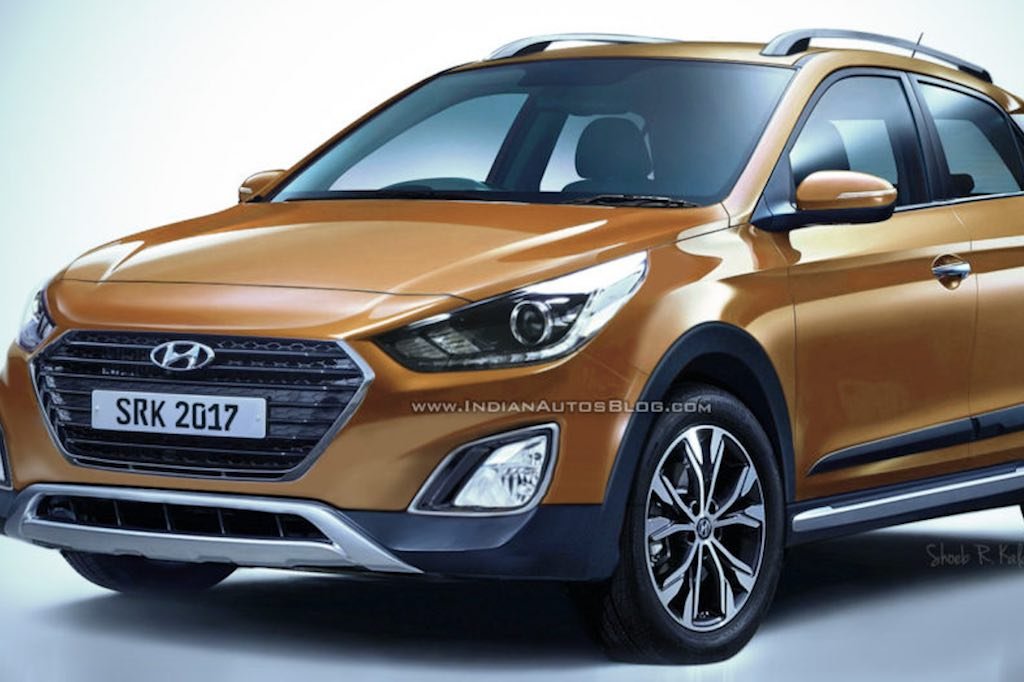 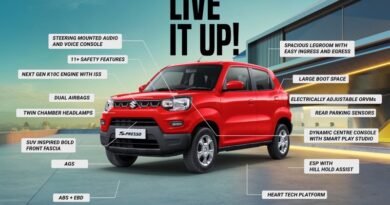 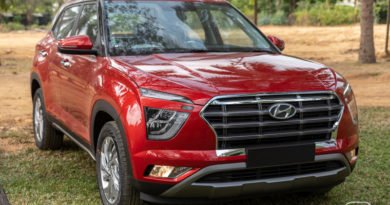