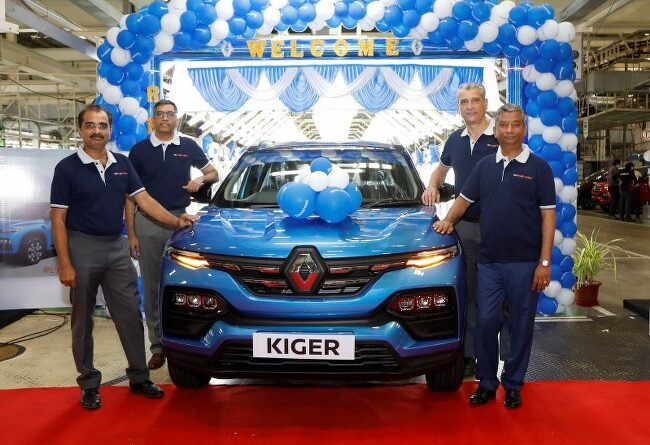 Renault India has begun the production of its upcoming compact SUV the Kiger at its Chennai manufacturing facility.

The bookings for the Kiger are also likely to begin shortly. The French carmaker will launch the KIGER on the 15th of this month.

Renault has also started dispatching the Kiger to its dealers across 500 showrooms all around India. The Renault Kiger is built on the CMFA+ platform which which it shares with its cousin and the recently launched Nissan Magnite. The Kiger gets a more Renault family like design and styling. In terms of exteriors the compact SUV comes with the two-slat front grille, split-headlamp units, dual-tone bumper, front and rear skid plate, 16-inch diamond-cut alloy wheels, and a floating roof.

On the inside, the Kiger gets host of features which include an eight-inch touchscreen infotainment system with Apple CarPlay and Android Auto connectivity, digital instrument cluster, air purifier, wireless smartphone charging, and cruise control amongst others.

Powering the Renault Kiger are two petrol engine options – a 1.0-litre naturally aspirated with 71bhp and 96Nm torque and a 1.0-litre turbo petrol engine with 98bhp power and 160Nm of torque. The Kiger gets three transmission options to choose from – a five-speed manual, an AMT, and a CVT unit. The Kiger will be offered in six exterior paint shades that include – ice cool white, planet grey, moonlight grey, mahogany brown, caspian blue, and radiant red with mystery black roof.

Renault had recently Globally unveiled the KIGER in India at a special media event in New Delhi. We expect Renault to price the Kiger between Rs 6 to Rs 8 lakh price range. We would be driving the Renault KIGER very soon, don’t forget to like and subscribe to our Youtube Channel for all the latest reviews from around the motor world. 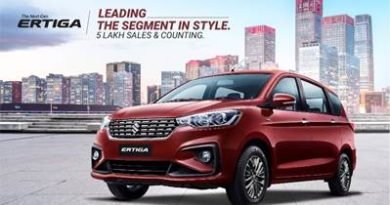