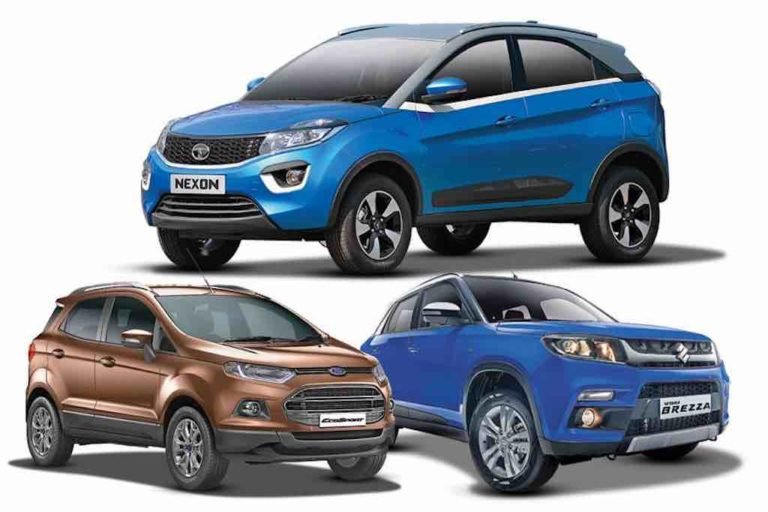 The sub 4m compact SUV segment is the most happening space in the Indian automotive scene right now. With a slew of new launches in the past year and a few more products eagerly waiting to join the bandwagon this segment is the focus of almost all the car manufacturers. Led by Ford Ecosport, the current best seller Maruti Suzuki Vitara Brezza and the soon to be launched Tata Nexon, this tightly fought space is just heating up and we thought to bring to you the specs comparo of the products that matter the most in this segment.

Well, firstly the Ford Ecosport. It is the product which opened up the sub 4m compact SUV segment in India back in 2013 and after that it had been no looking back for the American manufacturer until the launch of Maruti Vitara Brezza. The global SUV from Ford has ensured maximum success for the Ford brand in India with its bold muscular looks and unabridged performance. While the 2018 Ford Ecosport is already unveiled in Brazil, the same is expected to reach the Indian by the end of this year.

The FordEcosport in India is powered by three different engines. The 1.0 L EcoBoost petrol engine capable of developing 123 BHP of power and a torque of 170 NM between 1300-4500 rpm and is a mated to a 5-speed manual gearbox. The 1.5 L Ti-VCT petrol engine produces 108 BHP of power and a max torque of 140 Nm. This engine is mated to either a 5-speed manual and a 6-speed auto. Next in line is the punchy 1.5 L diesel which never disappoints with its power.

Equipments wise, the top of the line Titanium+ variant gets 6 airbags while the base variant still makes do with 2. While the interiors are good enough to seat 4 people in comfort, adding the 5th is a bit of an overkill and is recommended only for short distances While the Ford Ecosport misses out a touchscreen music system, the dashboard design and the exterior looks still feel contemporary even after being around for 4+ years. With its looks and Ford’s promise of cheap maintenance, The Ecosport is a sensible option in this segment.

Lets get one thing straight. Maruti Vitara Brezza carries the best of an SUV in terms of looks. The design, with the high nose, chiselled chin and the boxy shape makes it resemble like a baby Grand Vitara with a proper, old school SUV stance. The flared, squared up wheel arches, more upright A and C pillars further add to its SUV credentials while the 16 inch wheels fill up the arches perfectly.

The interior is quite spacious with a neatly design dashboard layout which looks the part. While Maruti has improved on its product quality, it still just about feels adequate. Maruti has thrown in a touchscreen infotainment system with support for Apple CarPlay and Android Auto. Bluetooth, steering mounted controls and push start button ensure this compact SUV from Maruti is feature rich. The rear bench is wide enough to accomodate 3 people and the boot at 328 litres is the smallest of the lot and is enough for that weekend getaway with the family.

Powered by the familiar Fiat sourced 1.3 L Multijet DDiS 200 engine with variable geometry turbo, the 90 bhp and 200 Nm torque are more than enough to keep the Brezza moving at a brisk pace. With no petrol option, the diesel Brezza still churns out amazing sales number for Maruti and that’s commendable.

Maruti launched the Vitara Brezza in 2016 and it has become an instant success. With already one lakh copies of it on the Indian roads, the compact SUV from Maruti has dethroned the Ford Ecosport and is currently the segment topper.

Tata had recently arranged for a media drive of its latest compact SUV Nexon. We had done a road test review of the Tata Nexon and had come away impressed. While Tata has opened up the sub 4m sedan segment in the country, it is surprising why it had taken so many years for Tata to get a product into the sub 4m compact SUV segment. Nevertheless, on seeing the Tata Nexon in flesh, it definitely feels it was worth the wait.

On the exterior wise, Tata Nexon is surely not a regular boxy SUV but one which has approached the styling with a modern, striking design. Tata has used new elements such as a ceramic cover for the fog lamps, a ceramic finished window line and a ceramic horizontal strip running across the boot between the headlamps to make the Nexon stand out among the crowd and oh boy! does not it stand out . While the design might attract polarised opinions, it sure will turn heads and make people notice the Nexon SUV as it passes.

Step into the interiors and you realise how much of an effort Tata has put to raise its bar here and it shows. The quality of materials used is definitely ahead of its competition and the soft touch glovebox with a removable partition is definitely a highlight. Tata has thrown in a 6.5 inch touchscreen infotainment system with heads-up display which sits flush on the dash, with support for Android Auto and Apple CarPlay( in the next update) and also doubles up as the display for the rear view camera. The chunky knob to choose between the various drive modes is an interesting addition. Lots of cubby holes are available to store the knick knacks and the decently sized glovebox and armrest makes the Tata Nexon one practical car, nay, SUV to live with. The rear bench is wide enough for three and the boot at 365 litres is one of the largest in the competition.

Powered by a turbocharged version of the 3-cylinder 1.2 L petrol doing duty in Tata Tiago and Tigor twins, the one inside Tata Nexon belts out 110 HP and 170 Nm of torque. The diesel on the other hand is an all new 1.5 L turbocharged mill and is good enough for 110 HP and a massive 260 Nm torque making it the best in the segment. However, the higher kerb weight and tall gearing does dampen the performance a bit but the SUV is still a sprightly one to get behind the wheels.

With the launch of the Maruti Vitara Brezza between INR 7.2 lakhs and INR 9.9 lakhs , Ford had to do a price correction of its Ecosport to make it still a viable proposition. We are sure Tata will launch the Nexon with a pricing that will undercut its rivals by a fair margin. With the next gen looks and a killer pricing Tata Motors can definitely plan for yet another success and we sure hope it does! 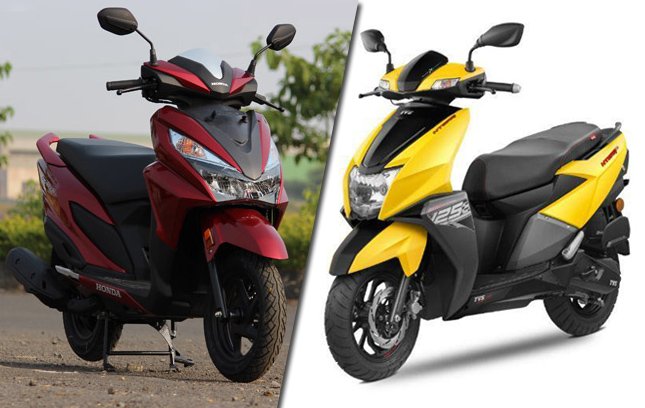