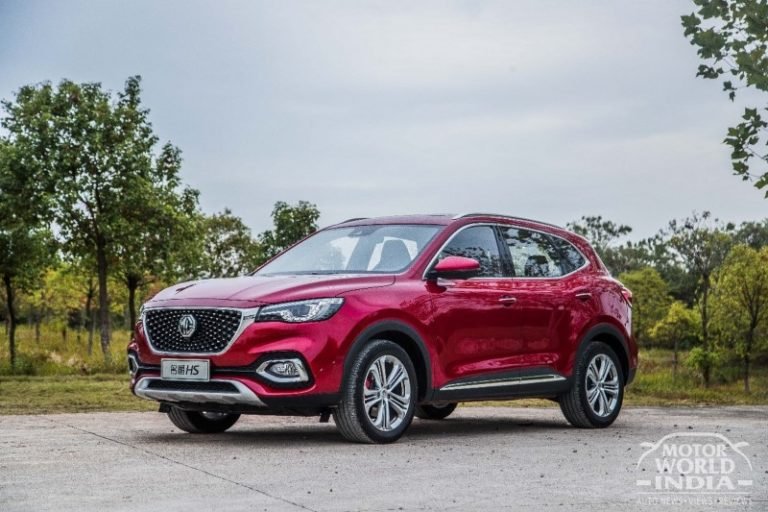 The first thing that comes to our mind when we hear ‘Made in China” is below standard, low-priced and use ‘n throw stuff, but something made us change our perception. A trip to China for MG Motor is what did it for us. MG Motor which is an iconic British Car Brand is all set to enter the Indian market.

Let us give you a brief insight on the brand and its plans for us that they showed us on our visit to Shanghai. MG Motor’s parent company, SAIC (Shanghai Automotive Industry Corporation) is the number one carmaker and one of the oldest state-owned Chinese manufacturers. It is also ranked 36th in the Fortune 500 Companies List. This parent company has been into joint ventures with leading global automakers including General Motors and Volkswagen for China. Just for example, last year’s cumulative sales for SAIC stood at around 7 million units. SAIC operates many brands under its umbrella, which includes MG Motor, Roewe, Maxus, Nanjing, SGM Vooling and the Baojun brand that they build jointly with General Motors.

Our trip started with the visit to the SAIC Designand R & D Centre based in Anting where we were shown in detail the entire process that goes into designing and developing their cars from Ground Zero. This massive centre spread across 419,000 sqmtrs started operations in 2005 with an investment of 4 billion Yuan. This centre includes facilities for design-building, powertrain lab, NVH, thermal wind-tunnel lab, thermal energy emission lab, architecture lab.

We also had a brief insight on the Lithium-ion battery assembly testing facility as this would be a very important part going ahead with their electric car that they have planned for India in 2020. We also had the privilege of seeing the MG E-Motion concept that is the electric sports car concept and could be the future platform for their EV sports cars.

Next stop was the Lingang Factory which is situated in the Lingang Province of China. This massive production facility of SAIC was built in 2006 and is one of the major plants producing Roewe and MG range of cars. This is a fully automated unit with 3 lines for the car production and facilities like engine assembly plant and a full-fledged paint shop.

With a production capacity of 40 cars per hour, this assembly line is fully-automated. Models like the GS, HS, Marvel-X, MG3 and MG6 are churned out from this unit. These assembly lines can produce both ICE vehicles and electric cars at the same time. We were also told that many car models that we saw here will be available in the Indian market via there Halol Factory that will be fully operational next year.

The next day was getting our hands on a few car models from the brands at the SAIC’s Guangde Proving Ground. This is the biggest test track in China spread across 5.66 km2. Sections here include 60 kms of road stretch that includes 70 types of roads for testing all types of terrain, an oval track that is 9036 mtrs long, vehicle dynamic test facility, test facility for ABS, TCS, an extended bridge, noise-test road, durability test area, environmental test facility. Built at a total investment of 1600 crores by GM and SAIC, this is the largest facility in the Asean region.

Here we got a fair chance of experiencing the cars for an entire day. All the cars that we drove were electric vehicles. What floored us was the premium quality, fit and finish that these cars excelled in. The Marvel-X SUV is an all-electric piece of technological brilliance with class-leading features and gadgetry loaded on it, including autonomous capability. We also drove the MG ERX5, which is the lower variant of the Marvel-X.

We also had our hands on the eMG6, which is the electric sedan version of the MG6. The all-day test with these finely made electric cars made one thing clear that the Chinese can also make excellent automobiles which are at par with the Germans and the Japanese. In fact, the Marvel-X which is already in production in China is way ahead of many German cars that are still in the concept stage.

Our trip to China was a short but revealing one, with lots of adventurous, authentic Chinese food experiences included, not forgetting the extra warmth and genuine hospitality of the Chinese hosts. With our China visit opening up our eyes about false perceptions concerning Chinese products, we can’t wait to get these beauties lined up in Indian garages soon.