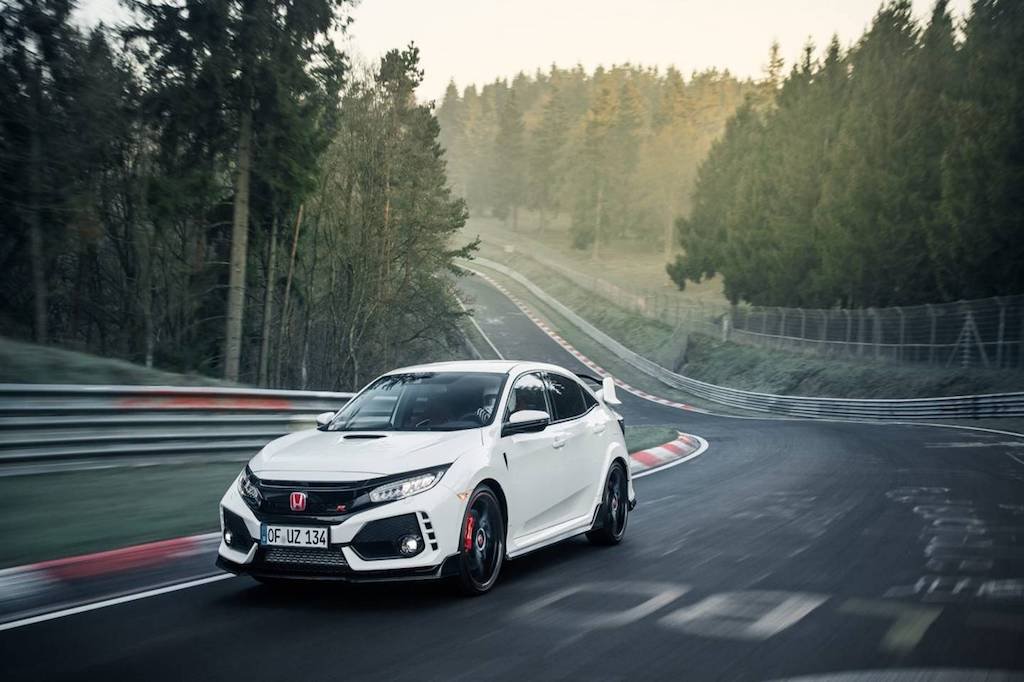 The town of Nurburg in Germany, houses one of the demanding racing circuits, Nurburgring and the new Honda Civic Type R has bettered the previous lap record for front wheel driven cars, 7 minutes 49.21 seconds , set by a Volswagen Golf GTI Clubsport S by 5.41 seconds, setting a new record for the lap as 7 minutes 43.8 seconds. 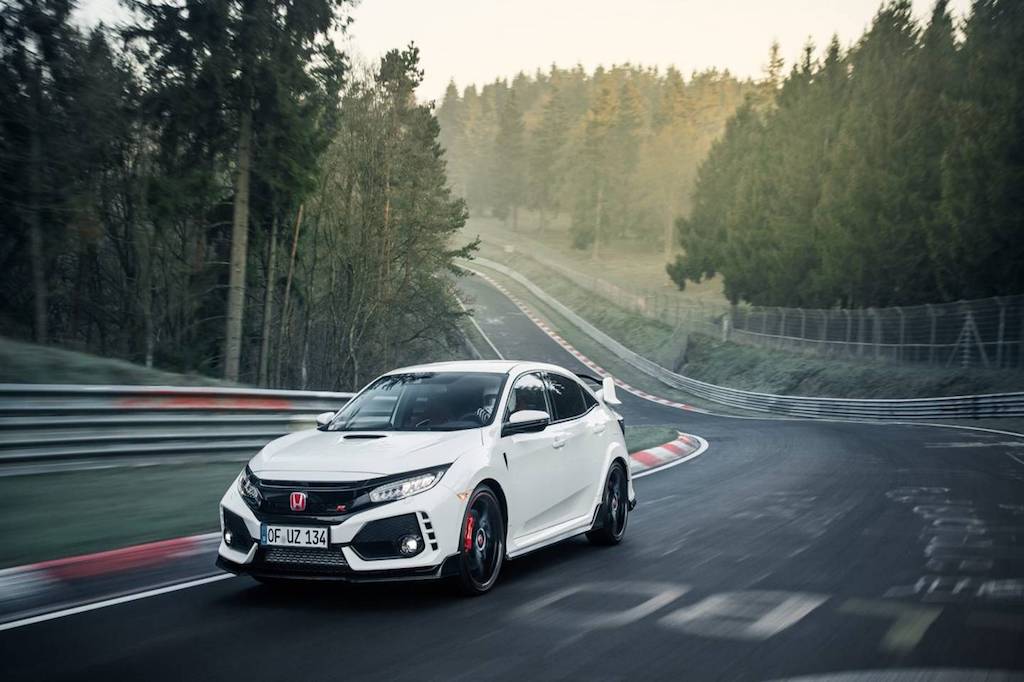 The new Honda Civic Type R employs a turbocharged i-VTEC 2.0 litre petrol engine which develops 320 hp power and 400 Nm of torque. Transmission duties are handled by a six speed manual transmission with shorter gear ratios than its predecessor. This makes the newer Type-R model 6.8 seconds faster than its previous iteration. Honda has suggested that this is a development car but the specifications will more or less trickle down to the final production model. To achieve this high performance, Honda has ensured the cars weighs only 1366 kg which is 16 kg lighter than its predecessor but has still managed to increase the torsional rigidity of the Civic Type-R by 16 percent.

Ryuichi Kijima San, the lead chassis engineer for the new Honda Civic Type R attributed the blazing lap record to the new superior suspension setup incorporated in the model. He said, “The cornering speed achieved in the new Type R is higher because the car features a wider track and tyres, a longer wheelbase, new multi-link suspension in the rear and optimised aerodynamics that improves stability.”

He further added that the higher torsional rigidity, excellent stability, lighter weight and the superior suspension allowed the vehicle to carry more speed in the corners. Atleast 10 kmph than the trailing cars.

The record was achieved by the Honda during the last phase of testing on a dry track with optimum ambient temperature which assisted in the beating performance. Honda has been lucky with the test conditions favouring best tyre and powertrain performance. To compensate for the addition of a roll cage, Honda engineers had removed the rear seats and infotainment system.

When the Honda Civic Type-R goes to sale, it will be the most powerful Honda with the production slated to begin in the summer of 2017 at the Honda of the UK Manufacturing (HUM) in Swindon, England.

You can watch the video of the hot lap here:

Volkswagen opens booking for Polo and Vento AT , priced at INR 9.67 Lakh and INR 12.99 Lakh respectively. 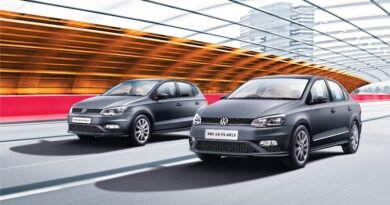