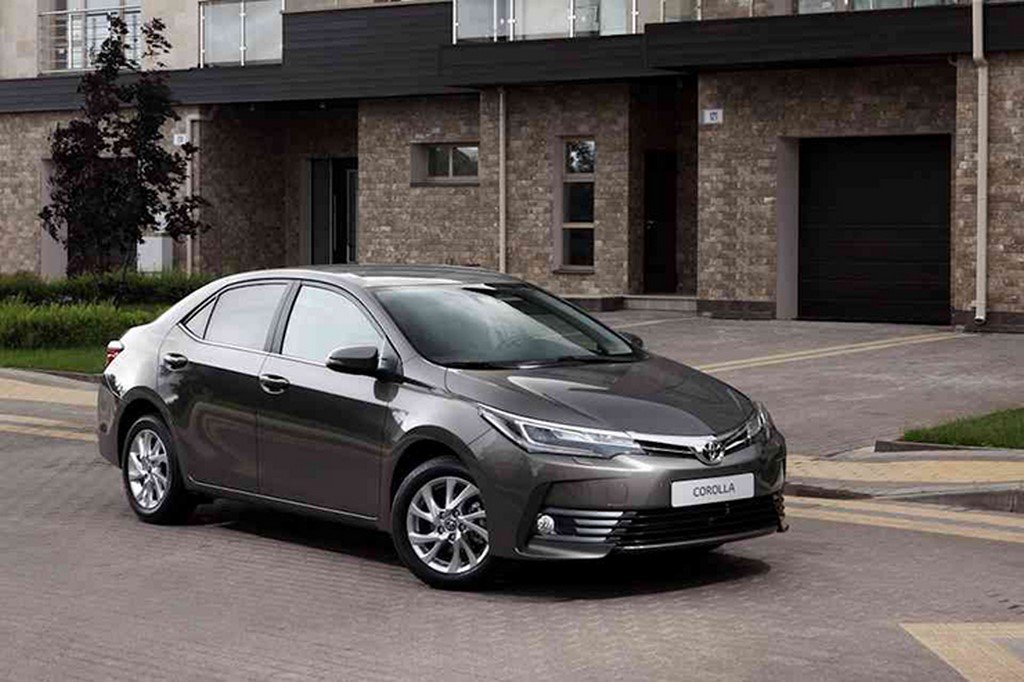 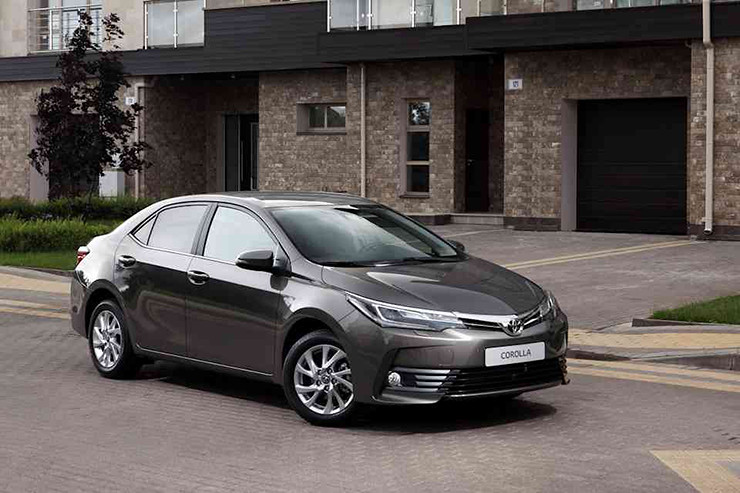 The bestselling car nameplate in the world is the Toyota Corolla, the car model is due for a major facelift. Recently the 2017 Toyota Corolla (Corolla Altis in India) made its global debut in Russia. The same model is due to land on our shores next year. Toyota is following the brands Keen Look and Under Priority design language on this best selling model. The body styling gets a more prominent and chiseled styling. The major changes include a heavily re-designed face that gets a rounded and wide new bumper, a slim wide grill and extended slim style headlights. The headlights come with LED illumination as standard. The sides get freshened up with new design alloys, chrome finished handles, slim chrome garnish, and an overall increased ground clearance by 15mm over the current model. On the rear the tail lights get LED illumination, sleek looking chrome garnish and a redesigned rear bumper with mounted reflectors make for the changes. 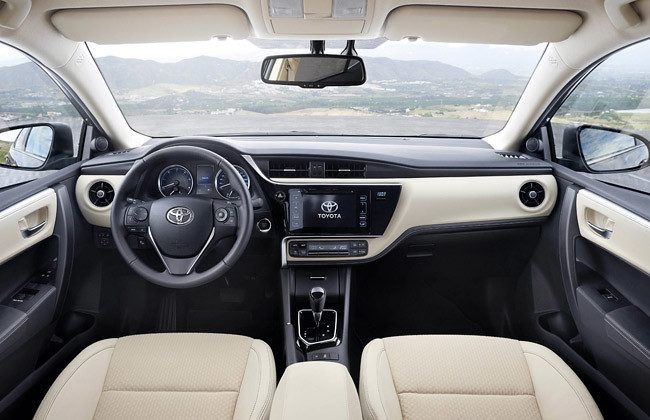 On the features list the 2017 Corolla gets full safety package which includes Lane Departure Alert (LDA), Pre Collision System (PCS) and Automatic High Beam (AHB) wherein the system makes use of a laser and camera housed on the top of the windscreen to offer precise electronic aids. It is doubtful if this feature would make it here on the Indian version. On the inside, the cabin gets a total revamp with an all new dash, center console, ac vents and instrumentation. The climate control unit now comes with an all touch control unit. On the technical part the 2017 Toyota Corolla continues to use the tried and trusted power units. The able 1.8-liter Dual VVT Petrol and 1.4-Liter Diesel engines get carried on along with the 6-speed manual and a 7-speed automatic transmission options. Other changes include a lot of tweaks on the suspension, NVH levels and ride-handling. 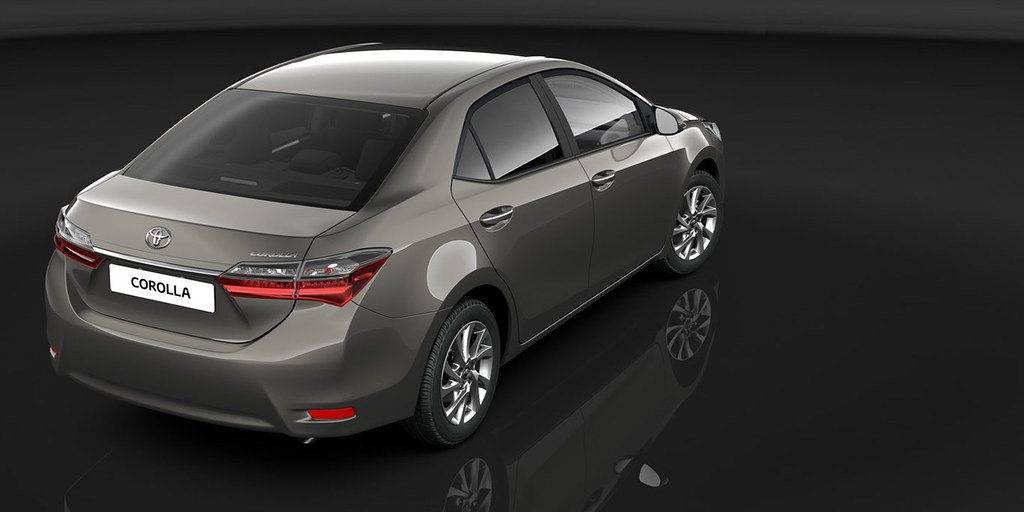 “The Toyota Corolla is always one step ahead of the expectations of the fans. In each country, the Corolla has individual features and offers customers with exactly what they most needed. Only the highest quality remains unchanged, at each stage of production. New Toyota Corolla, which we present in Russia, perfectly matching the needs of our clients and displays a representation of the compact sedans on a fundamentally different, premium level,” said Fumitaka Kawashima, vice president of Toyota Motors, LLC. Expect the 2017 Toyota Corolla to enter the Indian market by early next year. 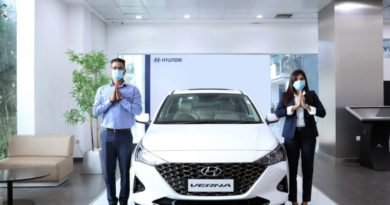 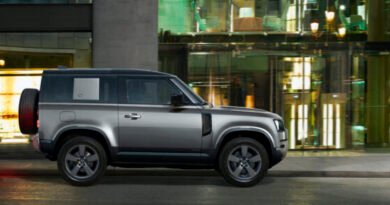 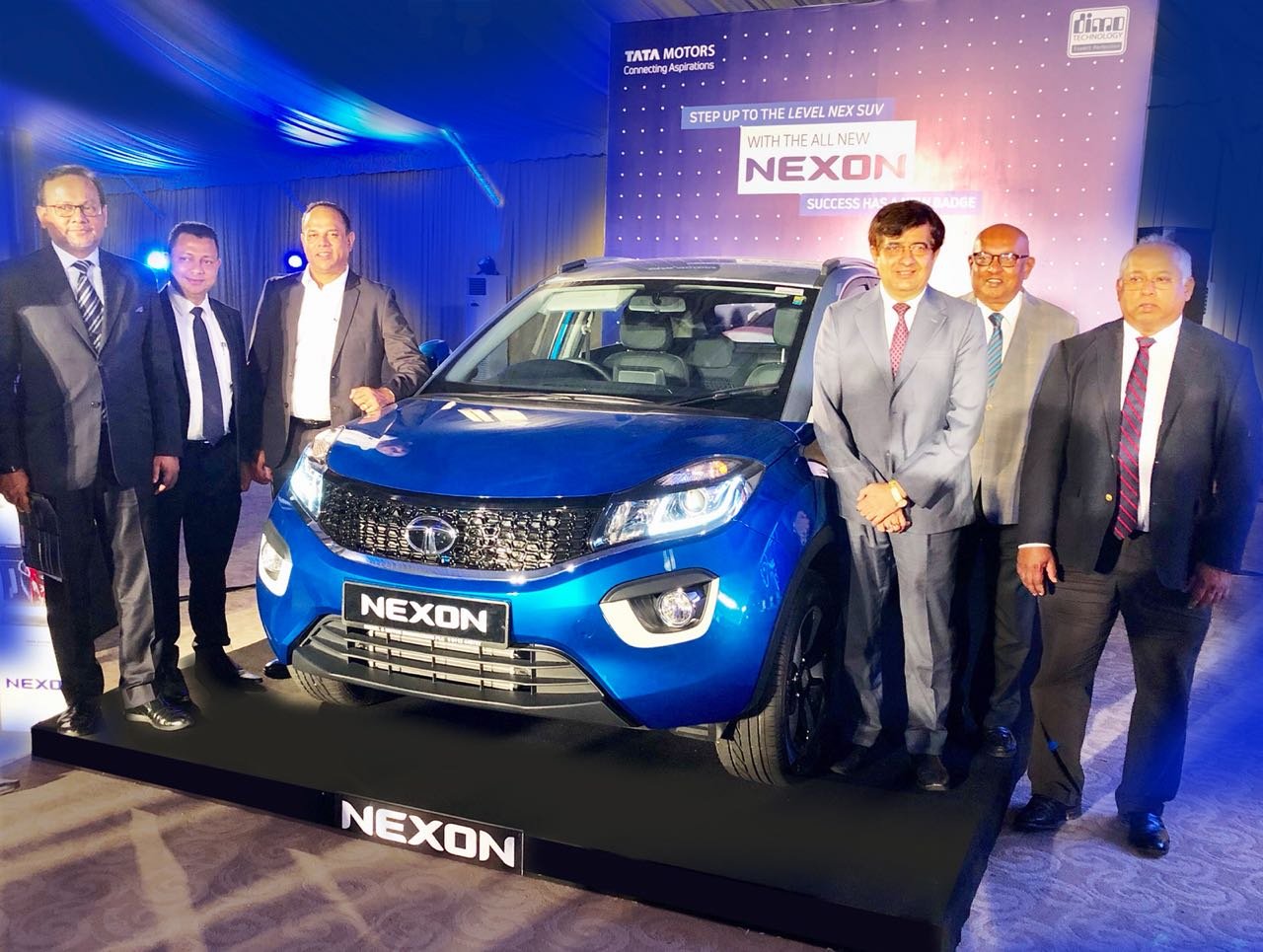