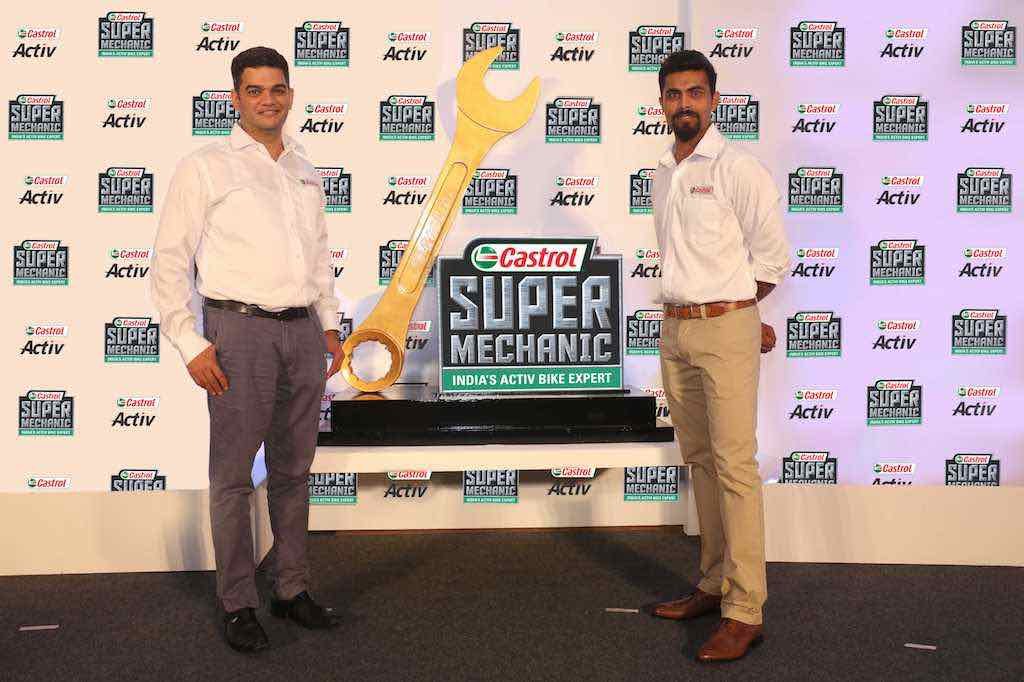 Ravindra Jadeja, the ace Indian cricketing all rounder unveiled the Castrol Super Mechanic contest trophy at a media event held in Mumbai on 12th July, 2017.. The glittering trophy will be handed over to the winner of the national finals to be held in Mumbai in September 2017. 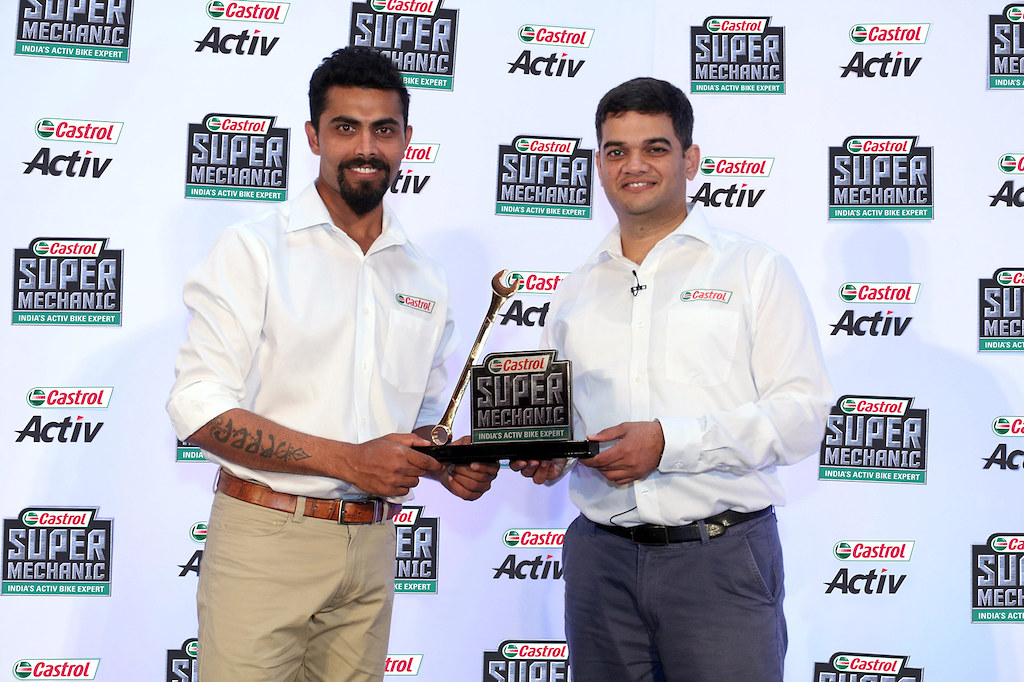 Castrol, one of the leading lubricant brands in India, has launched the innovative and exciting Castrol Super Mechanic contest to provide a public platform for independent two-wheeler mechanics to showcase their talent and skill. Thousands of two-wheeler mechanics from across the country have signed up to participate in this unique contest which was launched across India in May 2017.

Speaking at the media event, Ravindra Jadeja recognised the role played by mechanics by comparing them to ‘Doctors of the bike’, Jadeja said, “Mechanics play a key role in ensuring the maintenance, performance and safety of our bikes but they remain the unsung heroes. It is great that Castrol is providing them a platform to showcase their talent and skill through the Castrol Super Mechanic contest.”

Commenting on the contest, Kedar Apte – Vice President Marketing, Castrol India said, “We are delighted by the overwhelming response we have received for the Castrol Super Mechanic contest. Besides providing two-wheeler mechanics with a platform to showcase their talent and skill, we also aim to share knowledge and information with them about the latest trends and technologies in motorcycle engines, maintenance and lubricants.” 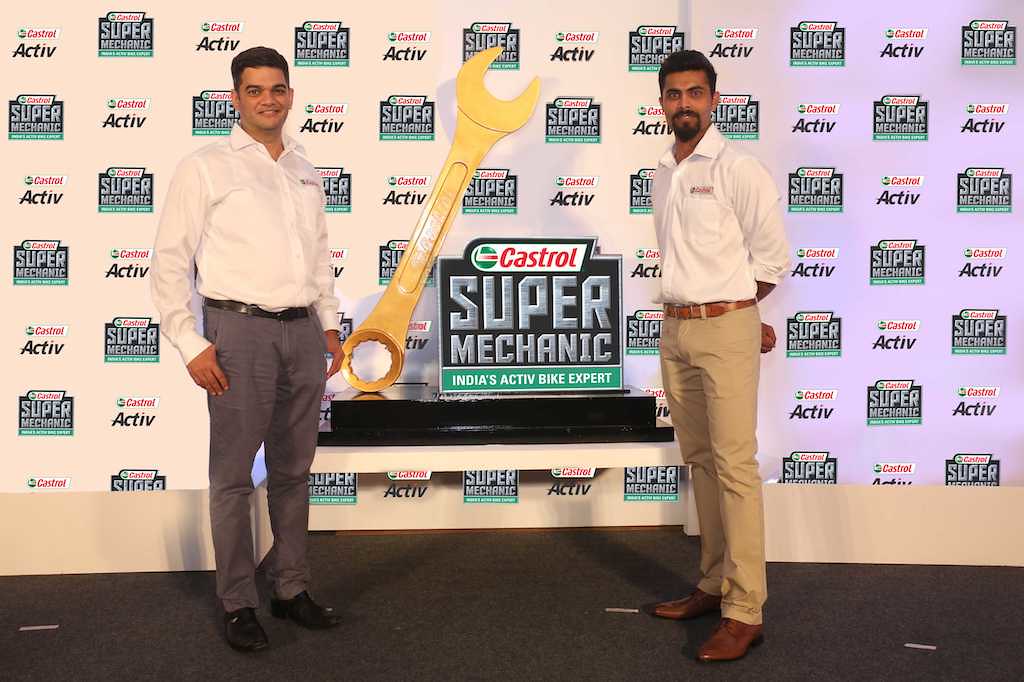 Following the registration, contestants participated in an initial round to qualify for regional rounds which will commence in eight cities, starting end July. The contest will then narrow down to 24 regional winners who will fight for the title of the Castrol Super Mechanic at the all India finals.

The competition will culminate with the top three Castrol Super Mechanics representing India at the Castrol Asian Mechanic contest to be held in Thailand in October 2017. 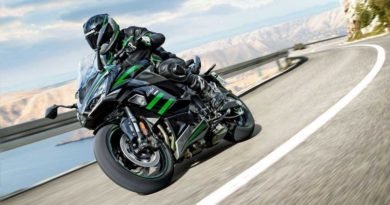 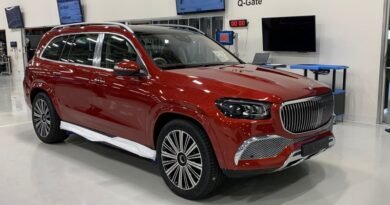