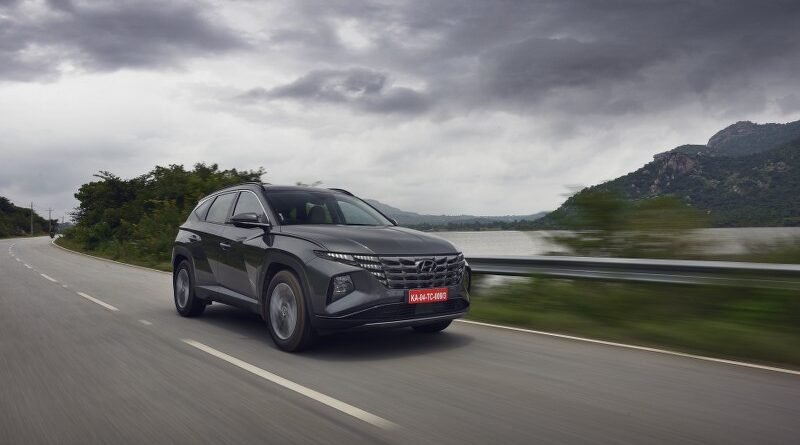 Hyundai has launched the All New Tucson in India with prices starting at Rs. 27,69,700/-. The Tucson becomes Hyundai flagship model for India. Hyundai had unveiled the Tucson in India earlier this month and opened booking after that. As per our sources Hyundai has received more than 5000 bookings for the Tucson. The smart looking SUV will be assembled from CKD that would be imported from South Korea at their plant in Chennai. The Tucson also becomes the first car model to come from Hyundai to get Level 2 ADAS safety feature on it. The fourth-generation Tucson comes in two trims – Platinum and Signature in the long-wheelbase version.

Hyundai also claims that the 2022 Tucson comes with 29 segment first features. In terms of exterior styling the Tucson comes with a new design language that sports a parametric design grille in dark chrome with neatly integrated LED DRLs, vertically bumper-mounted LED headlamps and a silver skid plate at the bottom. The side profile gets sharp character lines that make it stand out when viewed from this angle, the wheel arches get sharp design cladding and also sport all new design 18 inch alloy wheels. The rear profile looks strikingly attractive and different with the wide split tail lamps in claw design and an illuminated light stripe that connects the lights.

The Hyundai Tucson goes up against the likes of the Jeep Compass, Volkswagen Tiguan, Skoda Kodiaq, Citroen C5 AirCross and the Mahindra XUV7OO in its segment.