Hyundai has launched their first 6/7 seater SUV the Alcazar in India with prices starting at Rs. 16.30 Lakh. The Alcazar will be available in Petrol and Diesel engine options across three trims, eight variants and six body shades which include two dual-tone colour options.

Hyundai had globally unveiled the Alcazar in March this year as the first three row offering from the Korean car maker. The Alcazar essentially is the Creta with lot more to it and the pricing is what makes it the best in its class where it competes against the Tata Safari and the MG Hector Plus.

The Hyundai Alcazar measures 4500mm in length, 1790mm in width, 1675mm in height and has a wheelbase of 2760mm which makes its around 200mm longer than the Creta, 155mm taller than it, and around 150mm more in terms of the wheelbase over the 5 seater SUV. In terms of cosmetic changes the Alcazar gets a chrome-studded grille, new design fog lamps with LED lighting, silver skid plates on the front bumper,  18-inch wheels, and an upright rear with wrap-around LED tail lamps connected by a chrome strip and also a panoramic sun roof.

On the inside the Alcazar can be got as a 6 seater (captain seats) or a 7 seater (bench seats) seats option. You also get lots of features loaded to the Alcazar which include 10.25-inch touch screens  infotainment system and digital driver’s display, BlueLink connected car tech, a Bose sound system, 64-colour ambient lighting, a voice-controlled panoramic sunroof, an air purifier, and an electric parking brake with auto-hold function, sunshades, headrest cushions and a wireless charger for the second row (limited to the 6-seater Alcazar), third-row AC vents, and front-row seatback tables etc.

In terms of safety the Alcazar comes with six airbags, front and rear parking sensors with a 360-degree camera, ABS with EBD, blind spot monitoring (assist drivers in changing lanes by providing a live view of the blind spots on either side), tyre pressure monitoring, and electronic stability control.

Powering the Hyundai Alcazar is the 2.0-litre petrol that makes out 159PS and 191Nm sourced from the Tucson, for diesel lovers you have the 1.5-litre diesel that makes 115PS and 250Nm just like on the Creta. Both engines can be got with either a 6-speed manual or 6-speed automatic. There’s also three drive modes (Comfort, Eco, Sport) and traction Control Modes (Snow, Sand , Mud) to play with. 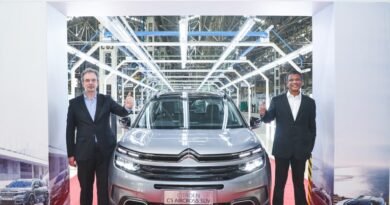