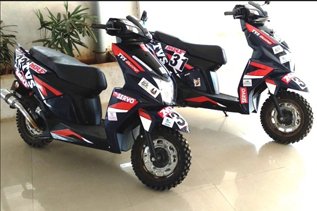 TVS Motors and their racing division TVS Racing are ready with the Race Ready version of the NTORQ for its first race which would be the fourth round of Indian National Rally Championship at Nashik this weekend. This Race Version of the Moto scooter is called as NTORQ SXR. 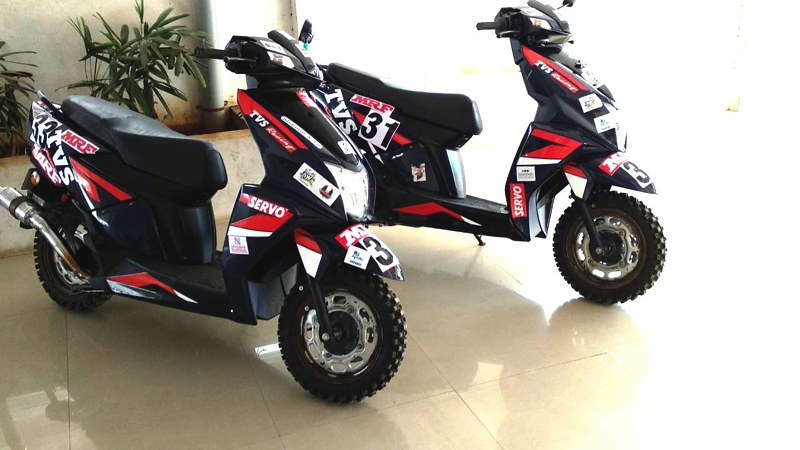 TVS Racing has pepped up the NTORQ SXR which is powered by 4-stroke single cylinder SOCH engine that now makes  20bhp and now can do 120kmph. The NTORQ SXR gets 12 inch knobby tyres and also special race tuned hydraulic suspension setup. The NTORQ SXR also gets race tuned intake and exhaust systems along with race optimised ignition system. 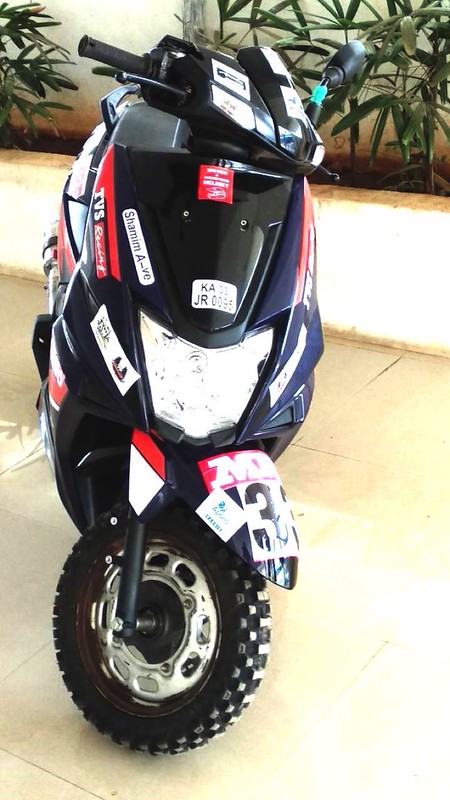 Commenting on the scooter’s debut, Mr. B Selvaraj, Team Manager, TVS Racingsaid, “The TVS SXR 160 has always been a formidable machine in the scooter racing arena. With the debut of TVS NTORQ SXR, we are confident to take the performance up by several notches.  We have tested the scooter for performance and reliability and I am confident it will set new benchmarks in the scooter class. The TVS Racing scooter team holds a strong winning record and the TVS NTORQ SXR will build on this success story.” 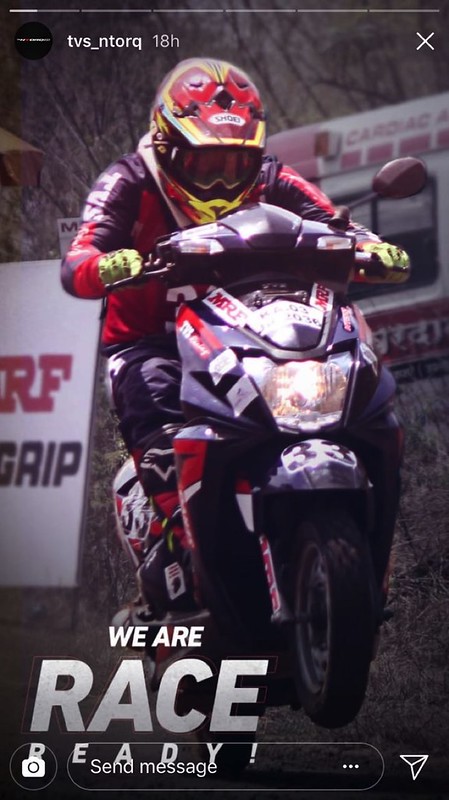 The fourth round of Indian National Rally Championship is scheduled to take place in Nashik on 25th& 26thMay.  Three times National Championship winner Asif Ali and Shamim Khan will be riding the new race  tuned  TVS NTORQ SXR in the Rally. 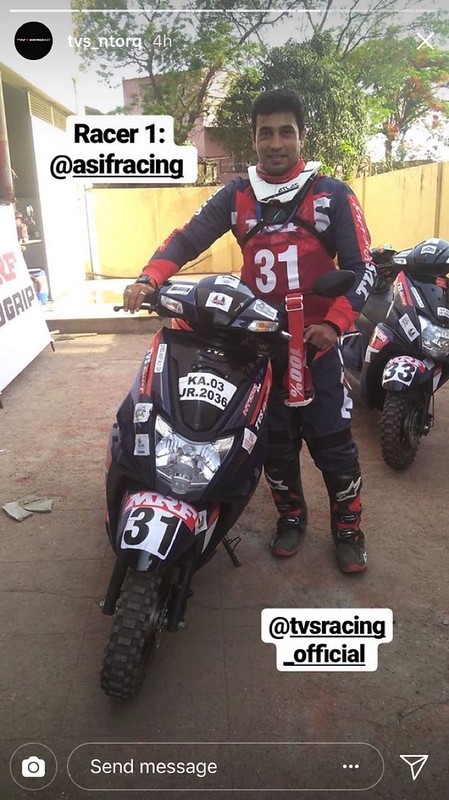 The production version of the TVS NTORQ comes equipped with a 125cc 3-Valve BSiV configuration Engine, mated to a CVT type transmission. This mill generates a maximum power of 9.4PS@7500rpm and a maximum torque of 10.05Nm@5500rpm, which allows the NTORQ to touch a top speed of 98kmph easily. The NTORQ is the fastest in its class, to reach 0-60kmph under 9 seconds. 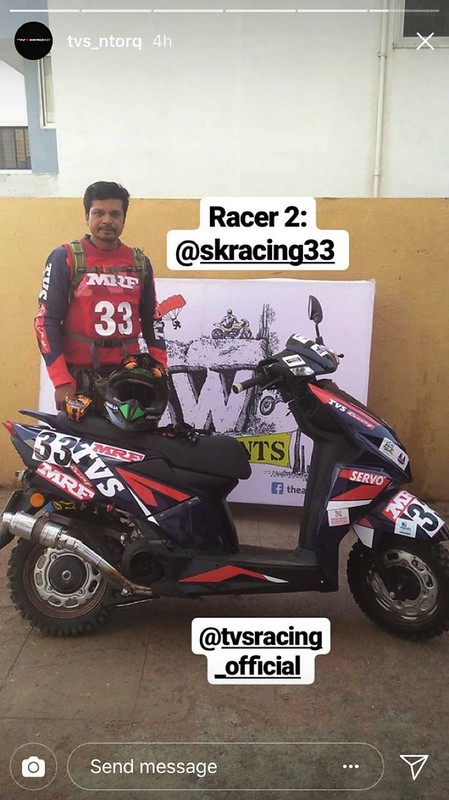 Lets see if our friends at TVS surprise us by putting into production the race ready NTORQ SXR, no harm in some wishful speculation. 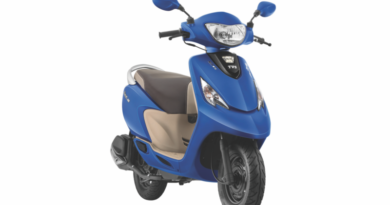 TVS Launches BS-VI ZEST 110 at INR 58,460 , To Be Available In Two Variants and Six Colour Options 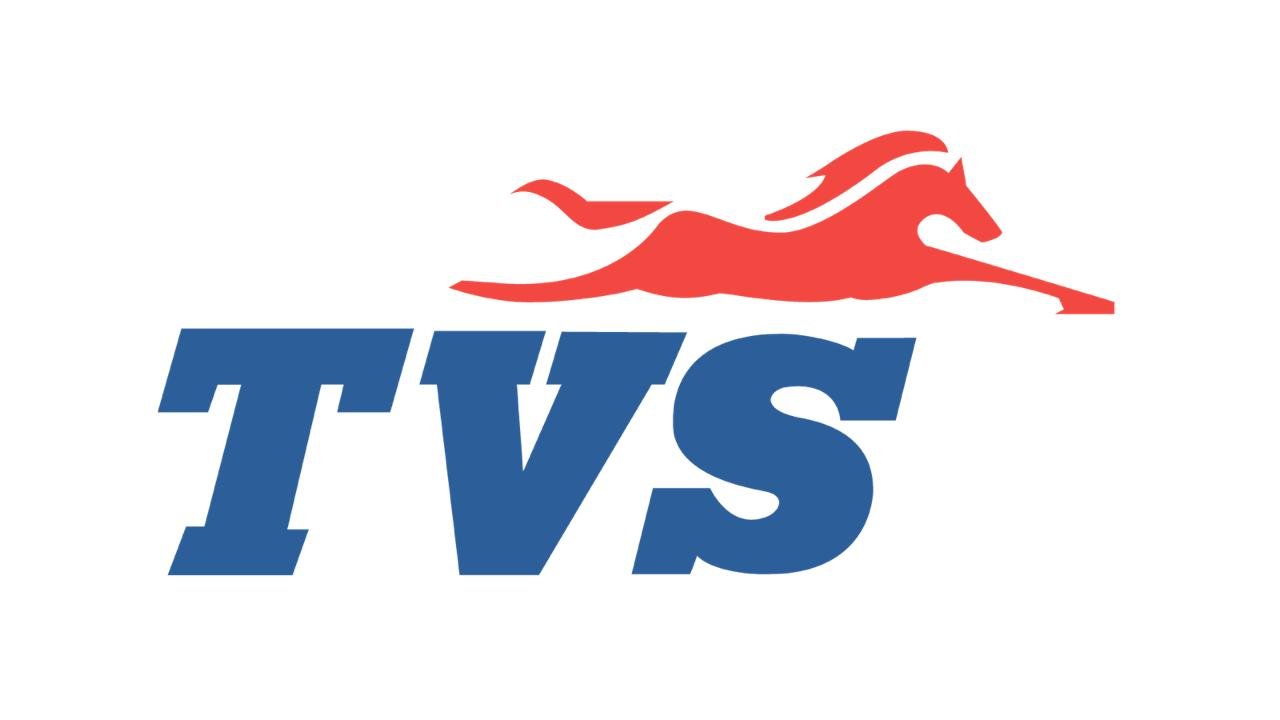