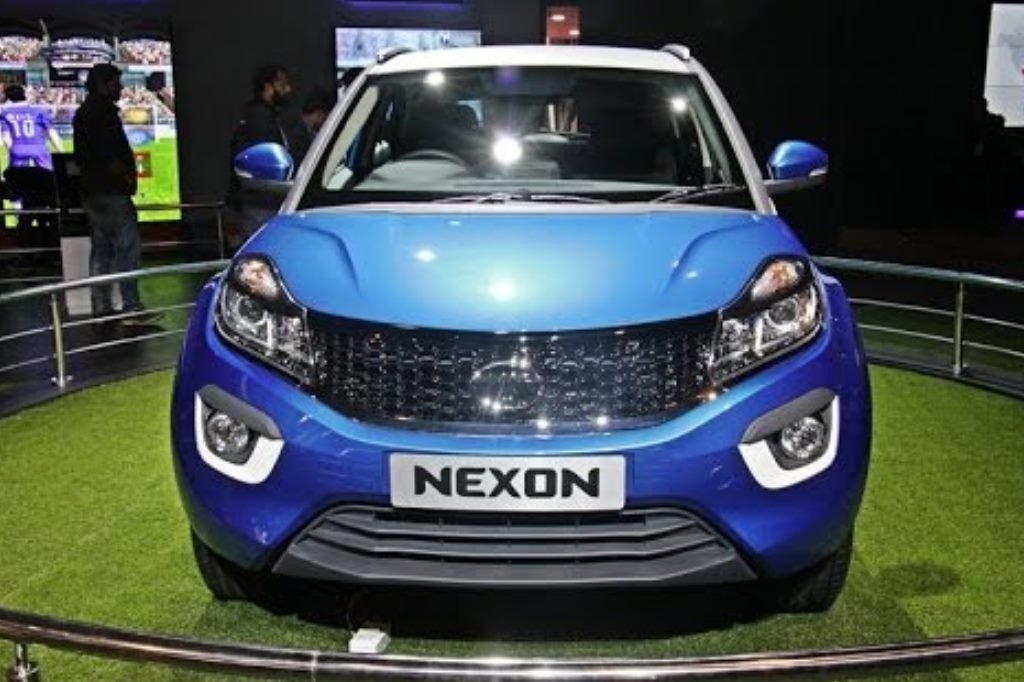 Tata is clearly on a roll and how ! Being dubbed as an old and lazy manufacturer spinning different concoctions from the same bottle of wine, Tata is now all set to shred that non so proud baggage and be seen as a manufacturer capable of introducting new products thoroughly designed from ground up and ones that excel in the looks department too.The Tiago gave Tata the first toast of success after a series of drubbings from earlier launches. Tata had followed it up with the launch of a very capable and truly luxurious Hexa SUV which has taken a liking from the market. The latest launch, Tata Tigor which is the sub 4m sedan avatar of the Tiago hatch also has all the positive vibes surrounding it. Now, the latest upcoming launch from the Tata stable would be the Tata Nexon SUV planned for launch during the festive season around Diwali. 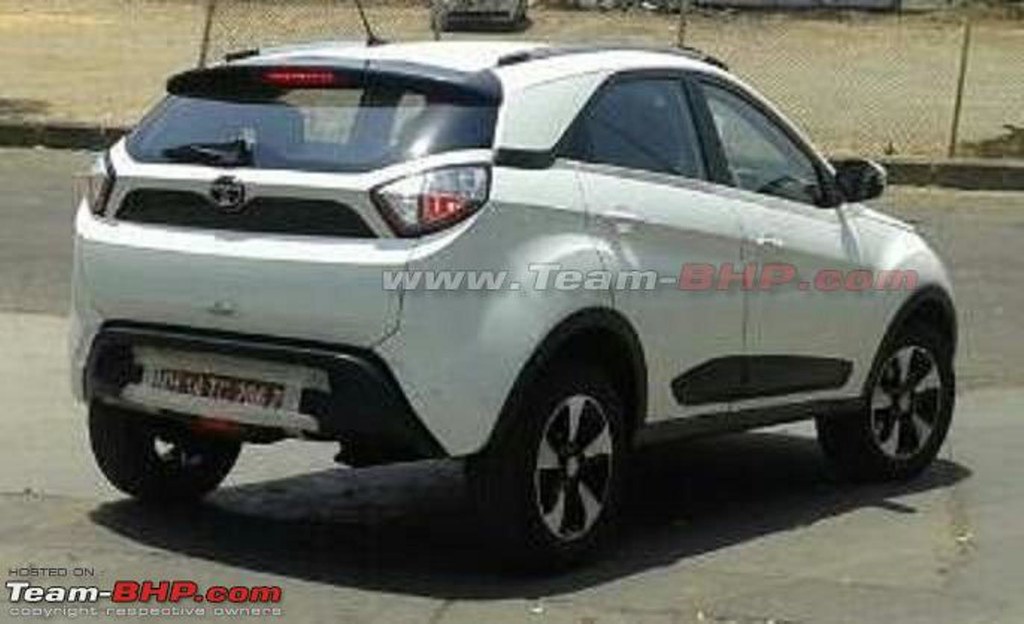 Though the Tata Nexon had been spotted testing earlier in and around the Tata’s plant in Chakan, Pune,with heavy camouflage, now is the first time, the SUV from Tata had been caught undisguised. This clearly hints that the product has reached the production stage and a launch is round the corner.

The vehicle caught in the picture looks to be the top end variant of the SUV with a classic white exterior paint job and a two tone 17-inch alloy wheels. The vehicle has been designed based on Tata’s new IMPACT design language and it definitely looks very futuristic. Though the side claddings on the doors reminds you of the Hyundai’s Grand i10, the straight line raising up from the fender to the tail lamps and back clearly brings to focus, the sharp design. The taillamps too have been designed very sleek in between a dumb bell shaped element housing the Tata logo. The front with the wide grille finished in honeycomb pattern and the projector headlamps give the SUV the much needed aggression. Since the competition in Maruti Vitara Brezza and Hyundai Creta offer a dual paint finish, a similar offering from Tata can be expected. 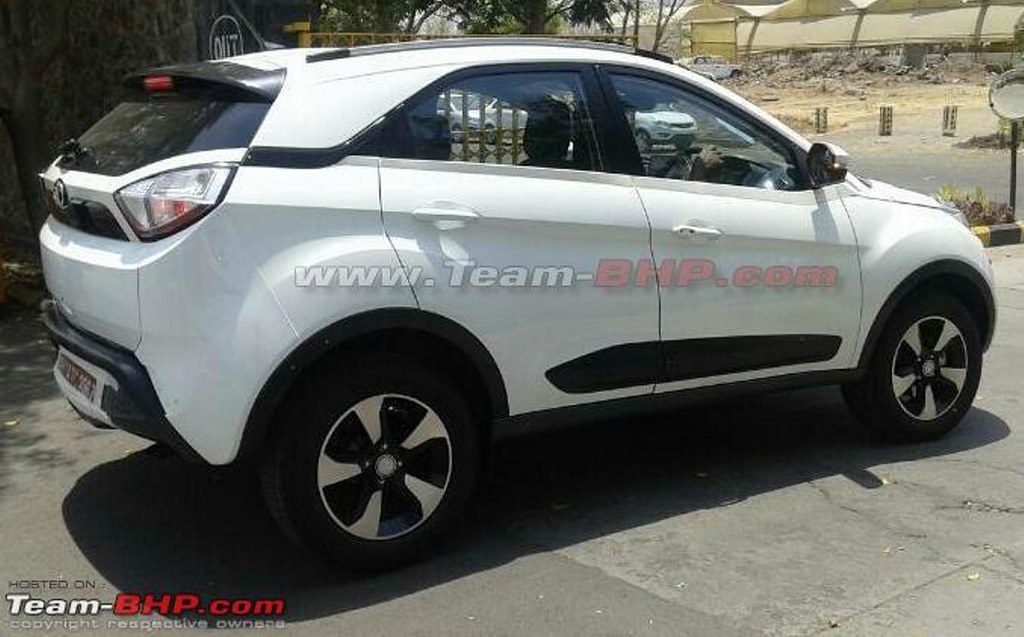 Power wise, the Tata is expected to feature an all new 1.5 litre turbocharged diesel engine with 4 cylinders, mated to a 6-speed manual gearbox. The petrol mill should be a more regular 1.2 L turbocharged revotron engine mated to a 5 speed manual.

Similar to the other latest models from Tata, the Tata Nexon too should carry a touch screen infotainment with the best in class sound system developed by Harman Kardon. Tata might also add an AMT flavor to add the much needed zing and to stand a better ground against the competition. Pricing wise, though it is not clear, Tata might actually under cut the competition by around 40000-50000 Rs to generate the buzz. Fingers crossed !!! 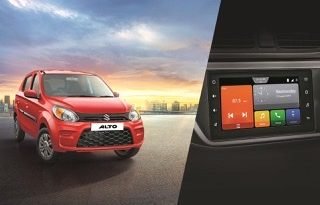 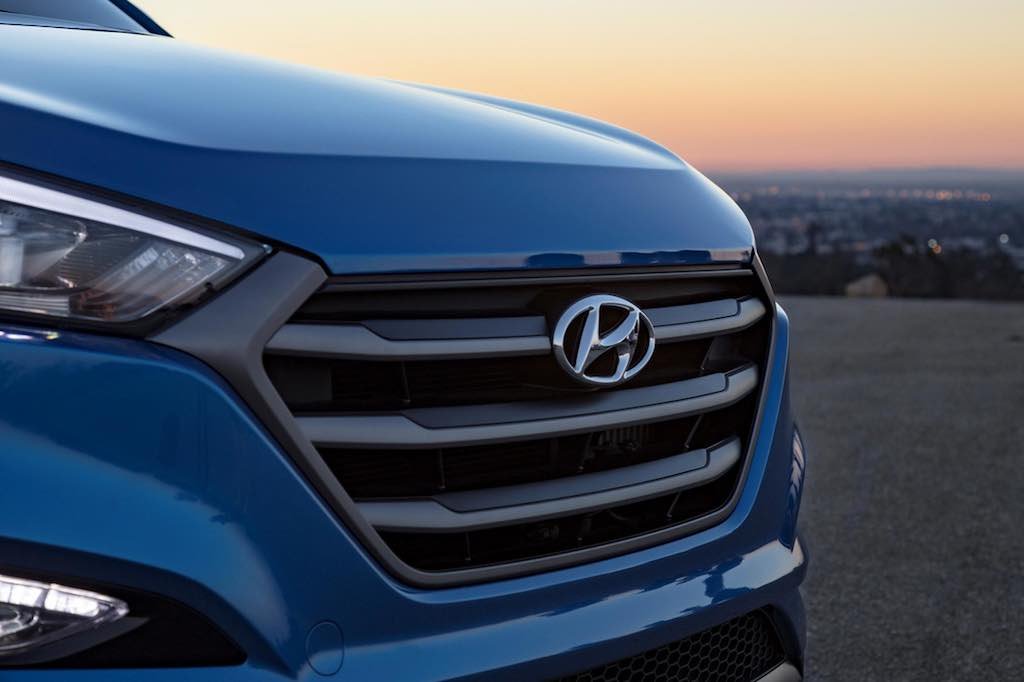