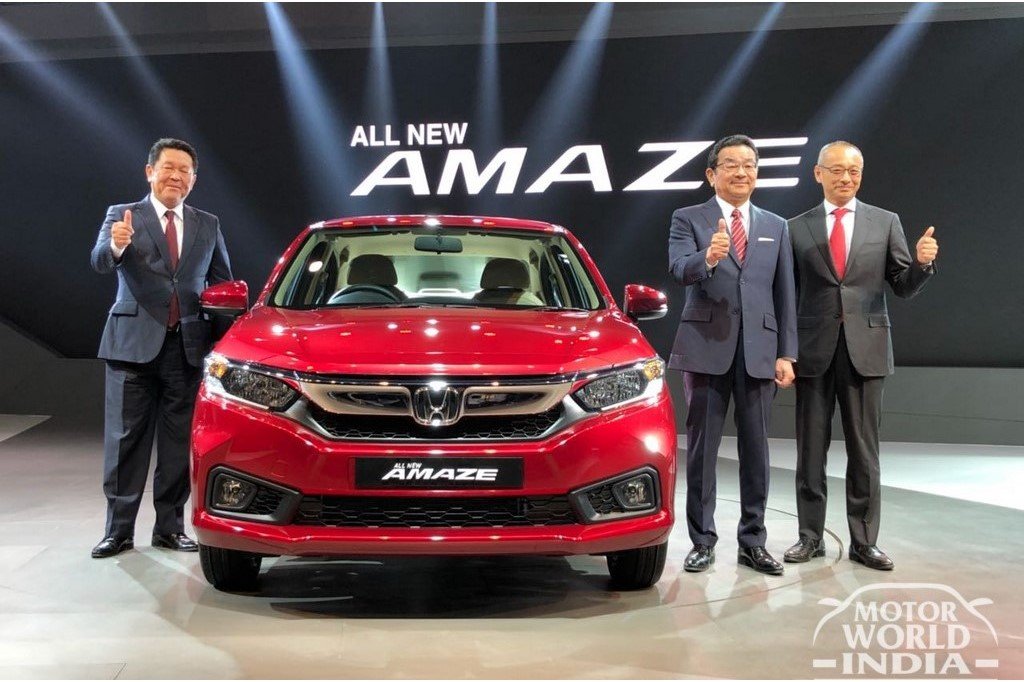 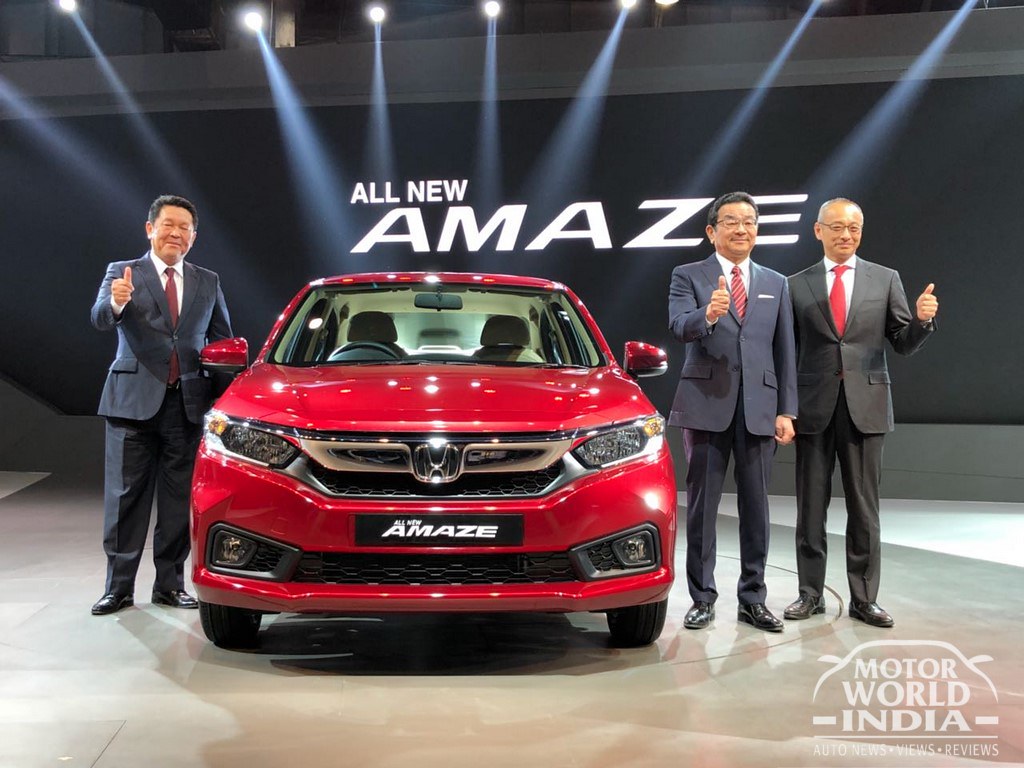 Honda Car India today broke cover off its all new 2nd generation Amaze at the 2018 Auto Expo. The car will be launched in the next fiscal year and will take on the likes of the new Maruti Suzuki DZire, Volkswagen Ameo and the Ford Aspire. The company also announced the launch of the much awaited Civic sedan for the Indian market. Joining the Civic will be the brand new 5th generation Honda CR-V. This will be the first time that the Civic and the CR-V will be offered with a diesel powerplant in India. 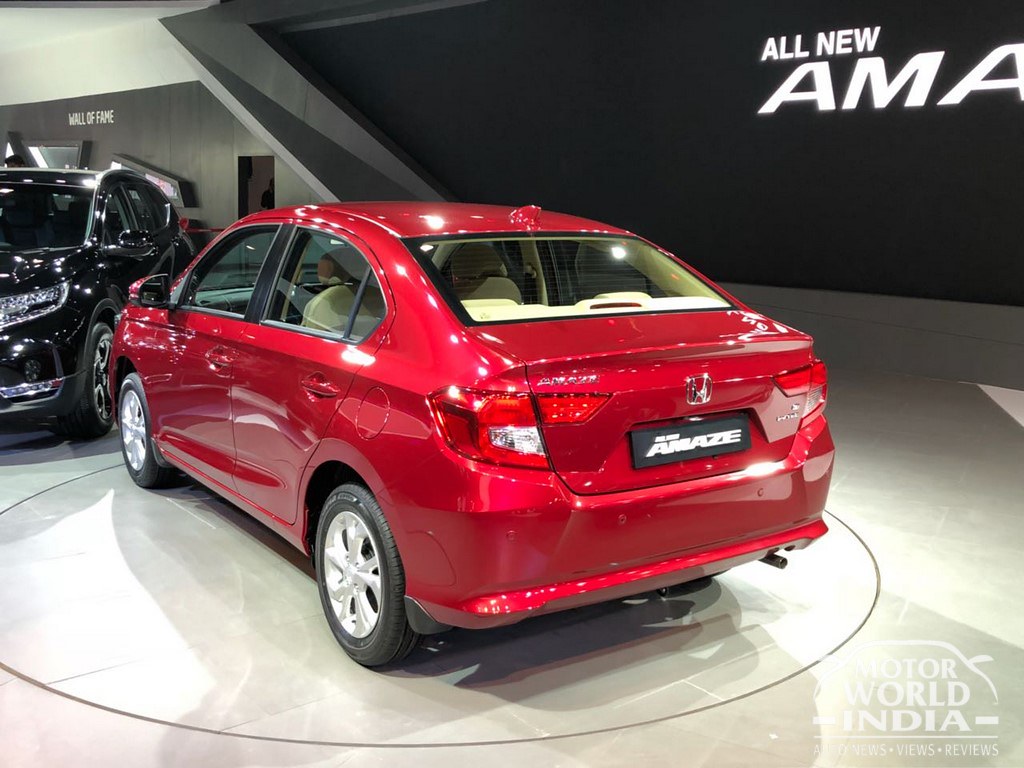 The new 2018 Amaze is based on an all new platform that has been developed at Honda R&D Asia Pacific Co., Ltd. located in Bangkok, Thailand following extensive market surveys in India on people’s driving needs and lifestyles. The car gets loads of features like even cruise control for that matter amongst others. The design takes inspiration from the larger Civic with its bold chrome grille. 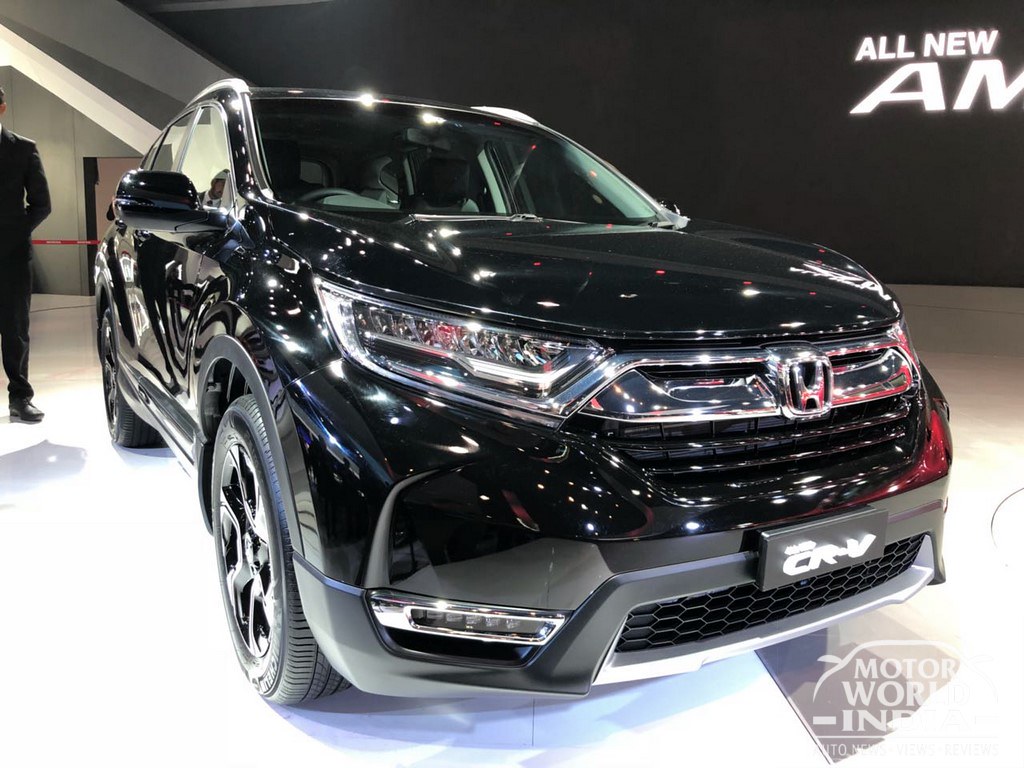 The 5th generation Honda CR-V will be launched in the next fiscal and will take on the likes of the Volkswagen Tiguan. It will be offered in a 7 seat format in India and will be offered with both petrol and diesel powertrains. The car gets many features like LED headlights and tail lights, LED Daytime Running Lights, a sharp-lined front grille enhancing a stronger look, and new sporty-designed alloy wheels. The rear too looks sharp and in line with new Honda global cars. 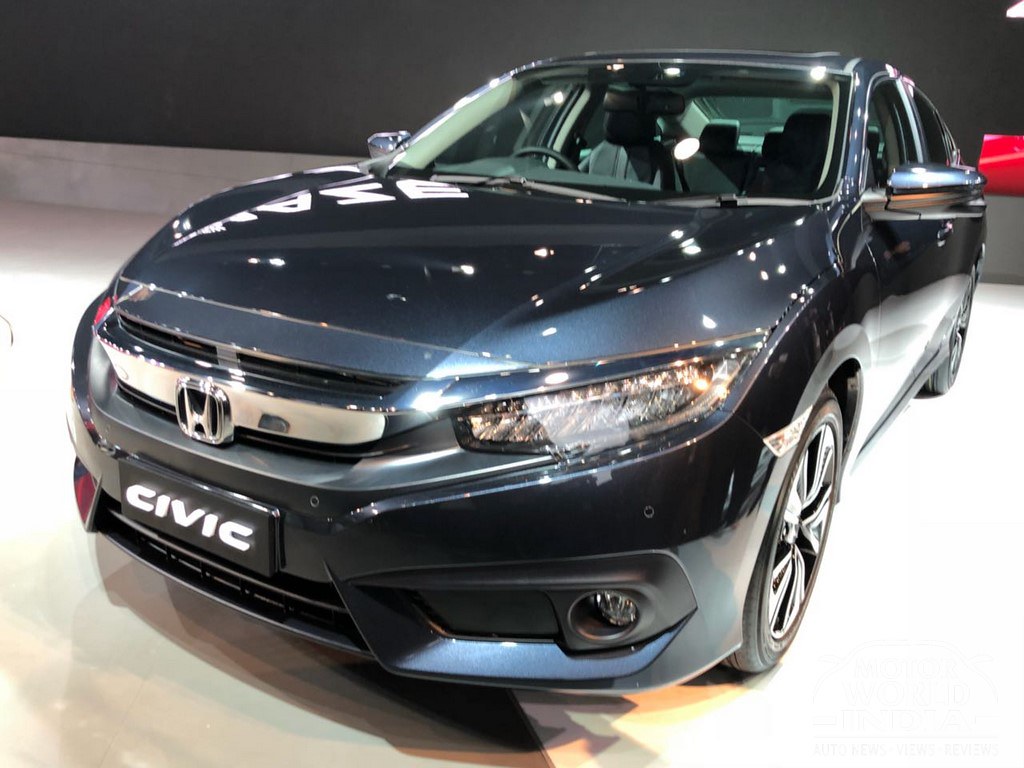 The 10th generation Honda Civic has to be the most awaited car in India currently and finally makes a comeback to India with a bang. It will be offered with a powerful diesel motor this time around making it a complete package. This one is sure to be a popular choice with Indian buyers even though the trend is shifting towards petrol cars. We for once cant wait to drive this car in person. 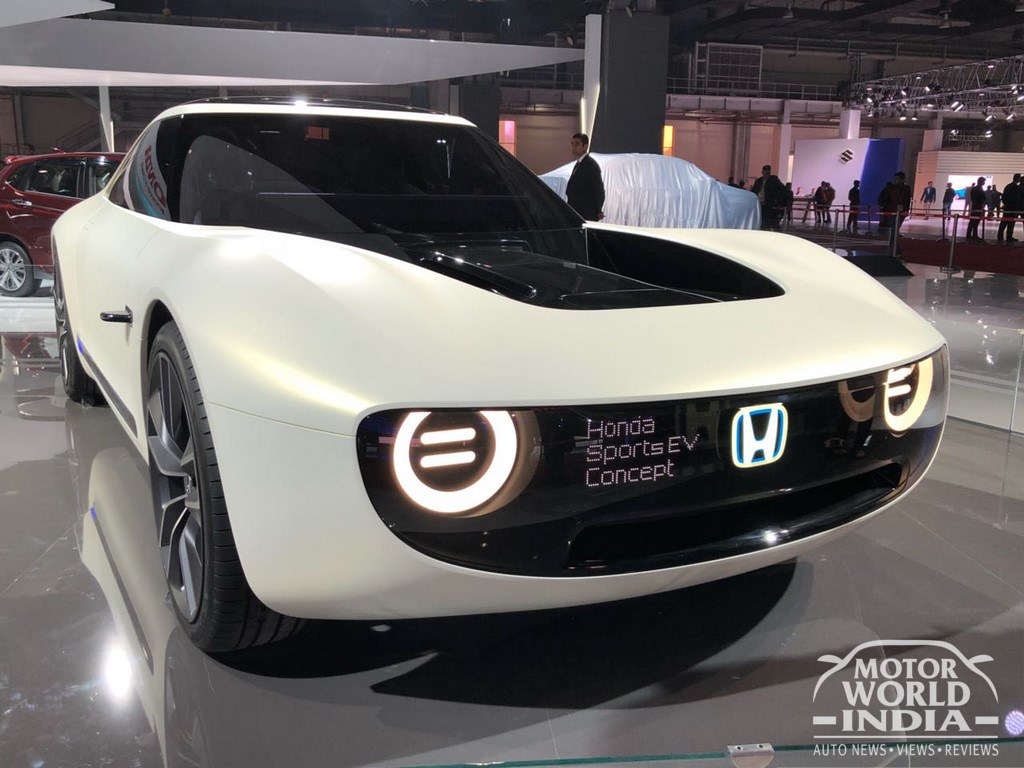 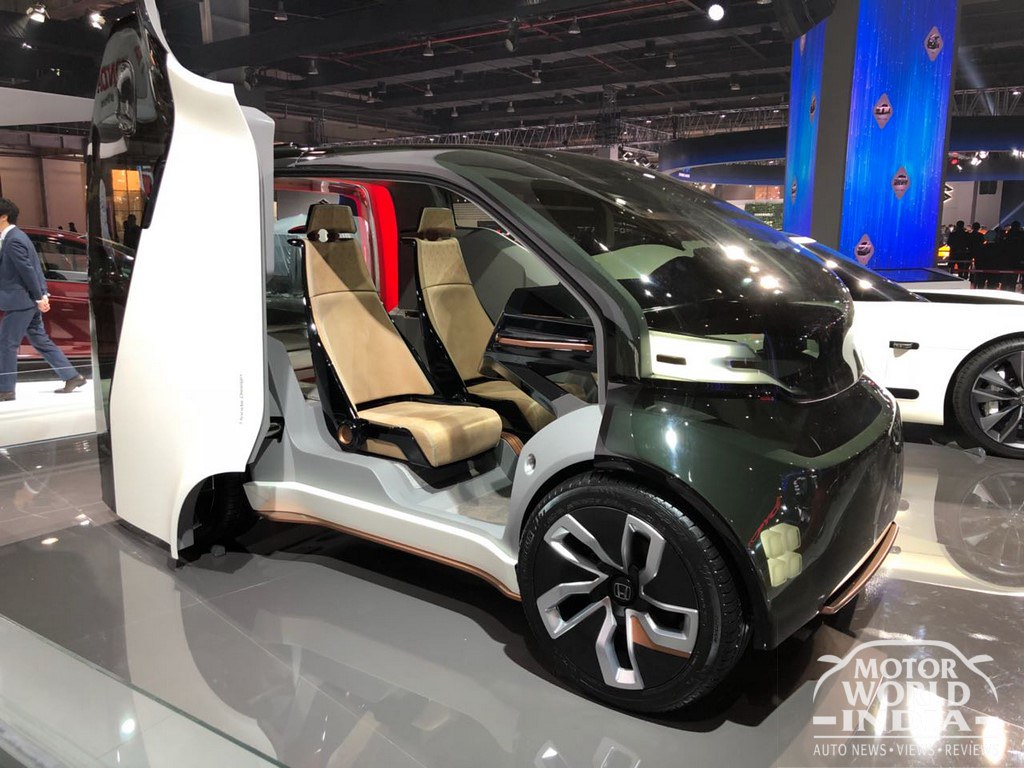 The Honda NeuV is an EV concept model that explores the potential of mobility products which will be further expanded by automated driving technologies and Artificial Intelligence. NeuV makes judgements about the driver’s state of stress based on facial expressions and/or tone of voice and provides assistance to the driver to support safe driving, and by learning the driver’s lifestyle and preferences, provides suggestions to the particular driver, realizing communication between driver and mobility. 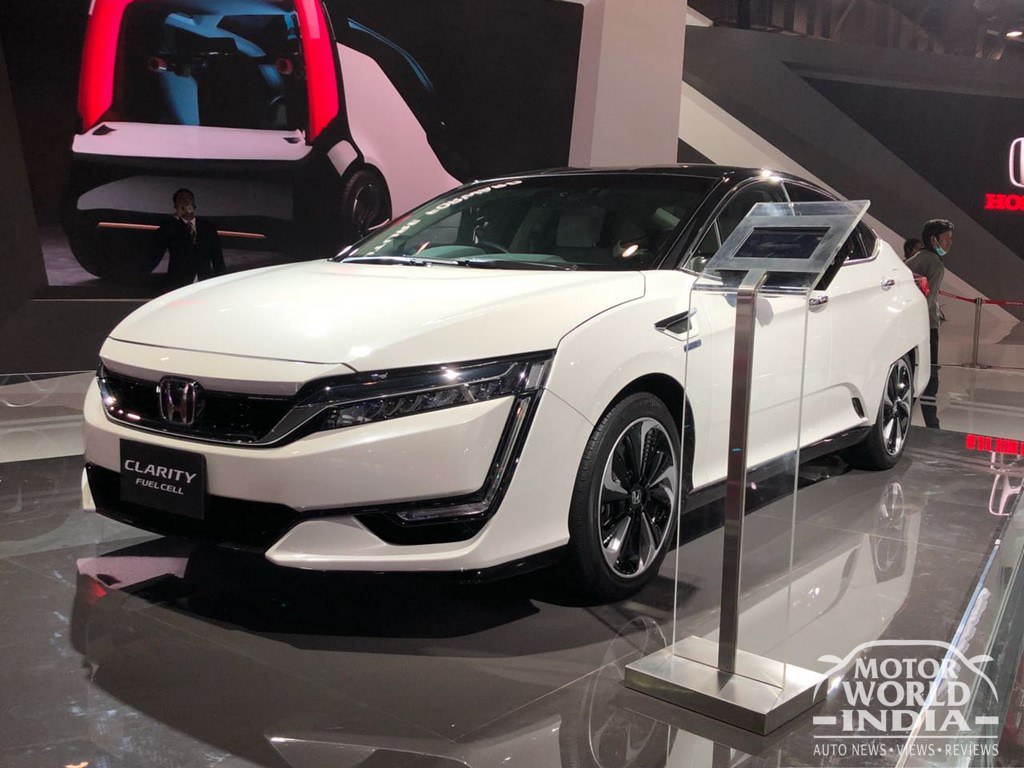 The Honda Clarity Fuel Cell is the pinnacle of Honda’s electrified vehicle technology and highlights the commitment, recently announced by company’s President & Representative Director Takahiro Hachigo, that two thirds of global sales will feature an electrified powertrain by 2030.Clarity Fuel Cell is Honda’s most advanced zero emissions vehicle and is the first fuel cell sedan to house the entire stack underneath the bonnet, making the cabin spacious enough to carry five occupants. 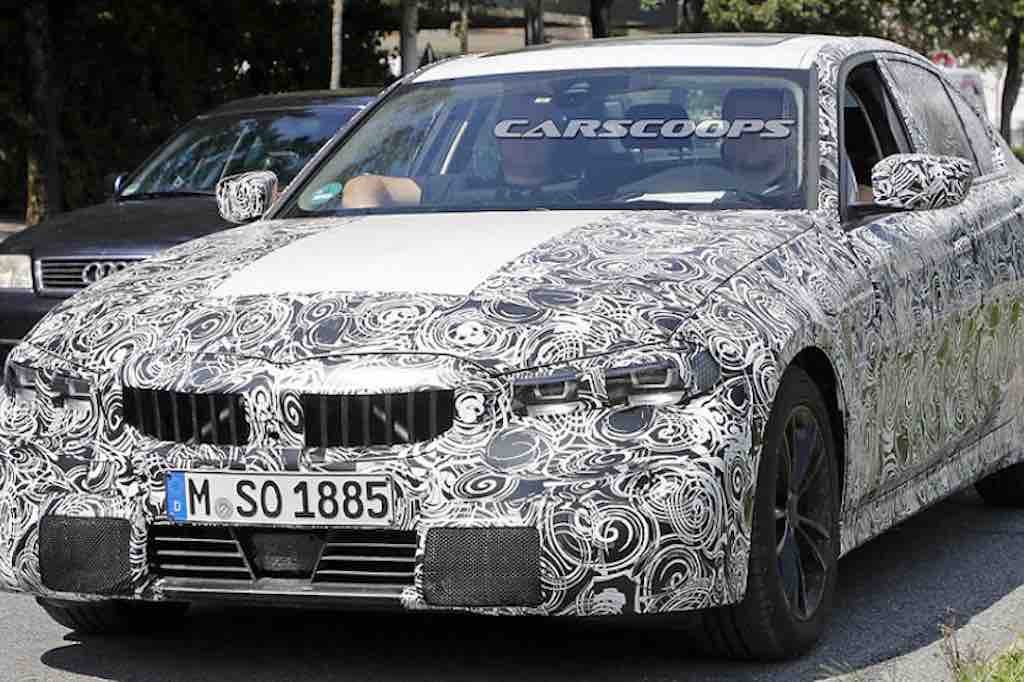 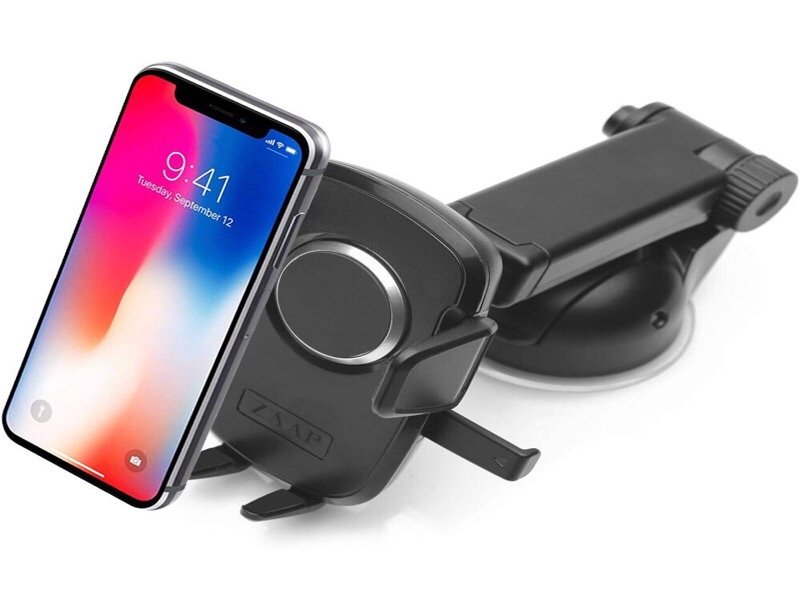 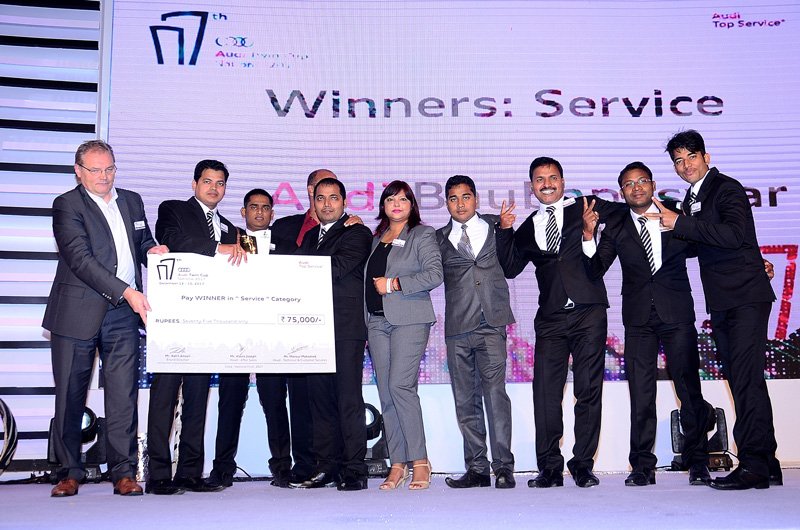