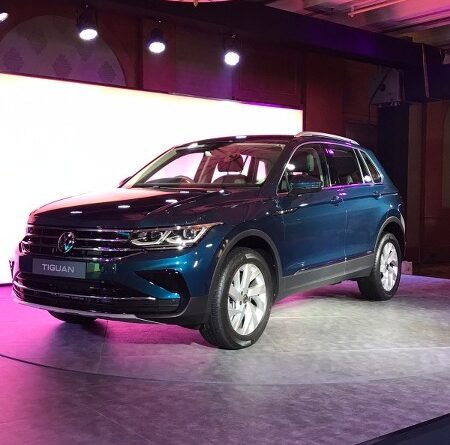 Volkswagen has launched the latest version of their flagship SUV the Tiguan in India priced at Rs. 31.99 Lakh. The latest 5-seater version of the Tiguan will be assembled in India at the group facility in Aurangabad. Deliveries of the 2022 Volkswagen Tiguan facelift will commence mid-January 2022, with bookings now open and test drives set to begin on 10 December in Mumbai, Delhi and Bengaluru. The VW Tiguan in its latest avatar will be in the fully loaded ‘Elegance’ variant. The SUV will be available in Nightshade Blue, Pure White, Oryx White with Pearl effect, Deep Black, Dolphin Gray, Reflex Silver and Kings Red color options.

Volkswagen had first introduced the Tiguan in its 5 seater version in 2017, later they got the 7 seater All Space Tiguan into India. This is the fourth SUV that the German car maker has launched in India for 2021 after the T-Roc,Tiguan Allspace and the Taigun midsize SUV a few months ago.

In terms of changes on the outside the New Volkswagen Tiguan comes with a new VW famuly grille,  swept-back, adaptive LED Matrix headlights with the ‘IQ that comes with an intelligent Light’ system comprising 24 individual LEDs,  new design LED tail-lights with a new light signature and 18-inch ‘Frankfurt’ alloy wheels.

On the inside the Tiguan comes with a 10-inch, full-digital virtual cockpit, an 8.0-inch touchscreen infotainment system with gesture controls, a panoramic sunroof, three-zone automatic climate control, leather seats, USB-C ports and a flat-bottom steering wheel. Also included are a reverse camera, ambient lighting with 30 colour options and connected car features such as location tracking, geo-fencing and driver behaviour and usage patterns. Tiguan facelift comes with a large boot, with a capacity of 615 litres that can be further expanded by folding down the second row.

The Volkswagen Tiguan facelift rivals the likes of the Jeep Compass, Hyundai Tucson and the Citroen C5 Aircross in its segment. 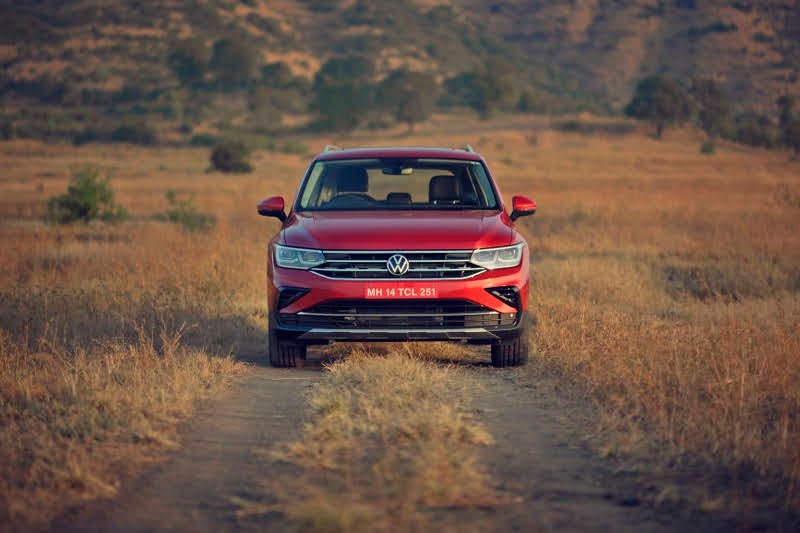 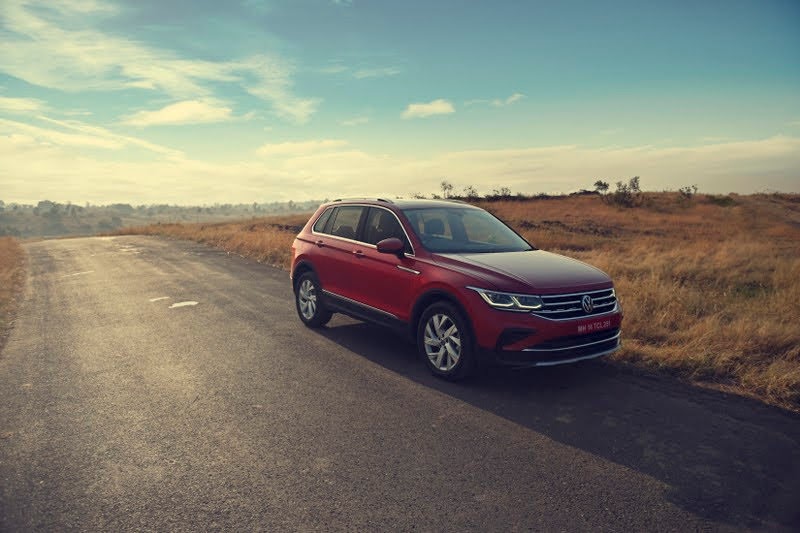 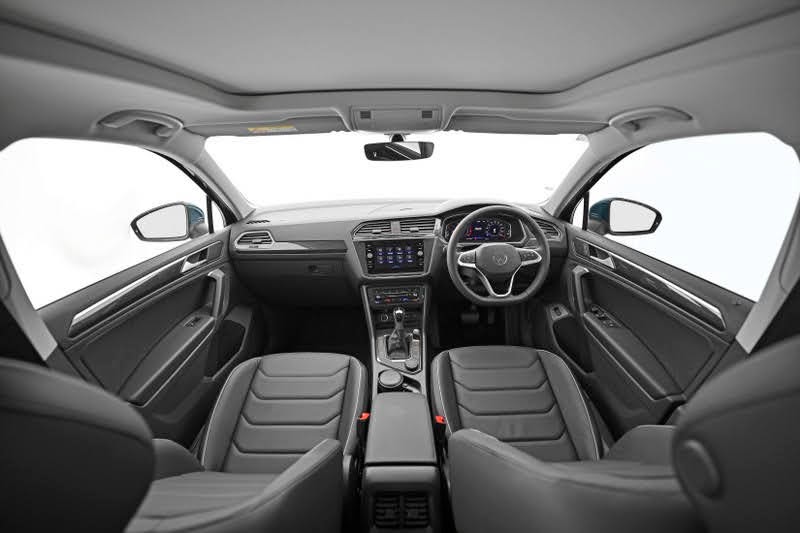 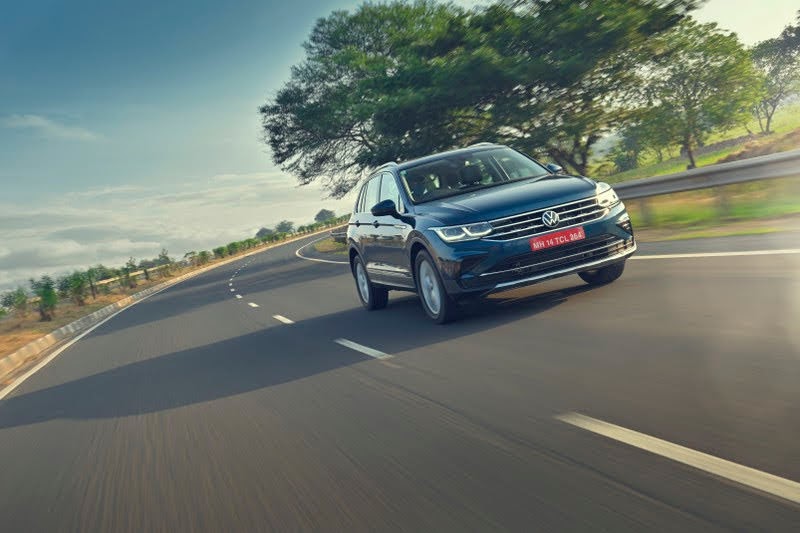 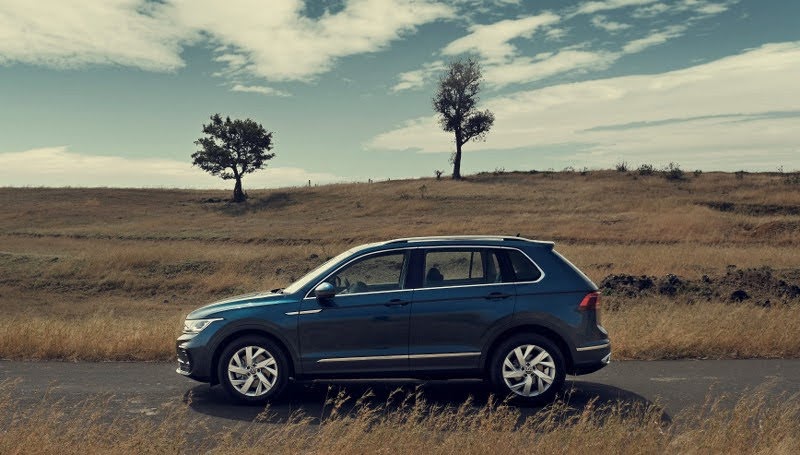 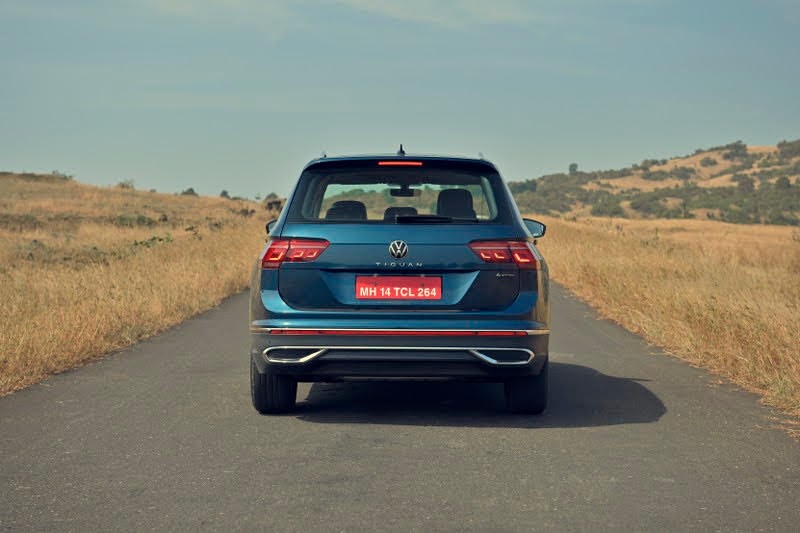 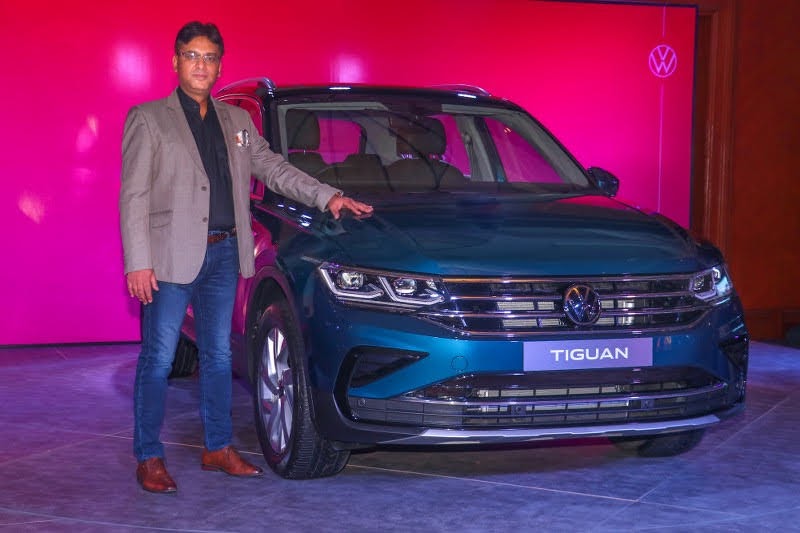 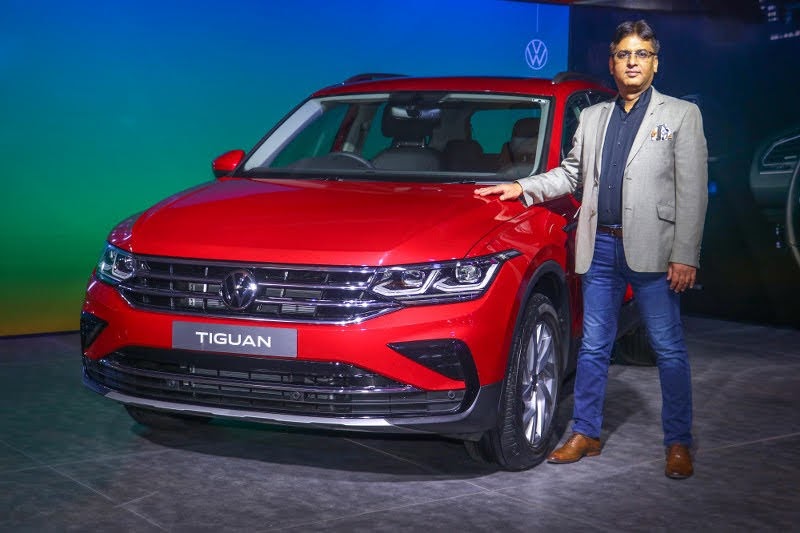 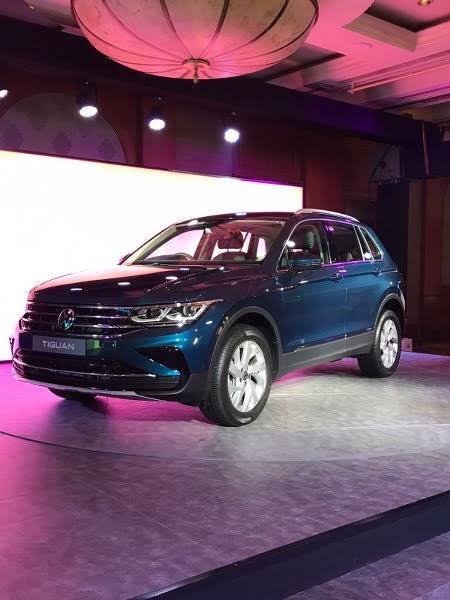 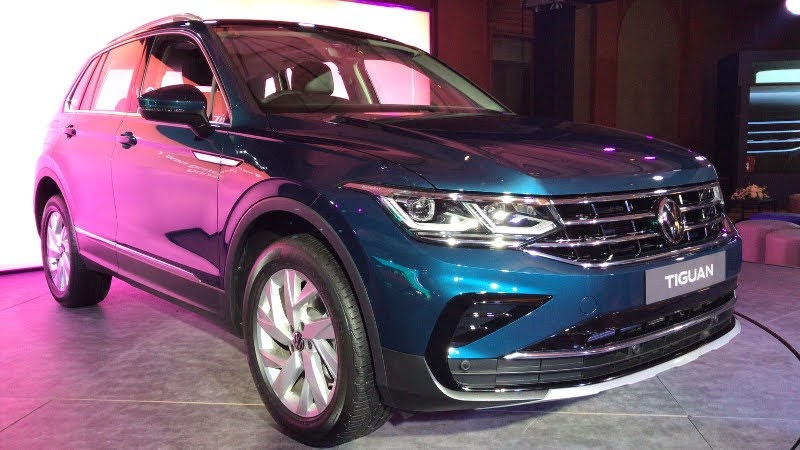 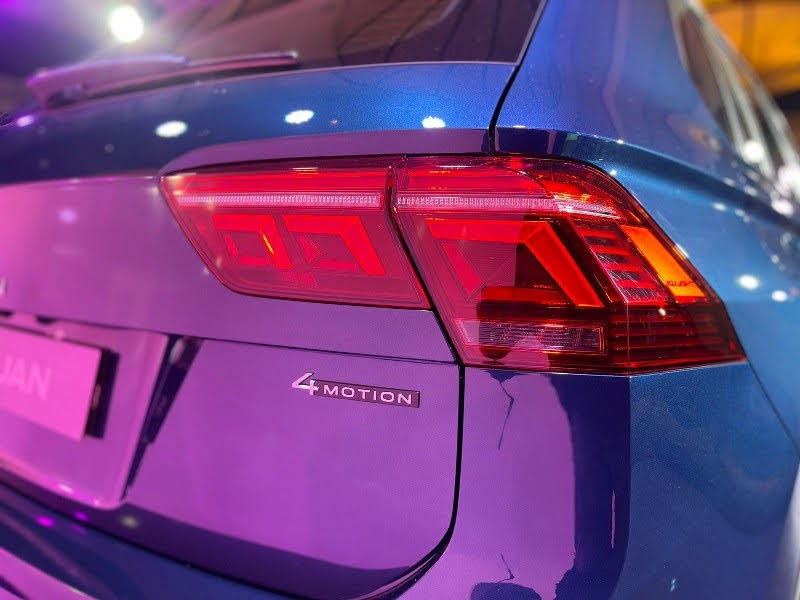 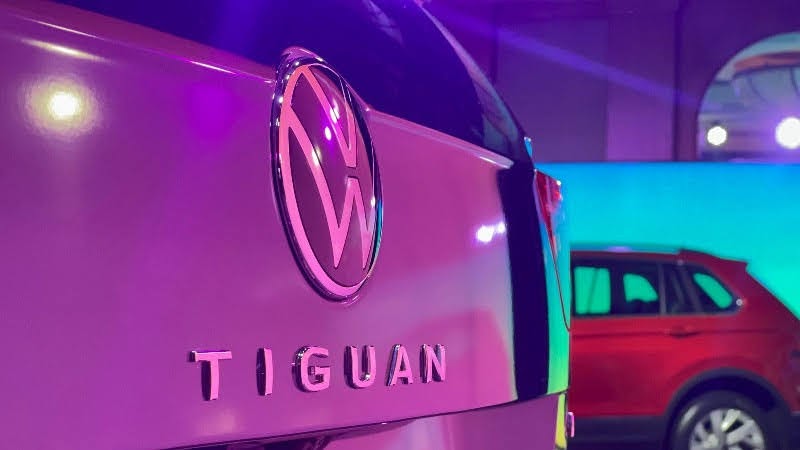 Skoda releases official teaser video of the Vision IN SUV, see it here… 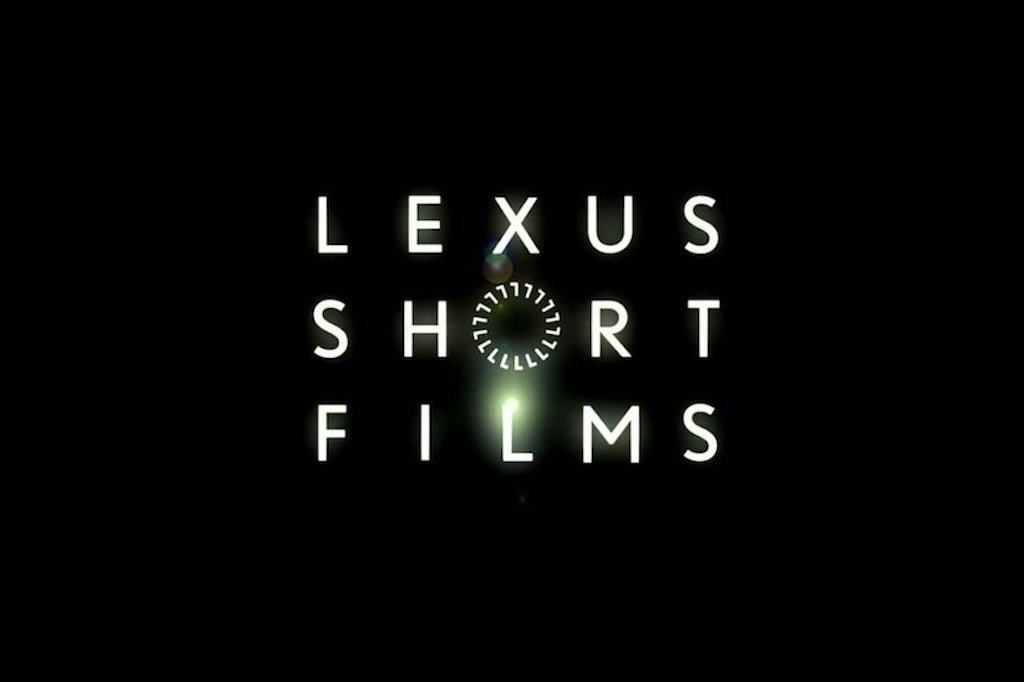