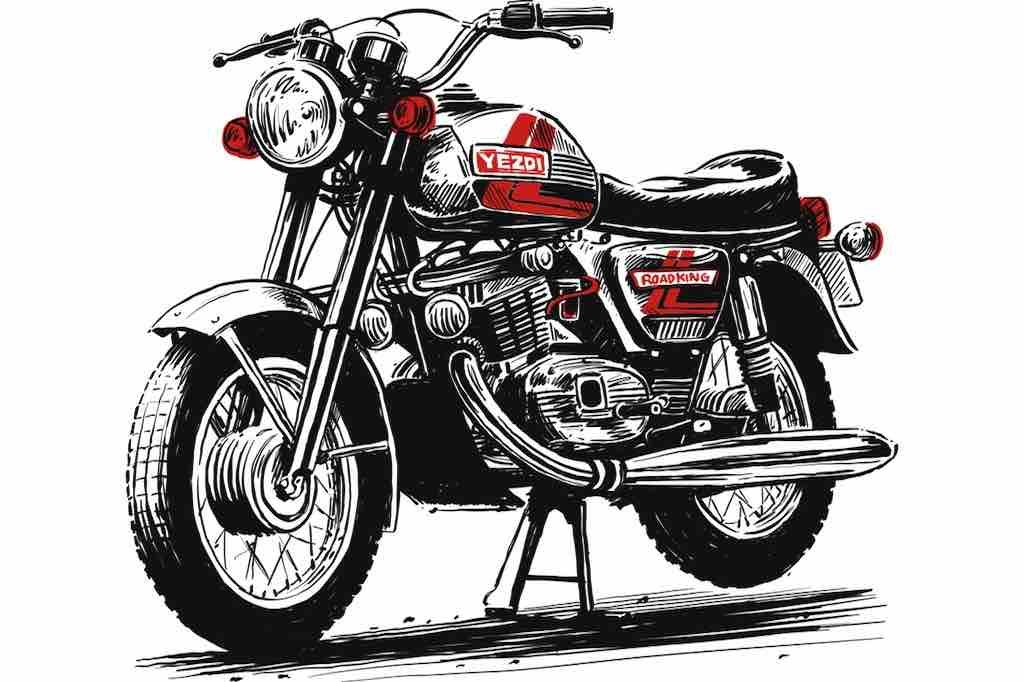 This is a love story between many men and one bike. The love of the generation from the 70’s,80’s and even 90’s. The bike was known for its inherent ruggedness and an unassuming but raw power delivery from its 2-stroke power house. It drank fuel like nobody’s business but the thump from its twin exhaust made the men forgiver her. 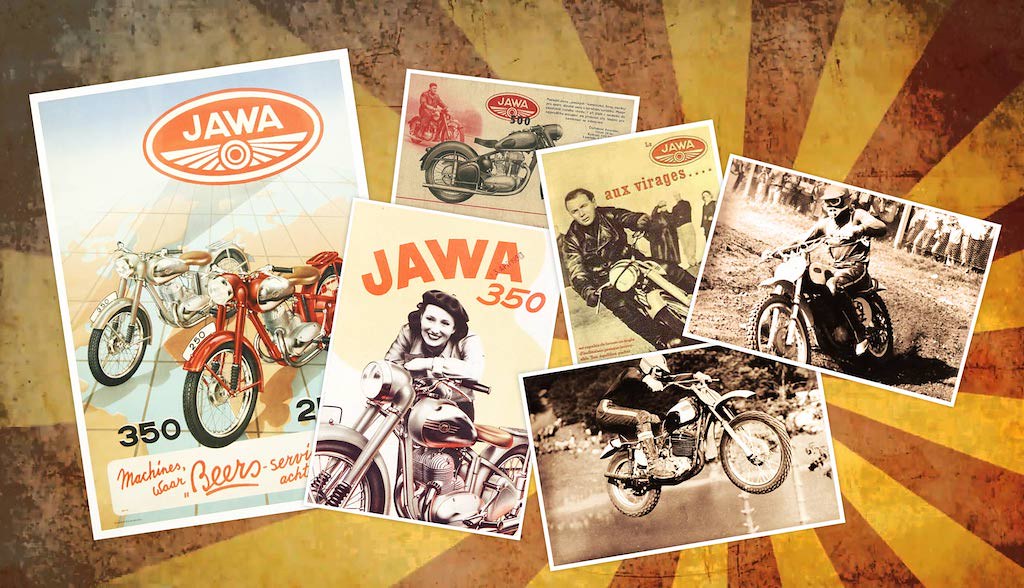 One look at the bike and the no nonsense design and the nostalgia of their romantic moments with her will make these men fall on their feet. Even now, these men take her for a getaway or two and meet up at odd destinations to catch up and discuss about their love. Even after her Czech parents have long abandoned her, these men do not and never will. Yes, we are talking about the Yezdi bike, made by Jawa. Its tag ‘Forever bike, Forever value’ has been taken a little too seriously by its owners and aficionados.

This is one bike which has seduced almost every rider who has sat on her; with her eager heart, raw power and insane pickup. Manufactured by Ideal Jawa in a factory based out of Mysore, the now defunct brand was operating between 1960s to 1990s when Yezdi bikes were truly ruling not only the Indian roads but also the Indian hearts. 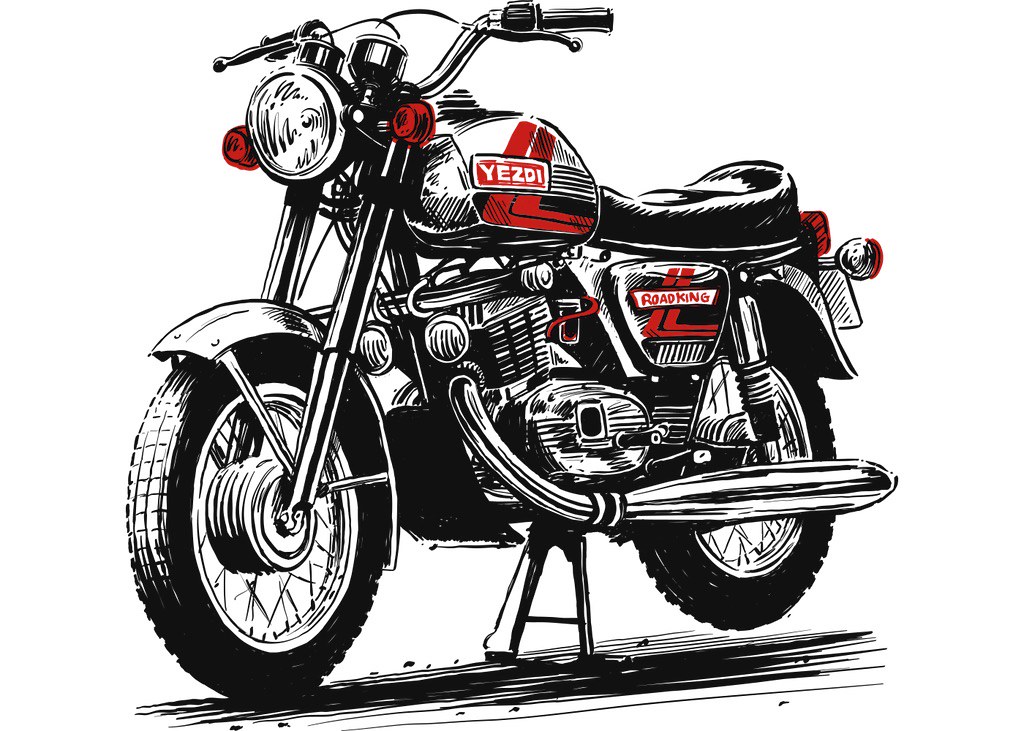 Now, recently, a tweet from Anand Mahindra has set the social media users a buzz with excitement and wonder. The tweet talks about the new website of ‘Yezdis of India’ that has gone live recently. In fact Anand Mahindra seemed to be excited about the great brand being remembered and the nostalgia surrounding it. While the website does not mentioned about the rebirth of the iconic brand as a product, it talks about the Yezdis, their technical specifications and how it was a way of life for many Indians a few decades back. 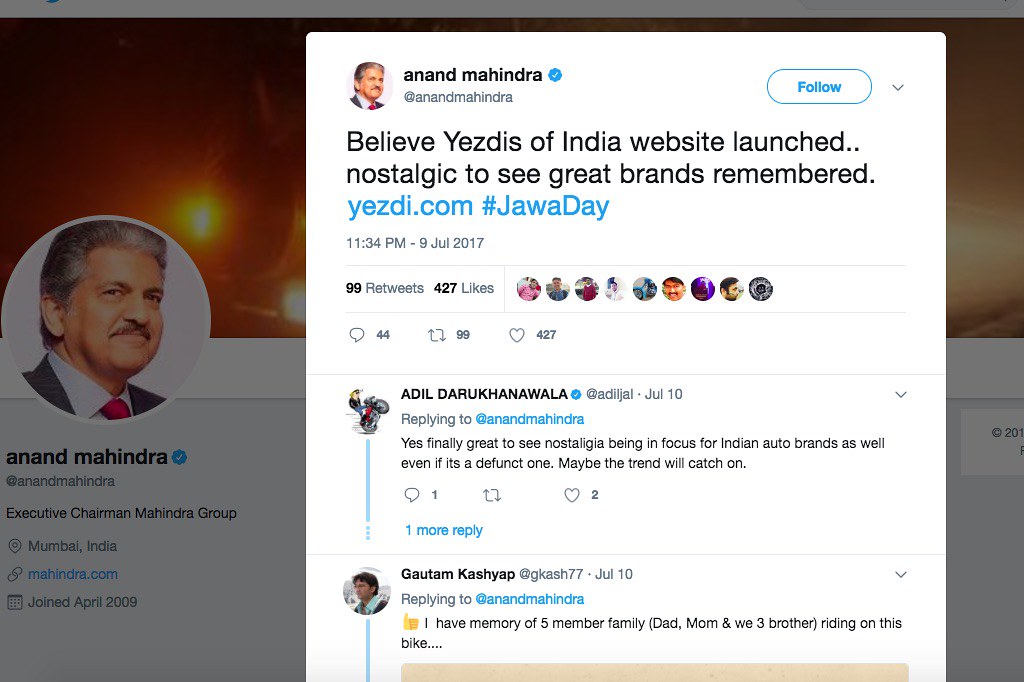 Infact, last year, Mahindra & Mahindra had announced that it has acquired Classic Legends; a company with special focus on reliving the legends which were also brands in their prime and relaunching them in the relevant markets; markets where they are still considered an ‘Icon’. Classic Legends had also signed an exclusive brand license agreement for the iconic JAWA brand, to be launched in India where it still enjoys a cult status. Mahindra had confirmed that time that the launch of the first few products would happen in around two years, under the respective brands and not under the Mahindra brand.

So, does this tweet from Anand Mahindra confirm the rise of the phoenix from the ashes? Has the sleeping giant ‘Yezdi’ awakened? God, this is exciting! 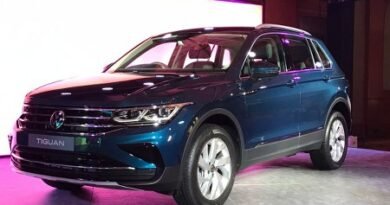 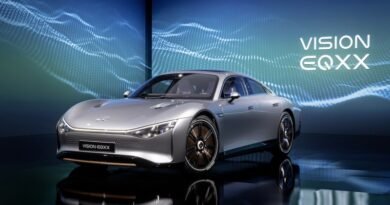