Bajaj Auto ltd, the Pune based two &three-wheeler manufacturer had launched the All New Pulsars in 250cc category, on 28th October 2021, exactly 20 years later from 28th October 2001, when the 1st ever Pulsar 150/180s were launched. The Pulsar brand of motorcycles is what gave Bajaj Auto the recognition as a successful motorcycle manufacturer and shaped the pathway to where Bajaj Auto stands today. With a whole basket of brands in hand like the KTMs Duke’s, Rc’s, Adv’s, Husqvarna twins’, Dominars twins’, the Pulsar brand somewhat got side-lined in the past decade, with no major updates or upgrades to fuel the ever growing hunger of Pulsarmaniacs. New Pulsars’ were expected, nobody knew when but.

But, as they say, ‘Der aye, durust aayee..!’
Bajaj Auto launched the New Pulsar N250 & the F250 as a mark of an all-new era of Pulsars. The Older generation pulsars shall soon be updated on the design lines of these new 250cc models. Lets talk about the new Pulsars shall we.
So, Bajaj Auto has launched 2 different versions of the Pulsar250, namely the F250 and the N250. The F250 is the semi faired version, while the N250 is the naked version. The front end & the Handle bar configuration is what differentiates both of them, other than that, under the covers, it’s the exact same motorcycle with exact same engine.

Speaking about the F250 first since I liked it more. The F250, as discussed gets a semi-faired look. From the side view, one might see a Pulsar AS inspiration for the fairing. If you look at the fairing from the front, you might see some resemblance to Discover 125F 4v’s fairing design. Though, the headlamp unit is all new. It gets these inverted boomerang DRL unit, and a dual function projector LED lamp unit to manage the lighting. The fairing also gets this visor over it, which adds to the overall aerodynamics of the bike. The visor is neat with a good height and transparency, which allows the rider to see clearly through the visor, while they are riding fast with their heads leaned in for better wind cutting. Looking at the N250 now, which is the naked version. As the name suggests, it skips the fairing part, and a simple headlight unit gets mounted on the forks. The design, if seen in the dark, somewhat resembles Yamaha’s MT-15, while twin DRLs above it, and a single projector lamp for lighting. But when you see it in day light, it wont really resemble the MT15, but more of an naked street fighter, it gets straightLED DRLs, with the dual purpose projector lamp sitting in between. The overall design language for both the F250 & the N250 is aggressive with sharp body lines going throughout the bike.

Both the bikes get a 14-litre fuel tank, which is heavily inspired from the NS200/AS200, but it has 2 litres more capacity now than before. Both of them, also get this All-new two piece front mudguard fendor, which is an eye catcher. Looks aggressive and sharp, that goes well with the overall design. Both the N250 and the F250 get these aggressive body decals, which add to the overall sporty looks of the bikes. In terms of Riding position though, both the bikes cater to a different category.

The F250 gets these raised split handlebars, while the N250 gets a single handlebar which sits lower in height. To simple put it, the F250 offers a more laid back and touring spec riding position, while the N250 offers an aggressive riding position. The seats offered on both the bikes are split type, the rider seat is posh & comfortable, with a step-up pillion seat behind it for the pillion. The sidepanel design too has been tweaked a bit to match the overall vibe. From the looks of it, it surely looks like a perimeter frame right? Like the Ns200 and Dominars. Well, you are completely wrong if you said yes. The F250 and the N250 get this newly developed tubular frame chassis which offers better strength and rigidity over its predecessors. The Silver part, that you guys see here, below the side-panels, are nothing but fibre panels, just placed there to give the bike a perimeter frame look. Quite smart of Bajaj Auto to include that into the package, surely makes the bike look premium and sporty.

Moving towards to tail section of the Pulsar250s, the tail panels look inspired from the elder d400, with sharper lines to match the overall essence of the bike. Both the 250s get this inverted boomerang type LED tail lamp unit and LED indicators from the d400 again. The Tail tidy though looks really fresh and sporty. Both the Pulsars also get a rear tyre hugger now which is mounted on both the sides of the swingarm, unlike the single sided ones we had earlier on ns/rs200. This new hugger looks sharper & sportier, along with stronger and sturdier in this new avatar. Both the N250 and F250 get these 17 inch magwheels, which are directly carried forward from the NS200. Other than this, both the bikes come fitted with an all new dual outlet exhaust setup. Looks like Bajaj have hit the right box here, with the exhaust note being throaty and deep. One could listen to a Pulsar250, from far away approaching you. You can compare the growl of these pulsar250s to the Dominar 400UGs, which is somewhat close to the Pulsar250s. The exhaust note will surely be a USP for the New 250 pulsars, since till date, no other Pulsar had this kind of exhaust note.

So both the New F250 and the N250 look spectacular, sharp and ready to rule the roads, just like its ancestors did. But the New 250s only get a 2 valved engine, just a 5 speed gearbox, tubular frame which some have already claimed to be not better than the perimeter frame. Will all these concerns stop the Pulsar250s? Well we rode both of them to find the answer to these questions. The all new chassis is amazingly stable, the weight distribution is to the mark, its agile, its nimble and light weight. The new chassis gives the Pulsar250s a whole new character. Both the bikes love being cornered, they both behave pretty well in high speed corners, even In daily city traffic, the bikes allow quick directional changes without much efforts. The agility on offer is that great, that will put even a Dominar250/400 to shame. This new chassis gets mated to 37mm telescopic forks on the front, and a single monoshock with 5 step adjustments on the rear side. Both the front & rear suspensions are set to the stiffer side, to deliver confidence and stability at higher speeds. These suspensions too are newly developed, and not carried forward from any other model. These new suspensions provide ample dampening and deliver a good comfortable ride, no matter what roads you travel on.

Onto theses suspensions, further we have 17 inch rims on the front and rear. On the front, the Pulsars get a 100-70-17 section tyre, while on the rear they get a 130-60-17 section tyre. These rubbers are provided by MRF, and belong to the Revz series of tyres. They provide ample grip and traction, may it be on the tarmac race track, or the daily broken city roads or the highway. For braking, the Pulsar250s get a 300mm disk upfront, while on the rear box type swingarm, sits a 230mm disk brake. The brakes are manufactured by Gremica, which is a supplier to Bybre in India. In terms of technology though, both the F250 and N250 get only a single channel ABS option, which to me personally didn’t go really well. Bajaj could have given the option of a dual channel ABS to please a more wider segment of customers. The brakes too provide excellent feedback and control to the rider. The real wheel does manage to lockup under hard braking scenarios though. Its super-moto mode through out the Pulsar 250s life time.

In terms of other features, the Pulsar250s miss out on the fancy features like Bluetooth connectivity or navigation support. But with the lag in the system and hassles involved in connecting your mobile application to the mobile, I would any day prefer my mobile on the mobile mount right there on the handle bar. The Pulsars do get a USB charging port though, which one can use to charge their mobiles or other devices. In terms of braking, it gets a Single channel ABS only. The lighting setup is ALL LED, right from headlamp, to taillamp to the side indicators.
What else in updated? Well, the New pulsar250s now get an infinity display instrument cluster. The instrument cluster is all new and is a combination of digital and analogue setup. The tachometer is analogue type, while the infinity digital display gives you information like the speedometer, digital clock, fuel gauge, 2 trip meters, Distance to Empty and a gear indicator. The other half of the meter houses the indicator lamps for check engine, ABS malfunction, indicators on and the low oil pressure indicator.

Priced at 1.38L for the N250 and 1.40L for the F250, Bajaj has certainly delivered a promising product offering with a minimalist price hike. In terms of performance & design, it ticks all the right boxes, though 1 too would have certainly loved having a 6th gear out there. Would have made the overall ride a more vibe free experience in top end. Other than that, the bike gets a complete fibre plastic body, which overtime will start making vibration sound, which one must make peace with. At the price tag its offered at, the Pulsars certainly comes forward as very good offerings when you compare it with other 250cc motorcycles which cost atleast 20-25k more ex-showroom and all they are cater to is the commuter market, which the Pulsars also are positioned as.

Should you buy it ? Well that’s for you to decide. I would surely love to have a F250 down in my garage. Period.! 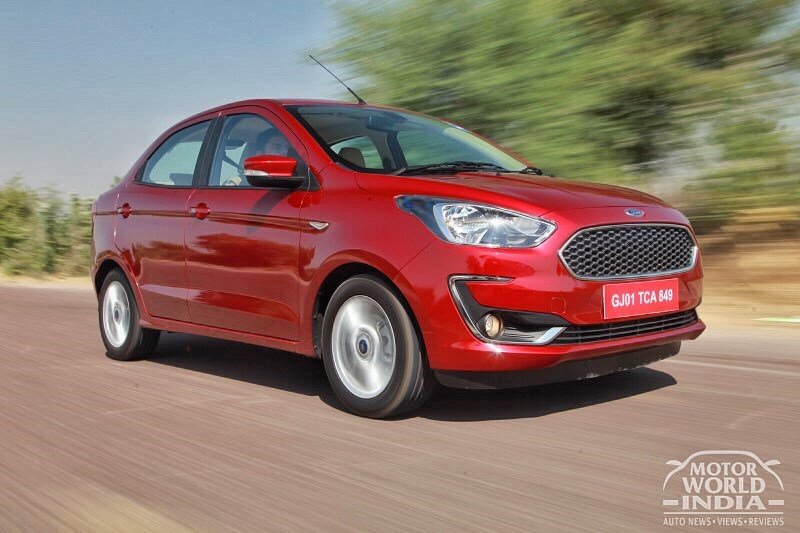 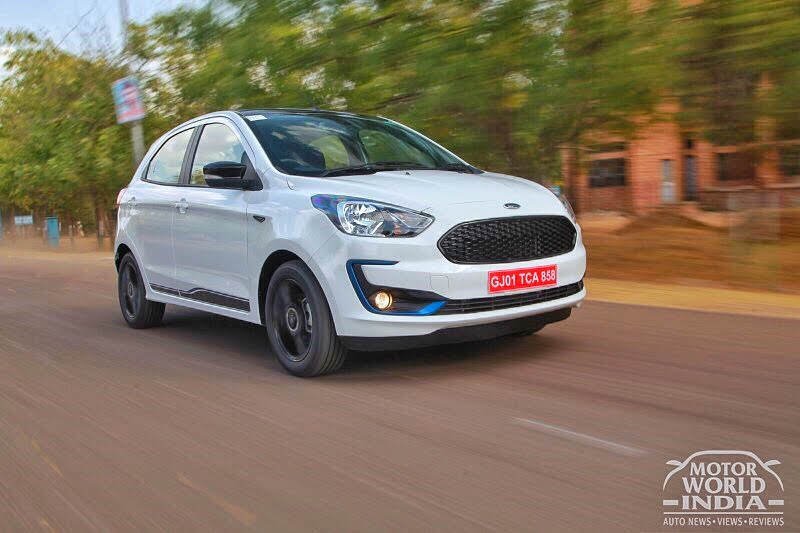 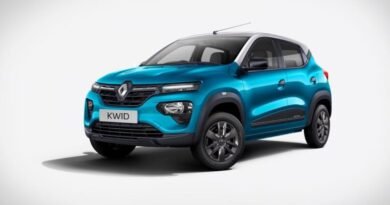 Renault continues to expand sales and service touchpoints in India