Ford says there is something unique about their India’s latest television campaign – Discover the More in You – as it does not just convey the world-class features or value that a Ford UV like EcoSport, Freestyle or Endeavour possess.

Instead, it goes on to celebrate the spirit of a changing India where UV owners are fueling discoveries of their inner selves & making a difference to the world around them.

Through a series of three thought-provoking and emotional stories, the campaign – Discover the More in You – touches upon the pertinent issues from our society, requiring discussion and debate. The campaign shows the owners taking actions, and being the change needed to build a better India.

The first commercial in the series of three goes on-air on television and social channels during the ongoing ICC World Cup, starting with India-South Africa match on Wednesday, June 5 and brings the issue of road-rage into focus.

Titled Good Rowdies, the commercial opens with two-friends, out on a highway in their Ford Endeavour, encountering a group of youngsters with complete disregard to lane driving and traffic rules. The group overtakes the Ford Endeavour in a brash manner, forcing the protagonist to bring the SUV to a complete halt.

Filled with a surprise, the Commercial sees the co-passenger in Ford Endeavour getting raged and looking to teach the rowdy boys a lesson. The moment, however, becomes a journey of self-discovery for the protagonist who, not only resists the temptation but also advises against using the power to chase the wrong.

BBDO’s first creative campaign for Ford India has been led under the creative supervision of Josy Paul, Anunay Rai & Gaurangi Mathur. The three TVCs have been directed by ace filmmaker Shimit Amin.

“Our latest campaign – Discover The More in You – draws from experiences of our customers for whom these situations in their Ford SUV led to self-discovery, making them choose what was right,” said Rahul Gautam, vice president marketing, at Ford India. “Not only does it reflect a progressive outlook to societal issues but also a special aspect of human-machine interaction.”

Bold, aggressive and ready to take on any challenges that the road may throw at them, Ford’s sport utility vehicles (SUV) form the core of the campaign. The SUVs in the commercials are also a reflection on the spirit of new-age, optimistic Indian customers who are driving the change they want to see in society. These customers are firmly grounded and strongly believe in being the bigger person when the situation demands. 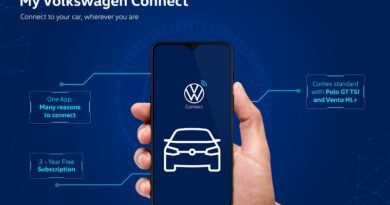