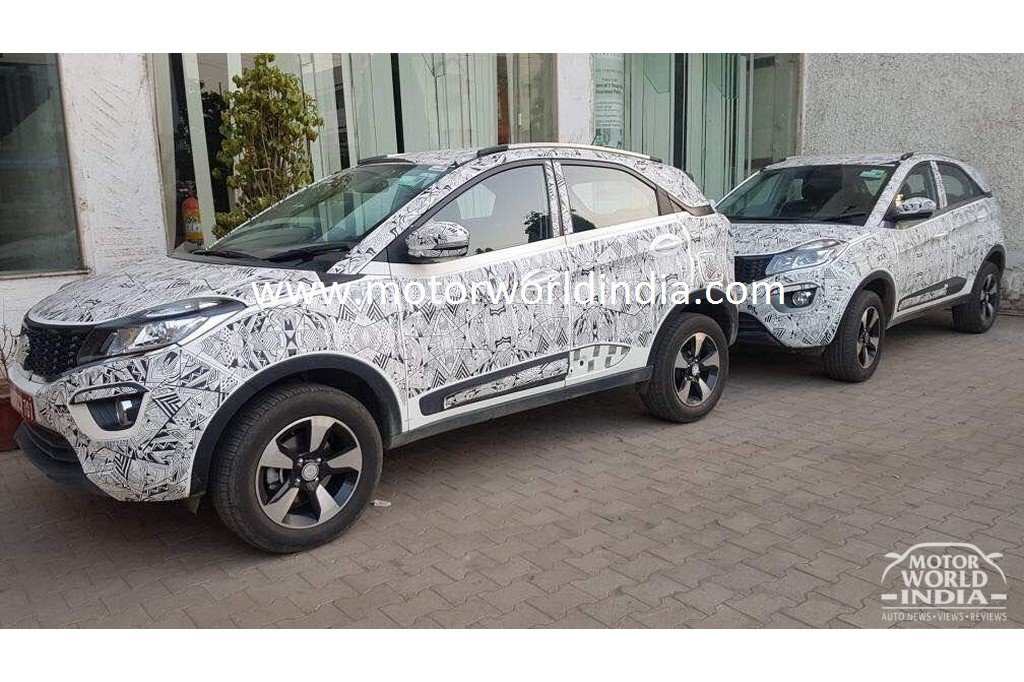 Tata Nexon is set to launch at the start of this festive season and will take on the 2017 Ford Ecosport facelift and Maruti Vitara Brezza in the process. 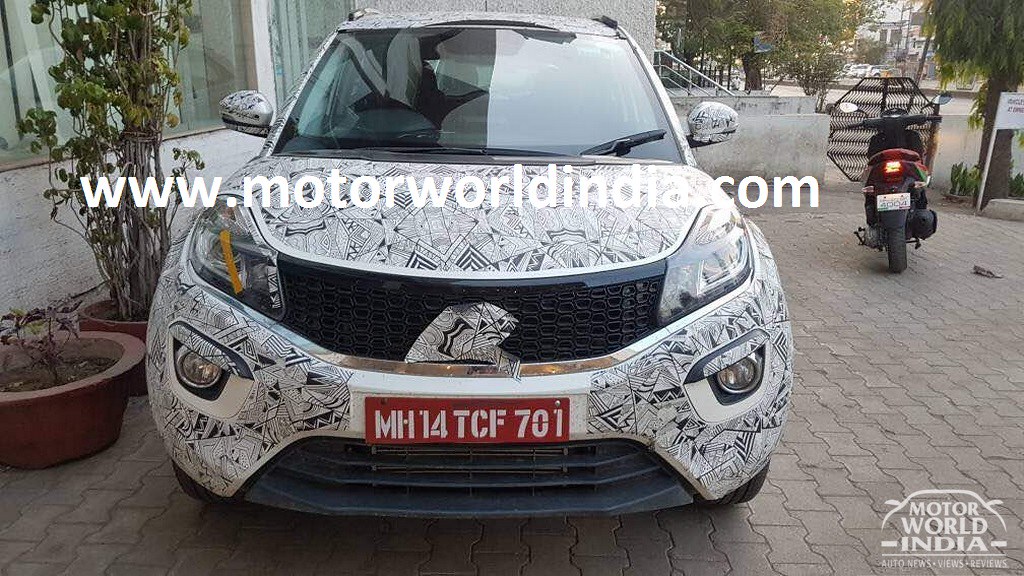 Tata Motors is gearing up for the launch of the Nexon SUV very soon. It was recently showcased at the 2017 Geneva Motor Show where a few mechanical details were revealed too. The Tata Nexon will duck under the 4-metre mark to benefit from the Indian taxing laws. The mini SUV looks sporty and aggressive with a wide front grille which also integrate the headlamps into them. The headlamp consist of projector units. There is a new fog lamp cluster while black plastic cladding runs all around the vehicle. The rear will see a pair of LED taillights and high mounted roof spoiler. 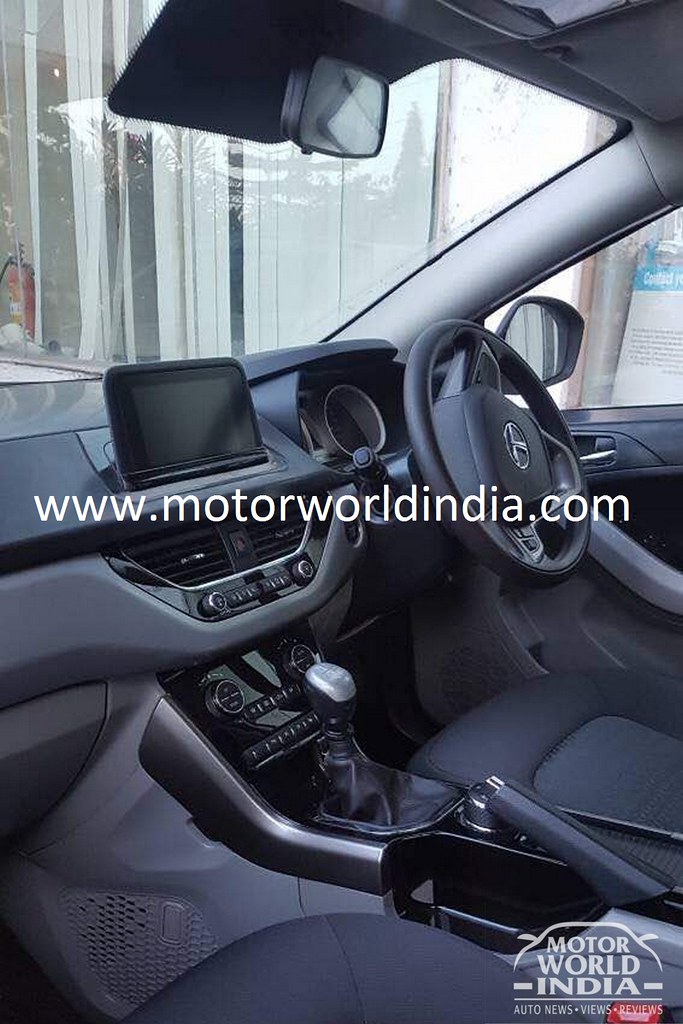 Our reader who prefers to be anonymous got some of the clearest pics of the interiors of the Tata Nexon yet. The car will come with an all black theme interior and will get features like a multi-function steering wheel, automatic climate control, drive modes, a touchscreen infotainment system and a high end sound system sourced from Harman. On the test cars, we also spotted a new round knob besides the hand brake lever. This knob could be an i-Drive like controller for the infotainment system. It is similar to the one used on the off-road drive modes found on the Tata Hexa. So is the Nexon coming with an AWD system? We would be pleasantly surprised if it does! 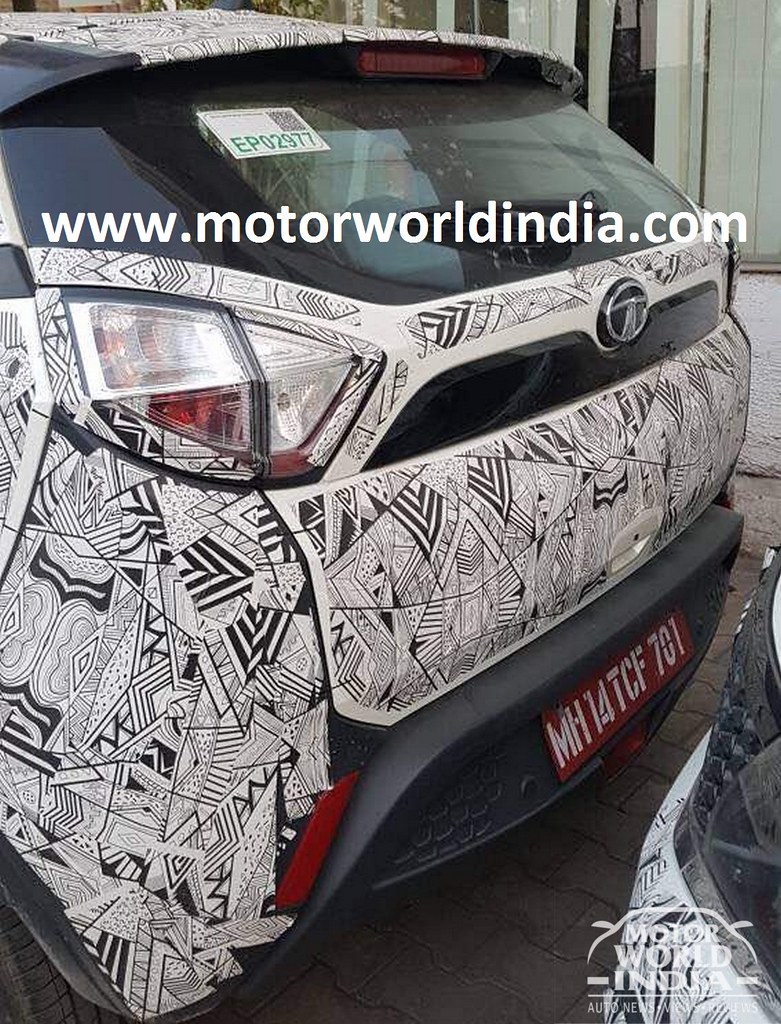 The Tata Nexon will be powered only by a brand new 1.5-litre 4-cylinder diesel motor mated to a 6-speed manual gearbox. The engine will produce approximately 100 HP of max power which will be sent to the front wheels. Safety features will include 2 airbags, ABS, Corner Stability Control and a dual path suspension. The car was spotted testing around Pune city, so in case you spot this upcoming mini SUV, don’t forget to get in touch with us, on our Facebook page and Twitter handle. 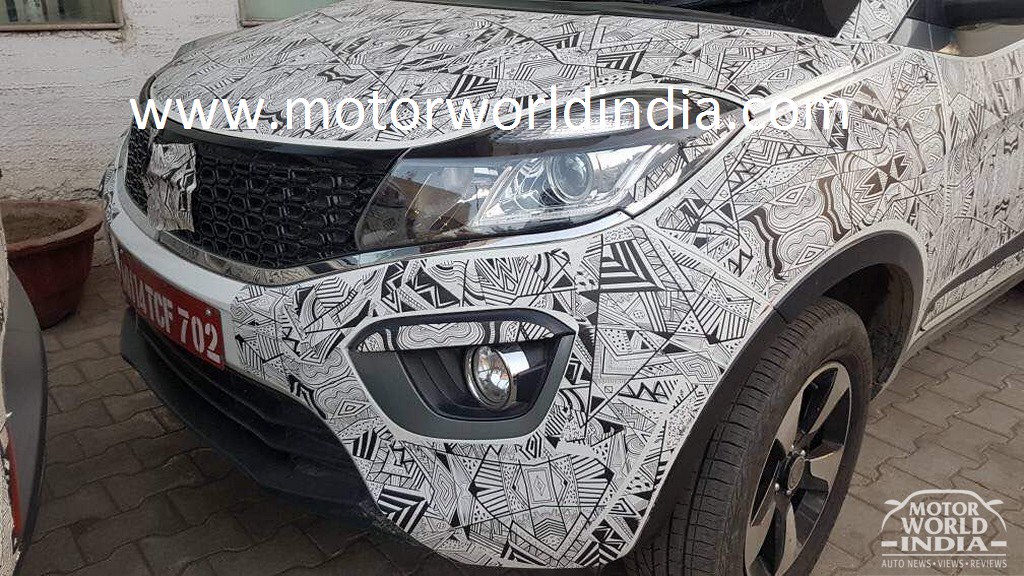 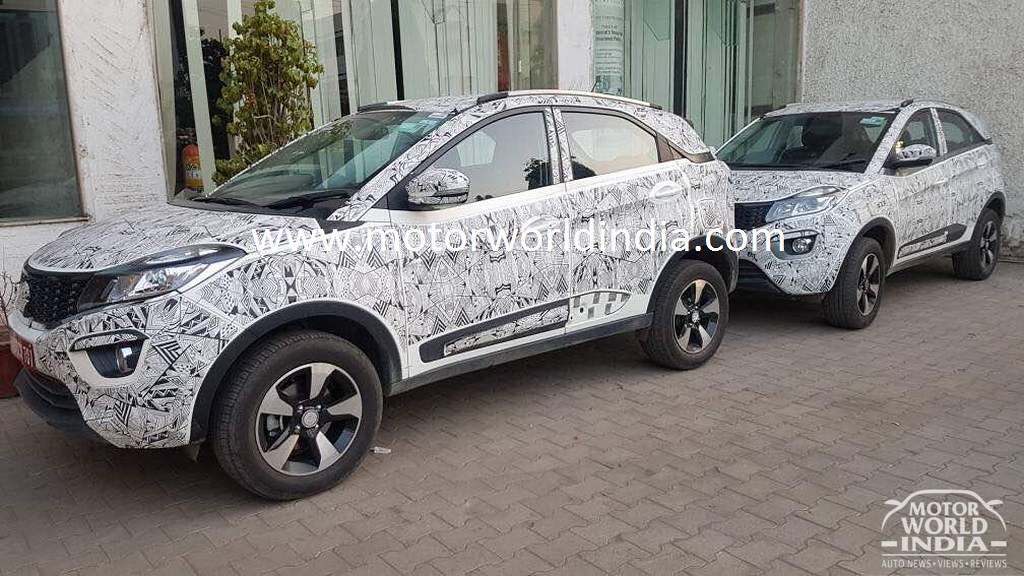 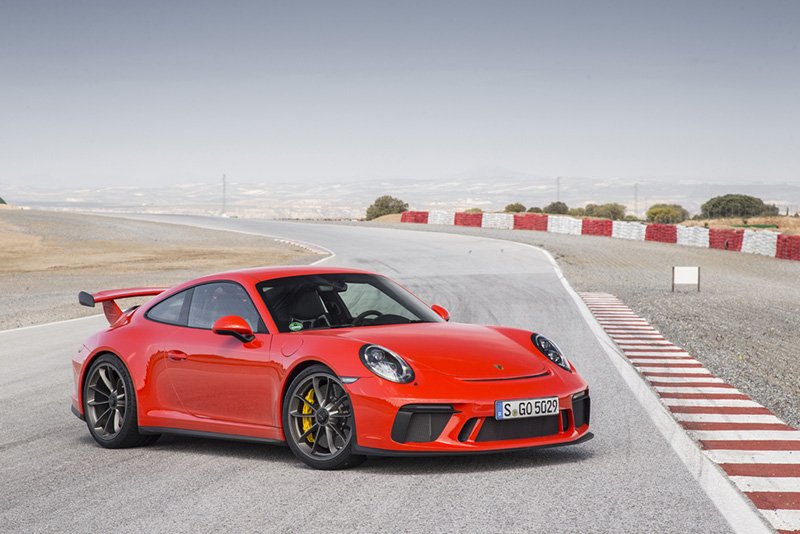 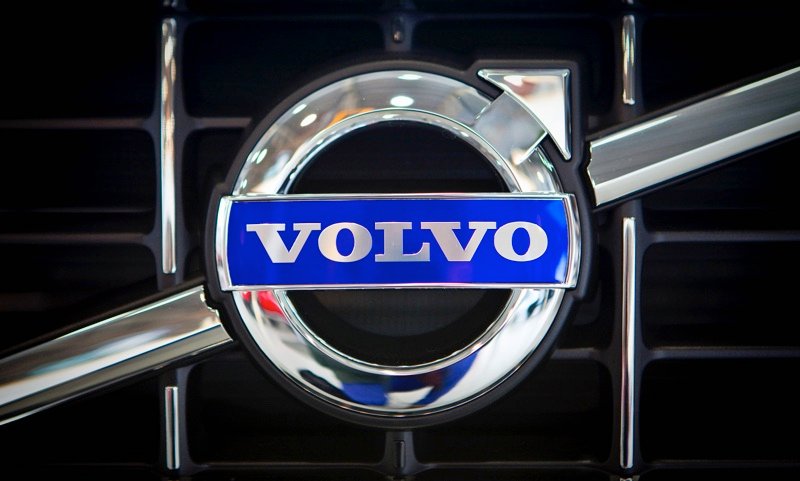