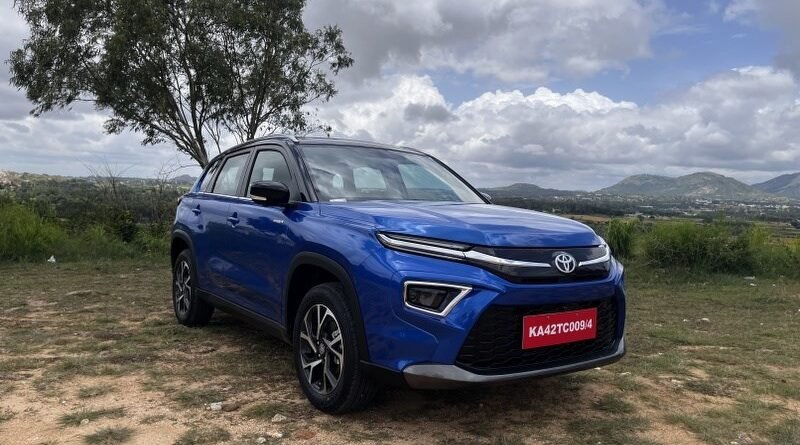 Toyota has always been a brand that has pushed for and excelled in Hybrid technology. So far the Japanese car maker had the Camry and the Prius as their Hybrid models for India. Both these models are positioned in the Rs. 35+ Lakh price segment. Now Toyota wants to get the Hybrid technology for the masses with the Urban Cruiser Hyryder which is their first Compact SUV for India and also becomes the first Full Hybrid SUV when launched shortly. We head to lovely Bengaluru to get our hands on and experience the Toyota Hyryder for our detailed road test review getting you all the details on it.

The Hyryder has been jointly developed by Toyota and Suzuki where Maruti Suzuki will also sell their version as the Grand Vitara. Both the Hyryder and the Grand Vitara would be manufactured by Toyota at their Bidadi plant. The Hyryder is based on the latest generation Global model Suzuki S-Cross on Suzuki’s Global C platform. The Toyota Hyryder will be available in Mild Hybrid and Full Hybrid versions. The Hyryder becomes the first compact SUV model from Toyota here in India, a segment where they were sorely missing so far. The Hyryder was globally unveiled by Toyota in June 2022 in New Delhi. Toyota also plans to export the Hyryder to a few countries once production starts in August.

In terms of looks the Toyota Hyryder appears like typical Japanese designed SUV. The face comes with a glossy faux carbon fiber finish grille with a thick chrome strip that bisects into the slim design twin LED DRL’s that also double up as turn indicators. The front bumper comes with a wide air dam and a faux skid plate in silver. Projector type head lamps are placed on the extreme corners of the bumper with chrome surrounds highlighting them. The bonnet gets a couple of character lines defining it.

The sides are defined with squared out wheel arches with unpainted fiber cladding adding to the SUV look. The running board also gets this fiber cladding. The door handles come in body color and gets request buttons on the front. The waist line gets a smooth character line that runs across the length of the car ending on the tail lamps. The Hyryder we drove came in dualtone color with the top being finished in black. The roof gets a huge panoramic sun roof where both the front and rear pane opens and also an shark fin radio antenna. Fenders get the Hybrid badge while the SUV drives on 215/60 R17 sized tyres with multi spoke dualtone alloys. The sides get some highlight with the large glass area which includes a big fixed quarter glass and a slim chrome strip that runs on the lower section of the windows.

The rear section on the Hyryder is uniquely styled with twin C shaped LED tail lamps placed in flushed fashion where one tail lamp extends itself into the tail gate. These slim shaped tail lamps are mated with a thick chrome strip that runs across the boot lid just above the number plate. The rear windshield is large in size and comes with wash wipe.

Rear spoiler is again large sized and also houses a stop lamp. The rear bumper gets a interestingly designed turn indicator, stop reflector and reverse light all stacked one above the other vertically on the edge. Like the front the rear bumper also houses a large sized faux skid plate in silver finish completing the brute SUV look to the Hyryder.

Once you step inside the Hyryder you instantly notice its well appointed cabin. The dashboard is designed cleverly in a layered fashion where the top section is in black while the lower section is wrapped in tan faux leather finish giving that fermium feel. The edges of this faux leather padding also get hand stitching while just above this is a silver insert that bisects the top and the bottom of the dash. The key highlight of the dash is the 9 inch floating design touch screen infotainment system that is derived from latest generation Maruti Suzuki’s SmartPlay system with all the connectivity options in place which include Apple CarPlay, Android Auto, wireless Bluetooth, FM radio, and voice control.

The instrument cluster is a color TFT screen that displays out all the tell tale information needed in terms of drive mode, battery charge status, speedo, engine regeneration in clear and crisp fashion. The display changes color as you toggle between the drive modes (normal, eco and sport). The steering is a three spoke design with leather wrapping and metal inserts. MFD buttons are placed on it while you can manually adjust this steering for height and rake.

On the right of the steering into the dash is placed the start stop button in cool blue color and heads up display activation button. The door pads get glossy black inserts with leather padding and silver garnish completing the premium cabin appeal.

Seats get perforated faux leather upholstery and come in dual tone color. Drivers seat gets manual adjust for height. The seats get large head rests in the front while the seats offer excellent comfort, back support, leg room and visibility of the road ahead. At the rear you get three adjustable head rests and a folding arm rest to enhance comfort. You also get padded arm rests in the door pads, rear ac vents and USB charge ports for the rear passenger.

Rear seat comfort is very good and you can extend the comfort using the seats recline option. Legroom, head and knee room is abundant with lower back and under thigh support also being very good. The passenger in the middle gets decent seating space. Overall the Hyryder offers loads of space and comfort in its cabin area. Lots of light comes into the cabin area due to the huge panoramic dual opening glass roof.

The Toyota Hyryder comes with a boot capacity of 280 liters with a cleverly designed floor that turns into an extra shelf due to the Hybrid battery that intrudes into the boot area.

The Toyota Hyryder will be available in two engine options, one the full Hybrid that we drove that gets its power from the 1.5-litre, three-cylinder strong hybrid (SHEV) engine developed by Toyota that has puts out a combined output of 116 hp (92 hp from the engine and 80 hp from the electric motor). In terms of torque output, the petrol engine develops 122 Nm while the electric motor puts out 141 Nm. This Hybrid setup gets a sole e-Drive automatic gearbox option. According to Toyota, the SHEV powertrain is be the most fuel-efficient models in the midsize SUV segment with a claimed fuel economy of 27.97kmpl.

The mild hybrid version which we will drive later comes powered by the Suzuki sourced K-Series 1.5L engine with 102hp and 131Nm of torque mated to either a 5-speed manual or a 6-speed automatic transmission. This version also has an All Wheel Drive option too. Driving an Hybrid vehicle is always an different experience and the Hyryder too gave us just that. The car starts in full EV mode with zero noise or vibes felt. Shift to Drive and you can actually drive it in full EV mode for around 20-25kms if your battery is fully charged. If you accelerate further the ICE engine comes to life and both the engine plus the Motor power the car. You can actually see all this working on the instrument cluster and also on the HUD. You see graphic if the engine is powering the wheels, or the battery is or if both are powering and if you are coasting or braking you see the battery getting the charge from regeneration.

The power delivery is extremely smooth and linear. The cabin feels silent and comfortable with the suspension setup well tuned for our conditions offering an excellent damping to all road conditions. In real world drive conditions we were seeing a fuel economy of 19kmpl in city and around 22.5kmpl on highways which we are sure can be bettered. The electric power steering feels well weighted and the all wheel disc brake setup does its job rather well. During over taking maneuvers the Hyryder did not hesitate to chug ahead instantly with both the motor and engine giving out their best. Bottom line here being a very sorted and a comfortable drive quality is what the Toyota Urban Cruiser Hyryder has to offer in real world driving conditions.

The Toyota Urban Cruiser Hyryder goes up against the likes of the Hyundai Creta, Kia Seltos, Volkswagen Taigun, Skoda Kushaq, MG Hector, MG Astor and the Tata Safari, not forgetting its sibling the upcoming Maruti Suzuki Grand Vitara all of which except the last one is a Hybrid.

Toyota has been kings of Hybrid technology always and the Urban Cruiser Hyryder is the best example of their learning’s all got together into a fine product for the masses. Yes Toyota has been late to enter the Compact SUV segment but here they are and with a bang, with a product that’s unique and different as compared to the competition. We always prefer the Hybrid tech over EV as the infrastructure and logistics in our country is not yet fully ready for Pure EV’s hence something like this is a perfect option to go for if you want a fuel efficient green mile killing SUV that is a complete head turner too. Toyota Urban Cruiser Hyryder is here and it is like nothing else that the segment has yet seen. 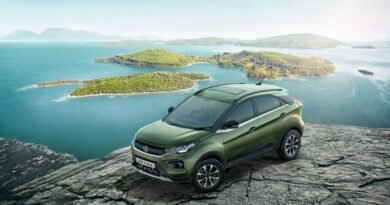 Tata Nexon becomes the first made in India car to be listed in IDIS . 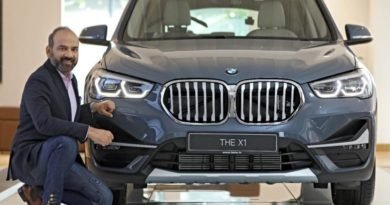 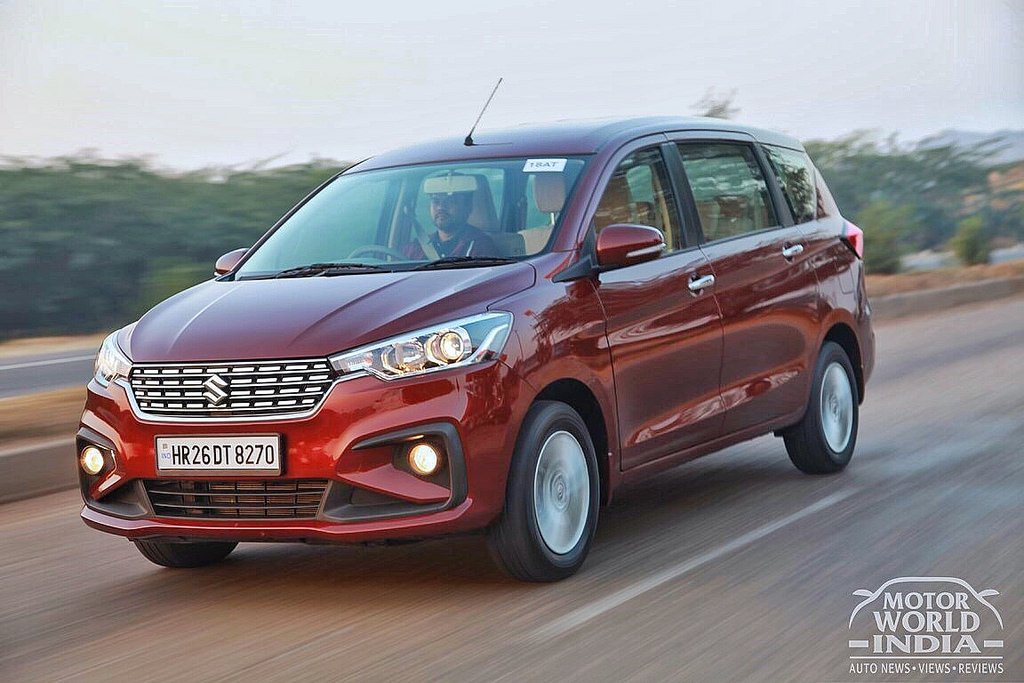